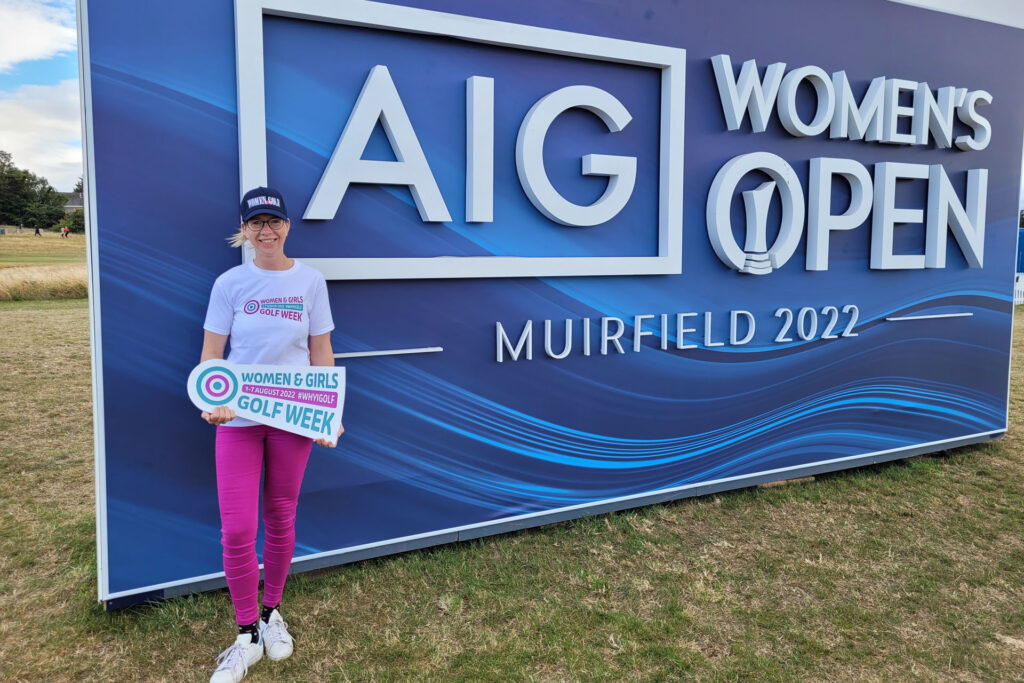 Women and Girls Golf Week has been praised for once again shining a light on the amazing opportunities available to females of all ages and backgrounds looking to play or forge a career in the sport.

Over the course of seven days from Monday August 1, England Golf’s digital campaign used the positive power of social media to champion the women’s game and offer new ideas to the next generation of players.

With themes ranging from careers to volunteers, role models to competing, there were also contributions from well-known amateurs currently making their way in the game including this year’s Slingsby Golf Academy cadets Zara Phillips, Judy Murray, Anna Woolhouse and Dr Zoe Williams.

Monday was all about careers and we heard from 11 women who told us why they love working in the golf industry. W&G's Charlotte detailed her career in golf and we kick-started our blog series with PGA Captain Sarah Bennett.

Tuesday the focus shifted to volunteers with Jane Bathurst from the Surrey Ladies County Golf Association telling us about her experiences volunteering at The Open.

With the theme on Wednesday being about Golf & Health, we wanted to talk about the potential benefits that golf may bring when you are going through menopause.

Thursday focussed on competing and we were able to get insights from Sharna Dutrieux who is starting out on her professional journey and contrastingly from Rachel Drummond who is leaving professional golf behind to focus on a new career path in golf.

Friday's theme of Role Models allowed us to highlight some of the inspirational women from EDGA, whilst Saturday we got the thoughts of women who were new to the sport from members of Skratch Women.

Finally, it was about encouraging others into the game, so we put together a handy guide for those women looking to get into golf.

Support from Clubs and Associations

Clubs across England got on board to amplify the message and stage events ranging from a non-golfer evening at Beau Desert Golf Club in Staffordshire to a ‘Putting and Prosecco’ night at Shooters Hill Golf Club in Greenwich.

The Muslim Golf Association also took over Leeds Golf Centre for a girls coaching session aimed at introducing the sport to a new audience.

Counties supported the campaign and individual golfers chipped in with their stories using the hashtag #WhyIGolf.

Prior to the week, England Golf also staged a #WhyIGolf event to coincide with the English Girls’ Open Amateur Stroke Play Championship at Wilmslow Golf Club in Cheshire.

Beginner girls were introduced to the game, offered fun welcome lessons by local PGA pros and given the chance to chat with Rhian Barton, a female greenkeeper helping to break down barriers in her chosen career field.

Aligning with the AIG Women's Open

Women and Girls Golf Week was set against the impressive backdrop of the AIG Women’s Open at Muirfield – the most prestigious professional tournament on the schedule.

“It was fantastic to see so much positivity about the ongoing efforts to bring the game of golf to life for women and girls all over England.

“It’s been such a breakthrough summer for women’s sport in this country with the Lionesses winning the Euros on home soil and so many outstanding female athletes starring at the Commonwealth Games in Birmingham.

“In golf, we also have our homegrown superstars to be proud of, but the Georgia Halls and Bronte Laws of this world all started off as novice beginners and required their love of the game to be fuelled by volunteers and coaches at their clubs.

“Golf is open to all, it’s a healthy, vibrant and fun sport and this campaign is designed to showcase all that’s good about the game.

“There are a wide variety of jobs in the golf industry for women to pursue and it’s exciting to watch this aspect of Women and Girls Golf Week grow over the last five years to the point where more and more people are switched on to the opportunities that are available.”

Next year’s Women and Girls Golf Week activities will once again be centred around the AIG Women’s Open which will be held at Walton Heath Golf Club in Surrey.