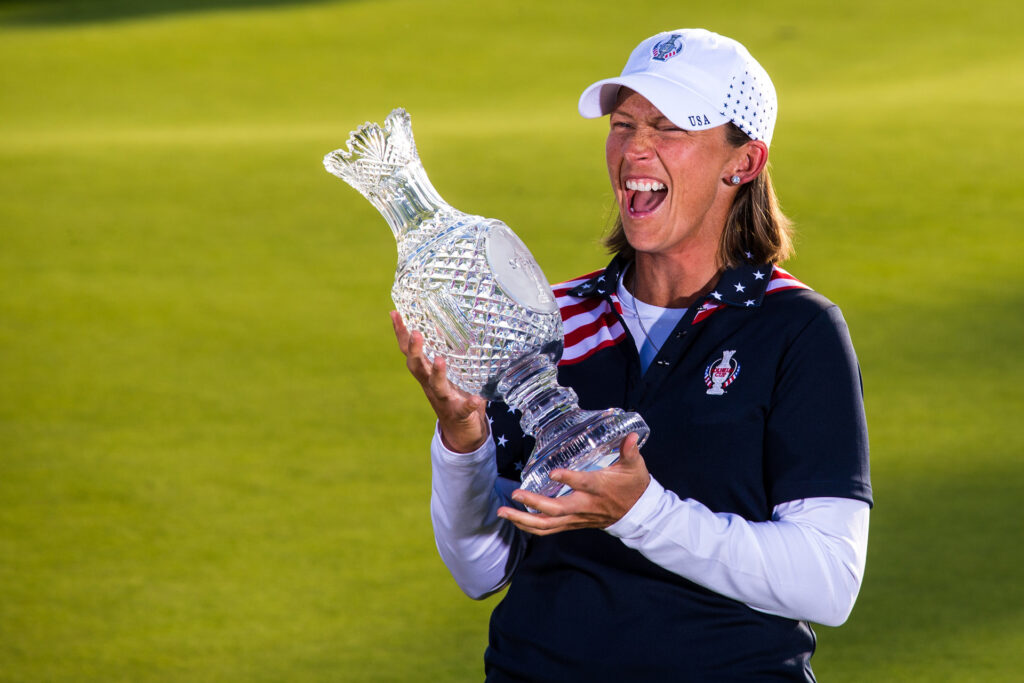 Angela Stanford, the 2018 Amundi Evian Championship winner and six-time veteran of Team USA has been picked to be assistant captain by Captain Stacy Lewis

USA Solheim Cup Captain Stacy Lewis has selected Angela Stanford as her third assistant captain of the 2023 U.S. Solheim Cup Team. Stanford, the 2018 Amundi Evian Championship winner and a six-time member of the USA Team, joins Morgan Pressel and Natalie Gulbis as assistant captains, working with Lewis and the top 12 American female golfers at the Solheim Cup, which will be held at Finca Cortesin in Spain on Sept. 22-24, 2023.

“I’ve known Angela for a long time and I’m so happy that she agreed to work with me at the 2023 Solheim Cup,” said Lewis. “Angela has a great eye for statistics, finding the little details that go into picking the best players and making the right line-up combinations. As we look ahead to our week in Spain, I know that I have three great people – and great friends – who will work with me to bring these players the best experience, on both sides of the ropes.”

“I am extremely honored and excited to be part of Stacy’s team in 2023. Stacy’s passion for women’s golf and the Solheim Cup is truly awesome. Anyone who knows me knows how much I love the Solheim Cup, and I’m so happy to represent my country again,” said Stanford. “I look forward to the opportunity to learn from Stacy, Morgan and Natalie, and work to bring the Cup back to America!”

The 2023 Solheim Cup will be held at Finca Cortesin in Spain on September 22-24, with Suzann Pettersen serving as captain for Team Europe. Information on ticket options and prices is available at solheimcup2023.eu.

It's one year to go until the Solheim Cup - here's all you need to know.