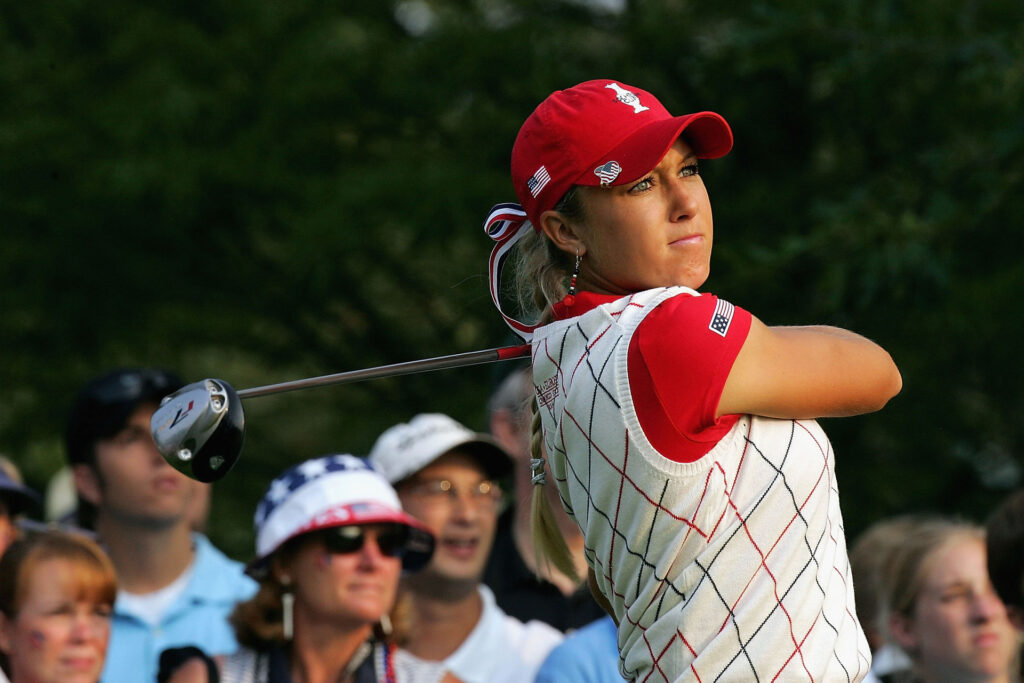 Natalie Gulbis, the 2007 Evian Masters winner and three-time veteran of Team USA has been picked to be assistant captain by Captain Stacy Lewis

“When I accepted this captaincy, I knew that I wanted the team around me to love this event as much as I do. Natalie completely fits that role,” said Lewis. “She’s been a great friend since my rookie year, and I knew that she would be perfect as one of my assistant captains. Natalie has been a fantastic resource for me throughout my career, both personally and professionally, and I know her positive spirit will be an awesome influence in the team room.”

In 2007, Gulbis won the Evian Masters, the predecessor to the Amundi Evian Championship, with a birdie on the second playoff hole. She played on the victorious 2005, 2007 and 2009 USA Solheim Cup teams, notching a 5-4-1 record, including an undefeated 2-0-1 performance in singles matches. Gulbis has been an LPGA Tour Member since 2002 after spending one year at the University of Arizona, where she earned First-Team All-America and All-Pac-10 honors.

Off the course, Gulbis is active in promoting educational, health and fitness opportunities for children. She is a long-time ambassador for the Boys and Girls Clubs of Southern Nevada, sponsoring the Natalie Gulbis Club in her Las Vegas hometown. She also serves nationally on the President’s Council on Sports, Fitness and Nutrition.

“There’s nothing more inspiring than wearing the Red, White and Blue and representing the United States. Playing on my three Solheim Cup teams is among the highlights of my career, and I was so excited when Stacy asked me to work with her for the 2023 squad,” said Gulbis. “I absolutely love anything that involves a team and getting to work together toward a common goal. Our week in Spain is going to be an amazing experience, as will joining with Stacy, Morgan and the rest of the team to bring our best American spirit to the course.”

The 2023 Solheim Cup will be held at Finca Cortesin in Spain on September 22-24, with Suzann Pettersen serving as captain for Team Europe. Information on ticket options and prices is available at solheimcup2023.eu.