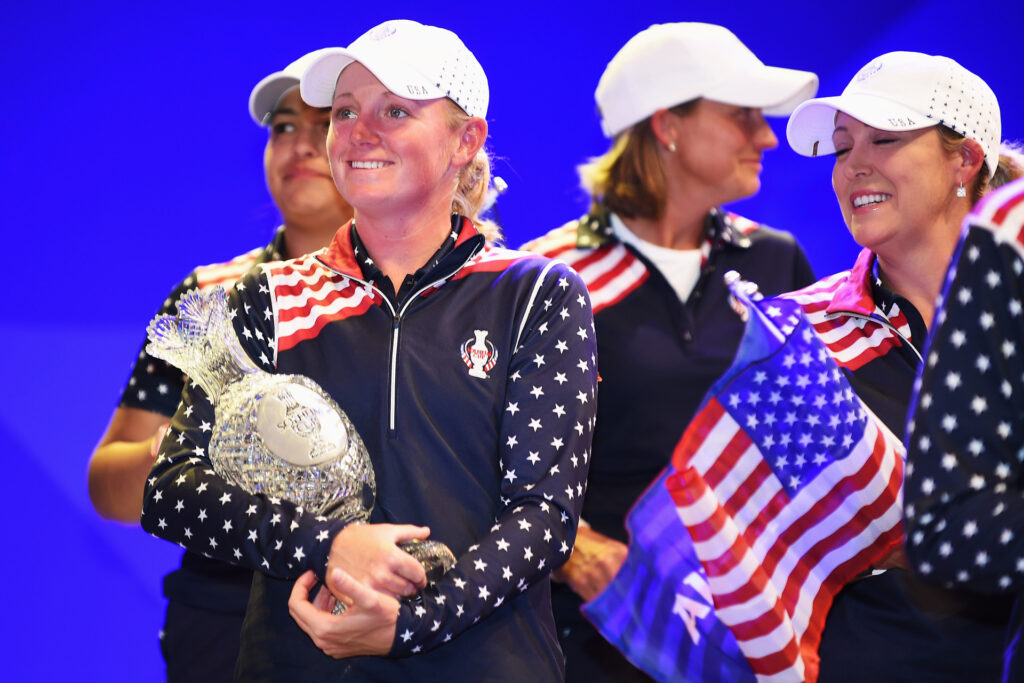 Two-time major champion Stacy Lewis has been named captain of the 2023 USA Solheim Cup Team. Lewis, a four-time member of Team USA, will lead a team of the top 12 American female golfers as they work to reclaim the Solheim Cup from Team Europe at Finca Cortesin in Spain on September 22-24.

Of her appointment Lewis said:

“To be named captain for the USA Solheim Cup Team is an incredible honor and I’m beyond grateful to the Committee for choosing me. I have so many amazing memories from my years on the team and the two opportunities I’ve had to work alongside the team. I absolutely love the Solheim Cup and I want 2023 to be as great an experience for my team as my years wearing Red, White and Blue have been for me.”

Lewis represented the USA on the 2011, 2013, 2015 and 2017 Solheim Cup Teams. In 2019, Lewis served as an unofficial assistant captain under Juli Inkster after withdrawing from competition due to injury, and she worked in that role in an official capacity under Pat Hurst in 2021. At 38 years, 7 months and 6 days old on the first day of competition in 2023, she will be the youngest American captain in Solheim Cup history and the second-youngest captain for either side. Patty Sheehan was 45 when she served as USA captain in 2002, while Catrin Nilsmark was 36 when she was the European captain in 2003.

“I have learned so much from the past captains on the Solheim Cup Committee, and the fact that they chose me to lead this team is one of the proudest moments of my career. Juli gave me my first taste of captaincy when she asked me to help her with the singles lineup in Germany in 2015. Being an assistant captain for Pat was honestly the most fun week I’ve had at a Solheim Cup. I’m more than ready to step into this role.”

Prior to joining the LPGA Tour, Lewis enjoyed a standout amateur career as a four-time All-American at the University of Arkansas, taking the NCAA Division I national title in 2007 as one of her 12 titles. She graduated in 2008 with a degree in finance and accounting, the same year she became the first player in Curtis Cup history to go 5-0 during a 13-7 USA victory over Great Britain and Ireland on the Old Course at St Andrews.

Lewis is married to Gerrod Chadwell, the head women’s golf coach at Texas A&M University, and has a 3-year-old daughter, Chesnee. She currently serves as a Player Director on the LPGA Board of Directors.

The 2023 Solheim Cup will be held at Finca Cortesin in Spain on Sept. 22-24, with Suzann Pettersen serving as captain for Team Europe.

Information on ticket options and prices is available at solheimcup2023.eu