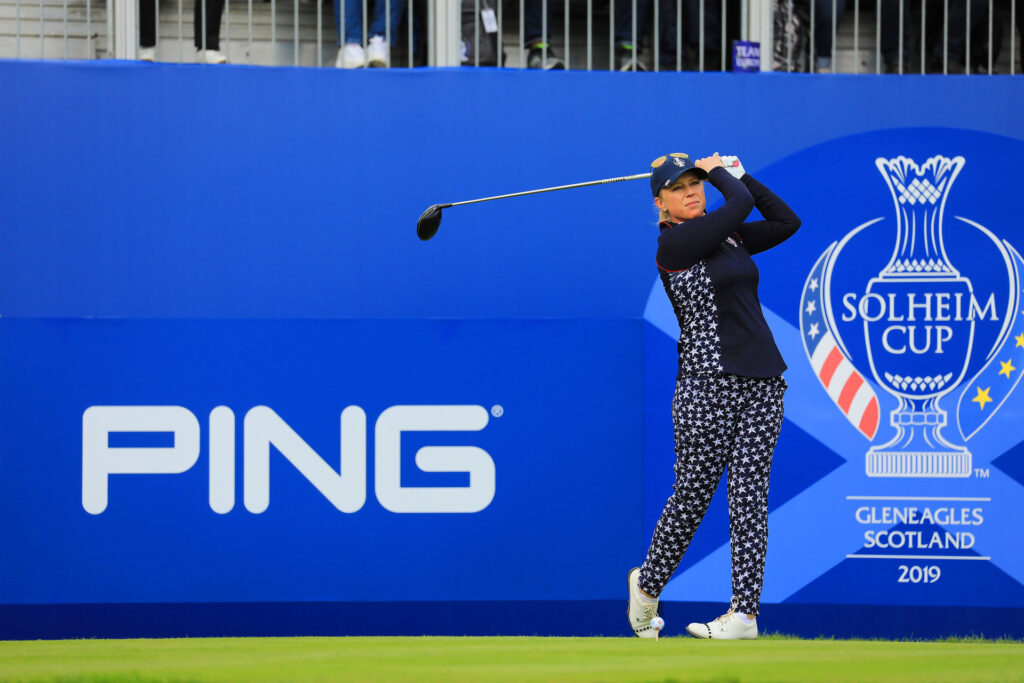 Morgan Pressel, the 2007 Chevron Championship winner, is a six-time veteran of Team USA and will assist Captain Stacy Lewis in 2023.

USA Solheim Cup Captain Stacy Lewis has selected Morgan Pressel as an assistant captain of the 2023 USA Solheim Cup Team. Pressel, the 2007 Chevron Championship winner and a six-time member of Team USA, will work alongside Lewis to lead a team of the top 12 American female golfers at the Solheim Cup, being held at Finca Cortesin in Spain on September 22-24, 2023.

Lewis said of her choice:

“When I started thinking about assistant captains, I knew that I wanted people with a true love for the Solheim Cup. Morgan was immediately at the top of my list. Her passion for the Solheim Cup and her competitive energy will be great assets to Team USA. I’ve known her for years as a competitor and friend, and I’m happy to have her with me as we spend the next year building a great team.”

"The Solheim Cup is the greatest exhibition in our sport"

“The Solheim Cup is the greatest exhibition in our sport, bringing unrivaled passion and energy, and it has always been one of my favorite events. I am honored and excited for the opportunity to support Stacy in her journey as captain of Team USA! We have been on many teams together, and now to help her and Team USA in Spain as an assistant captain will be a tremendous highlight in my career.”

Prior to joining the LPGA Tour, Pressel was one of the country’s leading amateur players. In June 2005, she finished as co-runner-up at the U.S. Women’s Open. Just two months later, she won the U.S. Women’s Amateur. She was also a member of the 2002 and 2005 Junior Solheim Cup teams, making her the first former junior player to serve as an assistant captain for the professional squad.

Outside the ropes, Pressel is very active in raising funds for breast cancer research. The Morgan Pressel Foundation has a mission to raise funds to fight cancer, primarily breast cancer, through early diagnosis, genetic counselling, development of new treatments and research. Through her foundation, she annually hosts “Morgan & Friends Fight Cancer,” a charity tournament that has raised more than $10 million. Pressel’s work is done in honour and memory of her mother, Kathryn Krickstein Pressel, who died from breast cancer in 2003 when Morgan was 15.

In January 2022, Pressel received the Arnie Award from Golf Digest, the AT&T Pebble Beach Pro-Am, the Monterey Peninsula Foundation and the Arnold & Winnie Palmer Foundation, an award given to people in the game of golf who consistently give back. In 2015, she received the Golf Writers Association of America’s Charlie Bartlett Award, given to a player who contributes to the betterment of society through charitable giving. Pressel is also an active part of the Golf Channel broadcast team, covering the LPGA Tour and the PGA Tour.

“I really think that Morgan’s work with Golf Channel will help as we look at potential players for Team USA,” said Lewis. “She’ll be on the road with the Tour, watching week in and week out but with a slightly different eye than just as a player. Her research and prep will really benefit our team building.”

The 2023 Solheim Cup will be held at Finca Cortesin in Spain on September 22-24, with Suzann Pettersen serving as captain for Team Europe.

Information on Solheim Cup ticket options and prices is available at solheimcup2023.eu.