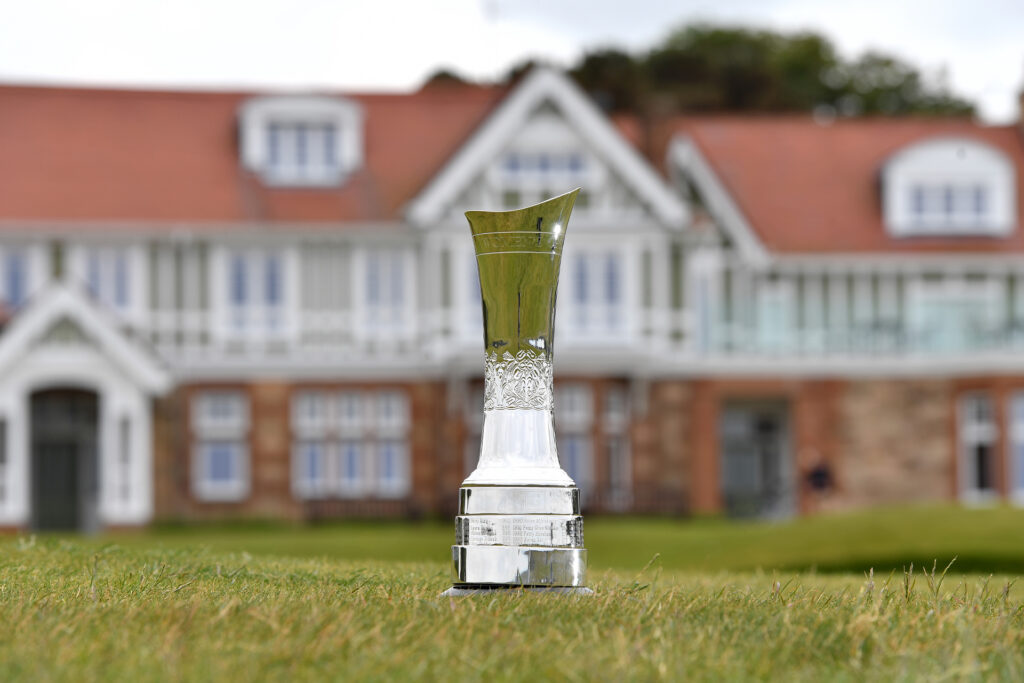 Everything you need to know about the 2022 AIG Women's Open - facts, prize money, tee times and how to watch.

It's the final Major of the year and we're going out on a big one as the AIG Women's Open makes a historic first visit to Muirfield. Muirfield hosted the Curtis Cup in 1952 and 1984 but this will be the first time that a women's professional event has been played on the links.

The club has a long association with Open championships, hosting The Open 16 times, most recently in 2013 when Phil Mickelson lifted the Claret Jug. Who will follow in the footsteps of the likes of Nick Faldo, Tom Watson, Gary Player and Lee Trevino and carve a new path for women's professional golf?

There may be a little controversy surrounding the event due to the fact that it was only five years ago that Muirfield voted to admit women members but the feeling amongst the players we have spoken to is one of great opportunity and excitement to play at such a prestigious venue.

Here's all you need to know about the 2022 AIG Women's Open.

Host: Muirfield the home of The Honourable Company of Edinburgh Golfers is situated in Gullane, East Lothian, Scotland. The first time that Muirfield has hosted a women's professional event. This is the 22nd playing of the event as a Major and 46th playing overall.

Set-up: The course will play approximately 6,680 yards, par 72 (36-36). The yardage for each round of the championship may vary due to course setup and conditions.

What do the players think about playing Muirfield for the first time?

"I've been looking forward to this week for a long time. It's one of my favourite weeks out of the year. I've had a lot of special memories playing the British Open over the years starting in 2007 when I qualified, Monday qualified as an amateur into St Andrews."

Nelly Korda is looking forward to the challenge:

Minjee Lee who won the 2022 U.S. Women's Open and has finished no worse than 11th and the last four AIG Women's Opens, is relishing the opportunity:

"I really love playing at links golf courses. I just really love like the hard conditions that we get and just how much creativity we have to think about around these types of courses. It would be really cool and a great honour to be able to win the British."

Muirfield local Catriona Matthew believes we should be looking to the future:

"I think everything is always moving forward, and now Murfield have got women members who are allowed to come and play here. I think you just have to look forward rather than look backwards."

Who is going to win?

It really is too close to call but we're going to predict that the winner of the 2022 AIG Women's Open will be a player who is currently in the top 20 of the Women's World Golf Rankings. Is the a cop out?!

Ayaka Furue is coming into this week after shooting a course record 62 at Dundonald Links last week at the Trust Golf Women's Scottish Open to win her first LPGA Tour title. Eyes will definitely be on the World number 18, as she comes in with great form and experience.

Minjee Lee has already won a Major this year but she only managed joint 43rd at the Evian Championship two weeks ago. She finished 18th and Dundonald and at a career high second in the world, you definitely can't discount her.

World number five Brooke Henderson has a Major momentum after winning the Amundi Evian Championship. Although she didn't play at the Trust Golf Women's Scottish Open, she did get some links practice playing Carnoustie.

Other players in the top 20 include: Lydia Ko, Nasa Hataoka, Atthaya Thitikul and Celine Boutier. It fair to say the wind and weather is likely to make for some interesting stories over the coming days.

How to watch the AIG Women's Open

It's definitely not wall-to-wall coverage like we had at The 150th Open. There will be 28 hours of coverage in the UK across the championship days.

Make sure you're following the LPGA, LET and AIG Women's Open on social media to keep up to date with everything that is going on.