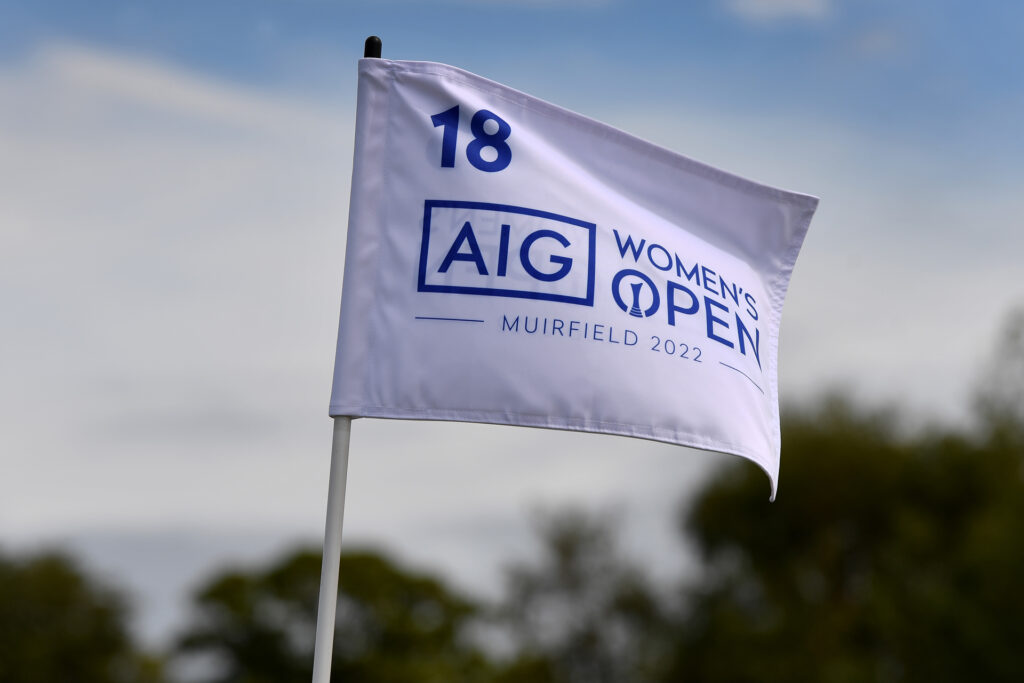 The R&A and AIG continue their drive and commitment to elevating women’s professional golf by increasing the prize fund to $7.3 million for the 2022 AIG Women’s Open

The R&A and AIG have announced an increase in prize fund for the 2022 AIG Women's Open with the winner receiving $1.095 million.

With the support of title sponsor AIG, the prize fund for the Championship has grown by 125% since 2018, the year before AIG’s partnership with The R&A commenced.

The R&A's commitment to women's golf

“But as I've said on a number of occasions, progress in prize funds needs to be commercially sustainable. We are delighted that many of our Open patrons now also support the AIG Women's Open, but we need to unlock new supporters to make sure women's golf is financially viable.

“This week is the show piece of the R&A's commitment to women's golf, but it goes much further than just this one week. It's woven into all we do. We need to increase the number of women and girls, not only playing golf, but we also need to create opportunities for women in leadership.

“And I am personally very proud of the R&A Women in Golf Leadership Development Programme which by the end of this year, will have seen a hundred women from all over the world complete the Programme, including the R&A's own Zoe Ridgway, who is the Championship Director this week.

“In AIG, we have the support of a deeply trusted partner, as we look to continue to elevate the AIG Women’s Open.”

How the AIG Women’s Open prize fund has grown

How much do the players think about the money they are playing for?

There always seems to be a lot of talk, especially with LIV golf now on the scene, about money in golf. It’s something that comes up at every Major championship. Although we’re sure players are grateful for the money that they are able to compete for, their main drive always come back to their performance on the fairways.

Georgia Hall commented on whether she thinks about the money she could win ahead of her first round at Muirfield:

“No, I don't at all. When I won this [AIG Women’s Open] four years ago, as soon as I picked the ball out of the hole, I just thought I had won the biggest event.

“I never thought about that [money] until maybe the evening when I didn't even know how much I won. I wasn't interested, I just wanted to win the AIG Women's Open.

“It's great to have that [prize money], as a professional golfer, it helps me travel around the world and gives me a better, well, easier life. But I do it for competing against the best in the world and bettering myself as a golfer and seeing what I can do.”

“I wouldn't say think about it at all really, maybe leading into the event, especially when purse sizes jump or something.

“On the women's tour, whenever we see those purse increases, we are always very excited, just to close the pay gap between the men, and also just to see the sport get bigger and to be acknowledged a little bit I think is really cool.

“But in the tournament, I don't think I'm thinking about it. I'm just thinking about my next shot and what the cut line is and what I need to do today and tomorrow. And especially on the weekend when I'm trying to climb the leaderboard, it's really just to be the best that I can and move up as many spots, and the trophy at the end.

“But money doesn't really come into it while you're playing. I think it's more before and after that you kind of celebrate.”

It’s safe to say that we have four days ahead of celebrating women’s professional golf, something that Peter Zaffino, Chairman & Chief Executive Officer of AIG is looking forward to:

“We are proud to be the title sponsor of the AIG Women’s Open and to serve as allies to women in golf, business and the communities where we live and work. Thanks to our great partnership with The R&A we continue to make progress on pay equity while raising the profile of women’s golf and showcasing the tremendous talent of the elite women athletes competing in this iconic Championship.”

The AIG Women’s Open will take place from August 4-7, 2022 at Muirfield, with tickets now on sale via aigwomensopen.com. Find out all you need to know about the AIG Women's Open in our handy guide here.