Players to watch at The Chevron Championship 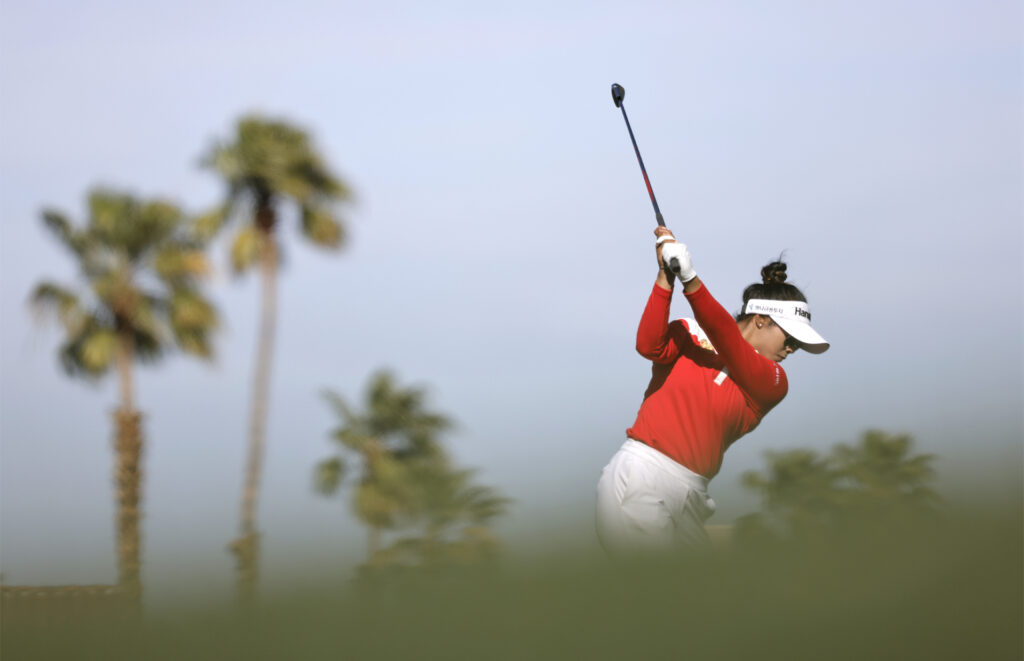 The first Major of 2022 is a big deal for more reason than one. Here are the players to watch at the Chevron Championship.

The Chevron Championship will be bittersweet this year as it’s the last time the Major will be hosted at Mission Hills.

But there’s a lot to get excited about too. It is the first Major of the year, after all.

Excluding World Number Two Nelly Korda, the field is pretty much a who’s who of women’s golf. With a new title sponsor, the prize fund has been increased significantly to $5 million.

And there’s an even bigger honour at stake other than a Major title.

As The Chevron Championship is set to move next year, it’s the last time the champion will take the winner’s jump into Poppie’s Pond – a tradition that dates back to the 80s.

Here are the players to watch at The Chevron Championship.

Tavatanakit returns to Mission Hills to retain her trophy after an incredible win last year. She finished 18 under par to claim her first Major title and will be keen to repeat her success in 2022.

Thitikul claimed her first LPGA title at the JTBC Classic on Sunday – a week before The Chevron Championship. She’s on form and feeling confident as she heads into the year’s first Major.

Koerstz Madsen lost to Thitikul in a playoff at the JTBC Classic last weekend. And she made history earlier in March when she became the first Danish Champion on the LPGA. She’s also proved herself at Mission Hills, finishing in third place in 2021.

Ko’s performance at Chevron Championship last year seemed to be a sign of things to come. She shot a final-round 62 to finish in second place before bagging three tour wins and a bronze medal at the Olympic Games in Tokyo. Will Ko be recreating her 2016 win?

Maguire stunned us all in her Solheim Cup debut. She carried that form into 2022, winning the LPGA Drive On Championship at the start of the year. The young Irish star is fearless, hungry and capable of claiming her first Major.

Hull has a good record at Mission Hills. Her game seems to suit the setup of the course. She’s never missed the cut in her eight appearances and had seven top 25 finishes, including three top tens. So what better way to celebrate the last event at Mission Hills than by being crowned champion?

Find out everything you need to know about the Chevron Championship – from who's playing to where the Major championship will be heading next year.