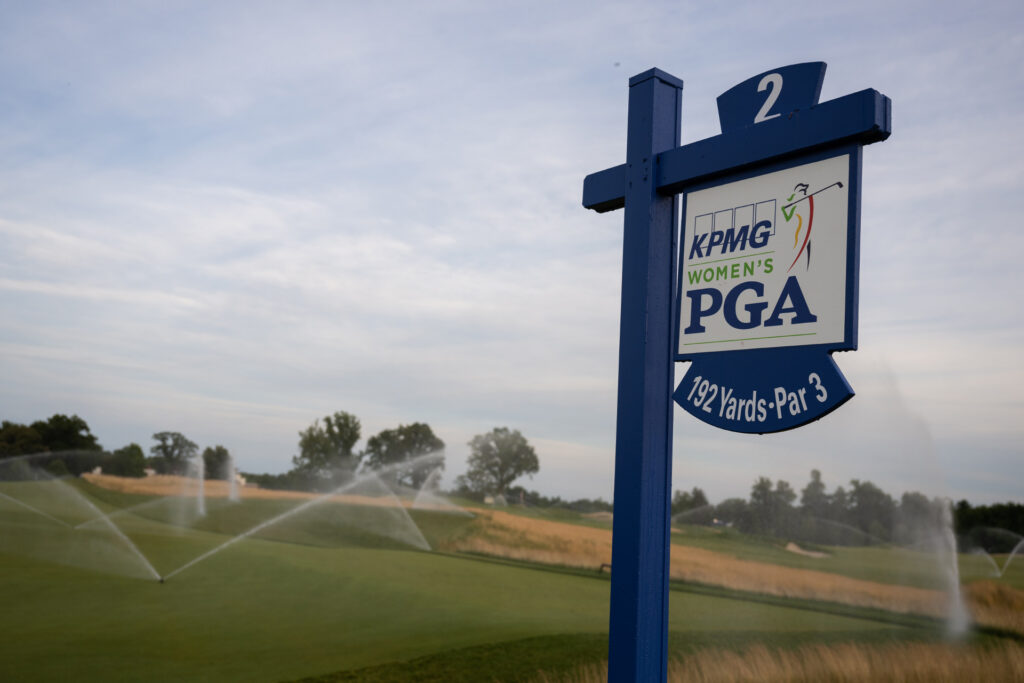 It's time for the third women's Major of the season which comes just days after Matthew Fitzpatrick put on a masterclass to win his first Major at the 122nd U.S. Open.

Here's all you need to know, plus a few ones to watch at the 2022 KPMG Women's PGA Championship.

Congressional opened in May 1924 to provide members of the U.S. Congress with a place where they could meet socially. Located in Bethesda, Maryland the club is located just 12 miles northwest of the U.S. Capitol Building. The course was originally designed by Devereux Emmet, but since its opening, the course has more than once undergone extensive changes.

The course has changed a lot since then and after a 20-month redesign by golf course architect Andrew Green, is largely unrecognisable to the test that past Major champions like McIlroy have faced.

Through Green’s redesign, an extensive number of trees were removed, fairways were widened, greens were rebuilt, and nearly 50 acres of natural areas added throughout. In opening up the layout, wind has become more a factor and made the clubhouse visible from nearly every point of the golf course.

Player stories of the week

Danielle Kang the 2017 KPMG Women's PGA Champion is a noticeable absentee this week. The 29-year-old revealed at the U.S. Women's Open earlier this month that she had been diagnosed with a tumour on her spine. Not much is know but at the time she said:

"I've gone through a lot of procedures so far, and with the process of elimination we are narrowing it down. It's going to take time."

Kang did make the cut at the U.S. Women's Open and finished in a tie for 63rd. We wish Danielle well and hope to see her back on a golf course soon.

In March, Nelly Korda announced on Instagram that she would be taking a break from golf due to a blood clot in her arm. After surgery and recuperation, Korda made her come back at the U.S. Women's Open, where she finished 8th.

The 23-year-old followed that with a second-place finish last week, where she narrowly missed out on defending her Meijer LPGA Classic title when she lost in three-way play-off with Leona Maguire and eventual winner Jennifer Kupcho.

We speculated what the health scare and time away from competitive golf would do to the world number two's game, but so far it doesn't seem to have impacted it at all. Definitely one to watch this week.

The 2022 Chevron Champion comes into this week after winning a play-off against Nelly Korda and Leona Maguire. Since her first Major and LPGA win at the beginning of April, Kupcho has had 4 Top-20 finishes to add to her win from last week. With only a 40th place in U.S. Women's Open, she'll be looking to bring back some Major form to this third Major of the year.

It's not only Major champions who can win again on the biggest stage but as it is only three weeks since the U.S. Women's Open, we have to mention Minjee Lee. Lee walked away with the biggest first prize in women's golf when she put on a dominant final round to win by four shots at Pine Needles Golf and Lodge Club. We're sure she'll be in the mix at the top of the leaderboard this week.

England's Bronte Law is returning to America after winning the Aramco Team Series individual event after holing a monster eagle putt at the last. She beat Georgia Hall by one shot. Both will be looking to build on their performances from last week.

Just because Jin Young Ko hasn't won a tournament since March, it does not mean that you can discount the world number one. When she is on form, she is difficult to beat. She has two top-10 and two top-20 finishes in her last four starts which includes finishing fourth at the U.S. Women's Open.

Here's a full list of who will be playing this week.

You can see all KPMG Women's PGA Championship Round One and Round Two tee times here.

How to watch the 2022 KPMG Women's PGA Championship

US Television Schedule (All times EDT)