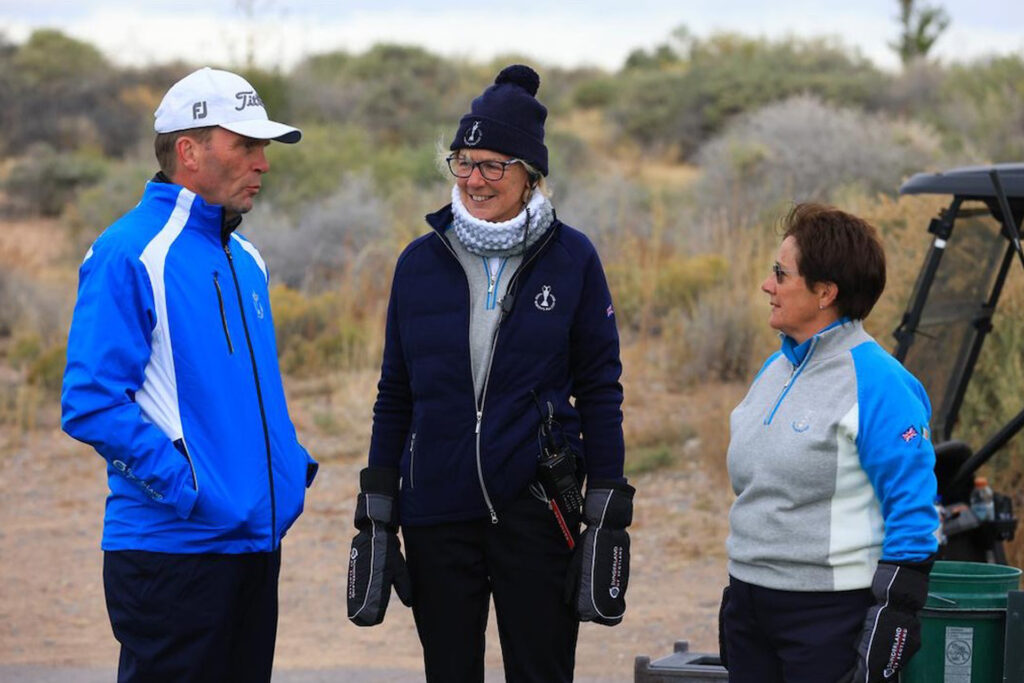 In her fourth blog for Women & Golf, PGA Captain Sarah Bennett reflects on her role and time at the Women's PGA Cup

When I received the call inviting me to captain Great Britain and Ireland’s Women’s PGA Cup Team to say I was delighted was an understatement.

I knew the role leading the five-strong team at the striking Twin Warriors Club in New Mexico, USA, would be the highlight of my incredible year as PGA Captain to date. And I was fully aware it would take all my playing experience, organisational ability, and leadership skills to do the best job I could.

However, I had not envisaged the numerous emotions which would feature so strongly before the event, during it, and long afterwards.

The Women’s PGA Cup is in its infancy – this was only the second time the tournament has been contested – and its unique Strokeplay format ensures it lives up to the golf maxim: “It’s never over until the last putt drops”.

The qualification criteria for selection were set by the individual associations; I was afforded a Captain’s pick, which is invariably a difficult decision.

As a result, I knew I had an exceptionally strong team with each player bringing their own qualities and experience to a unit I was confident would make a strong challenge for the trophy.

My preparation had begun many months beforehand, not least getting in touch with the venue regarding the course and likely conditions.

My goal was for everything to be in place so the players could concentrate solely on playing. I always emphasised I would be on the sidelines if anything was needed. Indeed, tournament rules stipulated I was the only nominated official who could communicate on the course.

I researched the course layout and possible weather and, much to my team’s amazement, ordered mittens, bobble hats and winter fleece-lined trousers in addition to skorts. I am glad I did, as were the players when temperatures, fuelled by a strong and chilly wind, dropped to near freezing. Also, because the course is 7,000 feet above sea level, I advised the players to practise their punch shots and check on club distance due to the high altitude.

Having had time to reflect upon the enormity of the week I know the event and the publicity from every single official and player has elevated women’s golf globally. In the case of our players, playing is secondary to their main roles and I know they will have related their experiences to those they coach, peers and friends.

From a personal perspective, it was wonderful to meet up with my colleagues from my Ladies European Tour days and exchange ideas with our overseas PGA counterparts, all of whom share the same vision. The energy, enthusiasm and friendship were refreshing - although competitive we are all passionate and very professional regarding growth of our game.

My team were absolutely first class from the evening we all met at Heathrow to the day we sadly said our farewells. Moreover, the support and resolve they displayed was commendable.

As for the golf, the course was long with tricky with meandering fairways and well contoured quick greens with birdies difficult to convert on the final day.

Women's PGA Cup came down to the last putt

Great Britain and Ireland were firmly in contention after nine holes but, as I mentioned, the format of the three lowest scores of the five counting for each team lends itself to dramatic and rapid changes.

So much so, the volunteers probably felt as if they had a real workout keeping the scoreboards up to date and the leaderboard was obsolete in terms of positioning until the last putt dropped.

In the event, we finished third, six shots behind the USA and four adrift of Canada, which was a massive improvement on 2019.

Above all, we performed wonderfully and while the players were desperately disappointed, the week in Albuquerque has taught us many things that can be implemented in future Women’s PGA Cups.

In that respect, I know the team that represents Great Britain and Ireland in 2024 will certainly be confident they can lift the trophy and, as ever, do their utmost to promote women’s golf.

Personally, I could not have been more privileged to have been appointed Captain and the pride I felt introducing my players at the opening ceremony add up to one of the proudest moments of my career.

Thank you to you all.