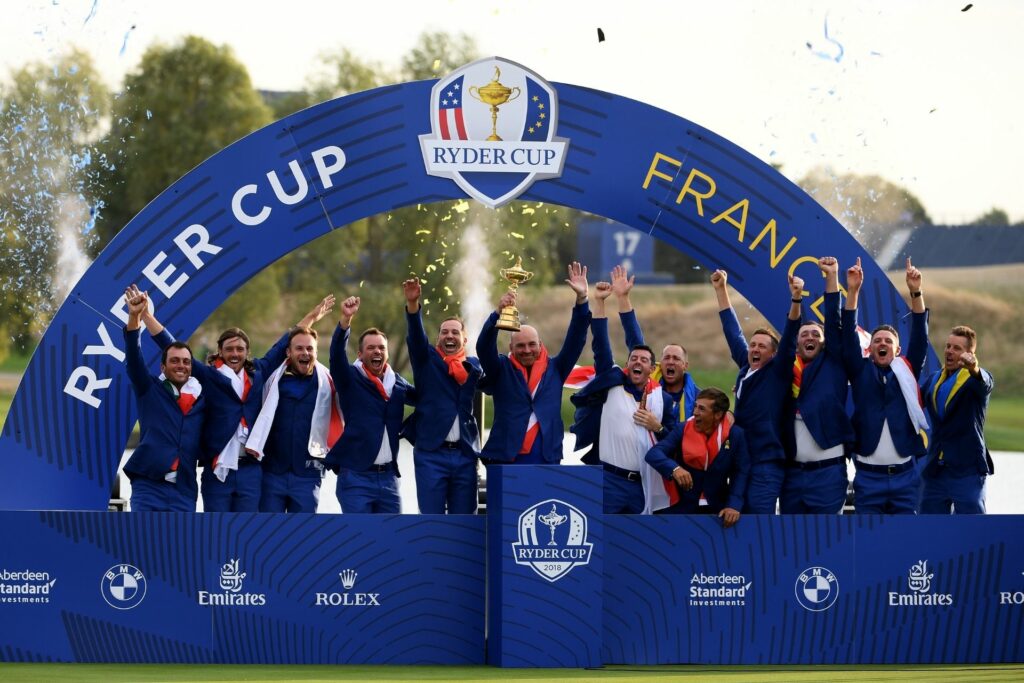 After an extra year of anticipation, the Ryder Cup returns this weekend for its 43rd edition. Europe will go head-to-head against the Americans in a fight to retain the coveted gold trophy.

This weekend, winning, not prize money, is the reward.

Who is playing in the Ryder Cup?

The US Team comprises of the top six players in the points rankings and six captain's picks; Daniel Berger, Harris English, Tony Finau, Xander Schauffele, Scottie Scheffler and Jordan Spieth. Players had the opportunity to earn points from 2019 until the second FedEx Cup Play-Off on 29 August.

Much like the Solheim Cup, this year’s teams seem to be a strategic balance of experience, fresh blood and sheer passion.

This is going to be good …

Winning on away soil is always harder. But with the pandemic putting a hold on international travel, there’ll be fewer Europeans in the crowd this year.

Will that make it even more difficult?

If the Solheim Cup is anything to go by, Europeans have proved that’s a challenge they’re happy to rise to.

Let’s hope that Harrington’s lads have been buoyed by that triumph, giving them the confidence to pull off a similar feat.

The Straits course at Whistling Straits is also a good setup for Team Europe; its design is based on the links courses of Ireland and is nothing like the American-style courses we’re used to seeing on the PGA Tour.

And, of course, there’s a huge amount of experience within Team Europe. Europe has just three rookies compared to America’s six, with many of them having experienced winning the Ryder Cup both home and away. That includes Padraig Harrington; he’s got six Ryder Cup appearances under his belt, so he knows exactly what he needs to do to get Europe to deliver. There’s no doubt Harrington will be a popular captain, and he’s picked wisely when it comes to his Vice captains and wildcards. Garcia is the Ryder Cup’s all-time highest points scorer, and Ian “The Postman” Poulter has a history of being Europe’s talisman.

This year’s Ryder Cup takes place on the Straits course at Whistling Straits. Sculpted along two miles of Lake Michigan shoreline, this is a manmade homage to the links courses of Ireland; think dramatic dunes, windswept terrain and bunkers snaking along almost every fairway.

Add to that the courses length – it was the longest course in major history when it hosted the PGA Championship in 2004 – and there’s no question that you can expect plenty of drama on this Pete Dye creation. This is a course that favours longer hitters, so distance will be an advantage. With the likes of Bryson DeChambeau, Rory McIlroy and Dustin Johnson all in the top 10 longest hitters on the PGA Tour this season, both sides are pretty evenly matched on that front.

There are four fourball matches – each player plays his own ball and the lowest score counts – and four foursomes matches – where players hit alternate shots – each day on Friday and Saturday.

Sunday is reserved for 12 singles matches.

Each match is worth one point, and matches ending in a draw are worth half a point. The first team to reach 14 ½ points wins the Ryder Cup. If there’s a 14-14 draw, the cup is retained by the last winning team.

The Ryder Cup has become one of the greatest sporting events in the world. Even still, one of its biggest charms is that the tournament stays true to the spirit of its founder, Samuel Ryder.

Ryder was an English entrepreneur and businessman who made a living selling garden seeds in “penny packets”. A golf enthusiast, Ryder and his brother started sponsoring golf tournaments from 1923.

Then in 1926 when a match between British and American professionals was proposed, Ryder sponsored the event to make sure it happened.

The match became an official event in 1927 and Ryder donated a gold trophy. And so Ryder Cup was born.

With round-the-clock coverage and almost 70 hours of live action, you can catch all the drama on Sky Sports’ dedicated Ryder Cup channel.

Live coverage starts at 12.45pm on Friday and Saturday. Sunday’s build-up starts at 4.45pm, with the singles matches starting at 5.05pm. To find out more about the Ryder Cup, visit RyderCup.com.