Play golf in the winter... and actually enjoy it! 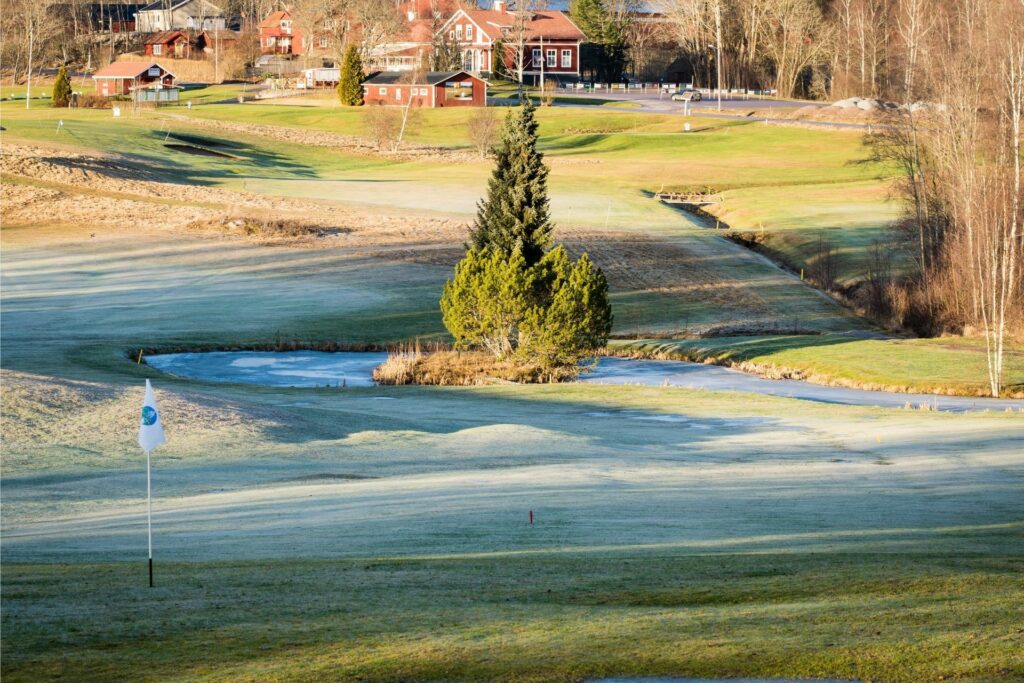 Winter-proof golf formats that will get you out on the course and you'll actually enjoy it!

Think the words 'winter' and 'golf' shouldn't even be in the same sentence? Think again. These winter-proof formats will get you out on the course and you'll actually enjoy it!

You can forget the usual Stableford when Jack Frost is nipping at your nose (and every other extremity). Here's our pick of the best formats for the winter - they're fun and competitive so you can still play for a drink in the bar afterwards (maybe a hot chocolate?), and they can easily be shortened over fewer holes if you just fancy a quick nine.

Bisque – Nominate to use your handicap strokes at any time. The catch? You must announce that you'll use your shot before you tee off.

Split Sixes – Six points are up for grabs on each hole. If you win the hole outright, you get four points. The second best score gets two points and the third gets zero. There are likely to be tied scores on many holes. When this is the case, the points are distributed like this:

Once you have finished your round, the player with the most points is the winner

Chairman – Individual format for 3 or 4 players. The first player with the lowest net score to win a hole (untied) becomes the Chairman. If the Chairman wins the next hole then the Chairman wins a point. Should the hole result in a tie there are no points earned and the Chairman keeps the chair. If one of the other players wins a hole, then that player is the new Chairman with no points won or lost for that hole. Players earn points by winning a hole by being Chairman. The winner is the player who wins the most holes.

Foursomes - Sometimes the oldies are the best. Hit alternate shots to speed up your round and get back to the warmth of the clubhouse!

Dr Doolittle - Before you start your round, pick three animals - let's say snake, elephant and monkey. These are penalties. Then pick the shot that you want each penalty to apply to - let's say you get the snake every time you go in a bunker, then elephant when you three-putt and the monkey when you hit in the trees. Every time someone in your group finds a bunker, three-putts or hits in the trees, they'll get the animal and the 'value' of the animal increases by one. For example, the last person to three-putt is deemed to be holding the elephant and pays out the total to the others.

Dunce – Whichever player has the worst score on each hole has to wear a designated silly hat for the next hole.

Oozles and Foozles - At a par three, the player on the green nearest the flag after one shot has to hole out in two putts or better for an oozle and a unit. If the player fails to do this it is a foozle and a loss of a unit. If no one hits the green then oozles can accumulate on subsequent par threes.

For the days when the weather is just so bad that you don't want to go onto the course, then there are many driving ranges that have advanced golf technology on offer such as Toptracer, Trackman or Awesome Golf. You can play games, courses or hone your skills ready for the season. And if a heated bay still isn't enough then look out for indoor simulator options at golf clubs in your area or venues such as Pitch London or Kings Golf Studio.

What winter golf games do you play with your golfing buddies? Let us know