Your guide to the Aramco Team Series - Spain 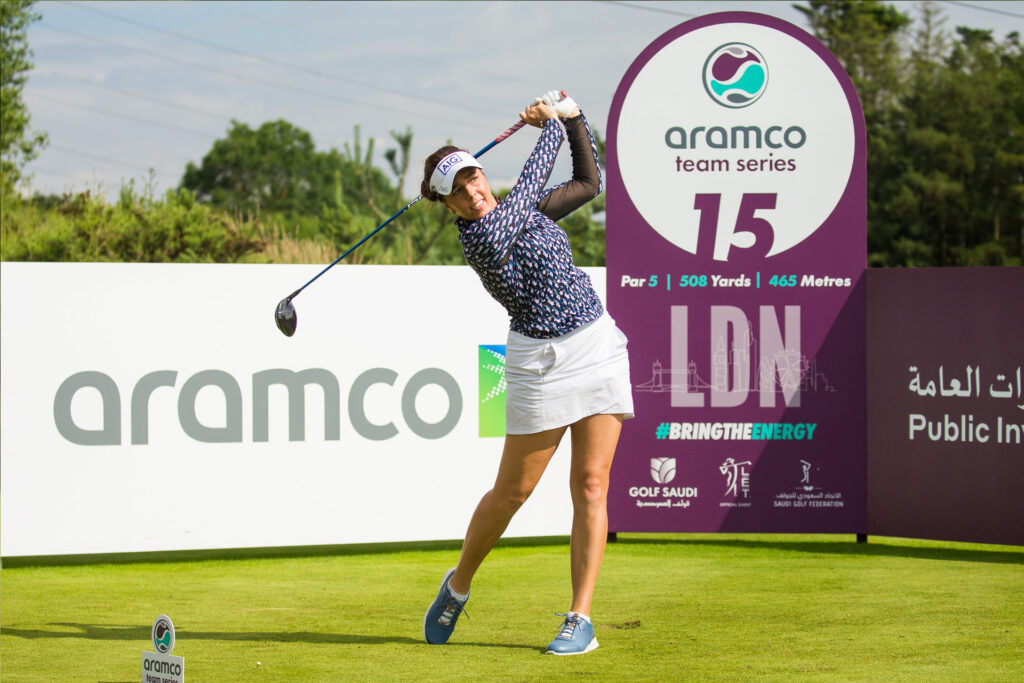 How are the teams set up and chosen?

The unique scoring system allows an amateur to contribute to the final result of a professional tour event.

How does the scoring work?

Who is playing in the second Aramco Team Series event?

As with the first event in London, this Ladies European Tour event has attracted interest from some star players that would usually be playing on the LPGA Tour. Whilst her sister Ariya is competing at the Tokyo Olympics, two time LPGA winner Moriya Jutanugarn will be teeing it up in Spain - after winning with her sister at the team Dow Great Lakes Bay Invitational just three weeks ago, she will definitely be a great partner to have.

Major Champion and multiple LPGA winner Paul Creamer will also be playing and with her enviable reputation at the Solheim Cup, she is ready for the challenge, she said:

"I love the team events, I think they're great. It's a fun way to bring fans into the game and it's fun for players to have a different mindset. At the same time there is that individual tournament as well but I almost feel you play better when you have a partner, as you don't want to let them down.

"Some of the best golf shots I have ever hit were at the Solheim Cup. I look at it and wonder how did I ever do that! But I just think having a partner and that support takes your mind off your own goals. I am really looking forward to it."

With other Solheim Cup stars including Charley Hull, Georgia Hall, Bronte Law and Lizette Salas also competing, it's set to be an exciting week ahead.

You can see the full entry list for the Aramco Team Series - Spain here.

The draft picks took place last night and full teams will be revealed shortly but there are some interesting groups to look out for...

Team Cowan finished the Aramco Team Series – London in style as they recorded a final round of 12-under-par to secure a three-stroke victory at Centurion Club.

After starting the day two strokes in front, Olivia Cowan, Sarina Schmidt, Diksha Dagar and amateur Andrew Kelsey produced a thrilling back nine as they combined to win with a total of 41-under-par.

The result also meant captain Cowan and Schmidt captured their first title on the LET, while it was a second for Dagar, who won the 2019 Investec SA Women’s Open.

In the individual event it was an excellent day for captain Skarpnord as she carded a final round of five-under-par 68 to tie with Thailand’s Atthaya Thitikul on 13-under-par at the top of the leaderboard.

The duo headed back up to 18 and on their second time, the Norwegian rolled in her birdie putt to clinch the individual title – her fifth on the LET.

Hasn't this been done before?

The format of the team events was first trialled in November 2020 at the Saudi Ladies Team International, which was won by Danish star Emily Kristine Pedersen and her team of South Africa’s Casandra Hall, Michele Thomson of Scotland and amateur golfer, Matt Selby.

Where can I watch the Aramco Team Series?

The three days from Centurion Club will be available to watch on Sky Sports Mix and the red button from 11am (BST) on Thursday and Friday and you can watch all three days for free via Sky Sports YouTube channel here.

Where are the other Aramco Team Series events?