Tour round-up: McIlroy on top of the world whilst Ko dominates in Korea 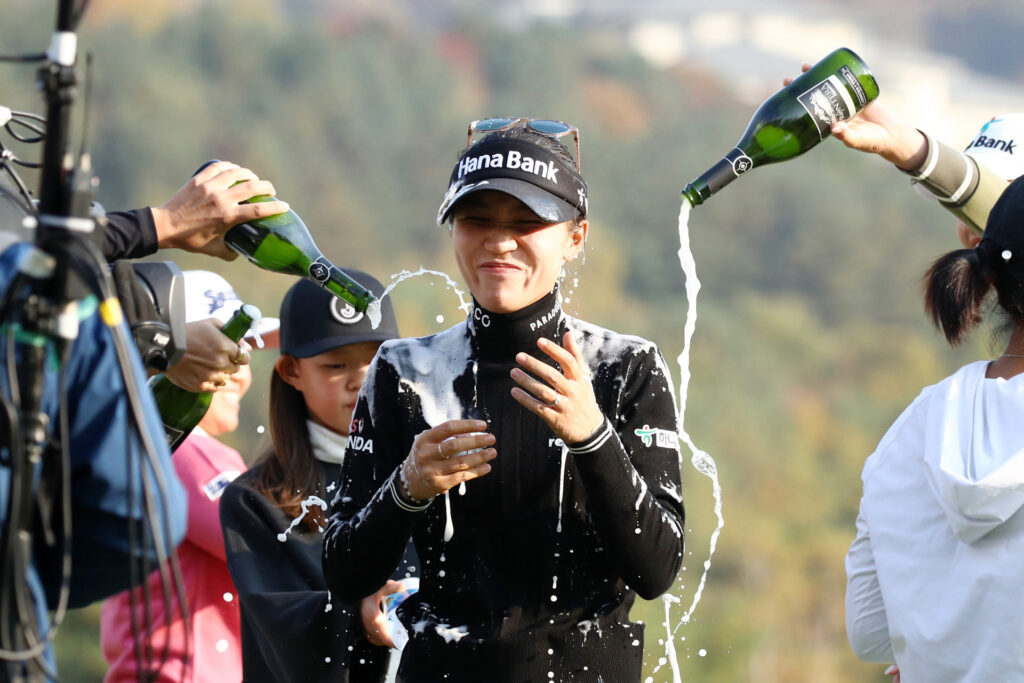 Rory McIlroy kickstarted his 14th season on the PGA Tour in perfect fashion. Not only did he defend his CJ Cup title in South Carolina, but he will also move back to the World Number 1 spot for the first time since 2020.

In the final round at Congraee Golf Club, McIlroy shot an impressive four-under-par 67 to finish on 17-under-par and one shot ahead of playing partner Kurt Kitayama.

The victory was the Irishman’s third of the year, his 23rd PGA Tour title and saw him become the first FedExCup champion to begin their PGA Tour with a win since Tiger Woods in 2008.

McIlroy started the day with a one-shot lead and was three-under-par for his round after six holes. He dropped a shot on eight and made the turn tied for the lead with Kitayama. Whilst Kitayama was only able to find one birdie on the back nine, the 33-year-old went on a birdie run with four in five holes from 12 to 16.

With a three-shot lead with two holes remaining, victory seemed guaranteed for the defending champion but it wasn’t an easy finish to watch as McIlroy had a bogey on 17 and then a three-putt for bogey at the last whilst Kitayama was unable to make birdie to force a play-off.

After his victory, the new World number one said:

"It feels great to go out there, go out there with a lead, shoot a great score, play really well and get the win.

“It's an awesome way to start the season, I guess, and obviously just a continuation of how I feel like I've been playing over the last few months.

"I've worked so hard over the last 12 months to get myself back to this place. I feel like I'm enjoying the game as much as I ever have. I absolutely love the game of golf and I think that when I go out there and I play with that joy, it's definitely showed over these last 12 months."

Kitayama's runner-up finish equalled the best performance of his PGA Tour career so far, while K.H. Lee's  68 saw him take third place. It was great to see Fleetwood near the top of the leaderboard as he shot a stunning six-under-par 65, with eight birdies, giving him a share of fouth with Jon Rahm on 14-under-par.

The PGA Tour now heads to Bermuda and the Butterfield Bermuda Championship.

Lydia Ko put on a blistering final round display to claim her 18th LPGA title and second of the season at the BMW Ladies Championship in the Republic of Korea.

Whilst many fans had wondered whether Atthaya Thitikul would make the rise to World Number 1 it was Ko who showed her experience over the rookie to post a final round seven-under-par which was just to difficult to match.

Read the full report from the BMW Ladies Championship here.

There are just three tournaments remaining of the 2022 LPGA season, this week it's a week off before the TOTO Japan Classic.

Olivia Cowan produced a brilliant final round of 68, four-under-par, to win the Hero Women’s Indian Open at the DLF Golf and Country Club to claim her maiden win on tour in her 96th event.

With no less than 27 Top-10 finishes before this week, the German finally entered the winner’s circle after totalling 13-under-par 275 to win by three shots over home favourite Amandeep Drall (72) and Caroline Hedwall (71), who dropped a shot on the 18th to slip from sole second to joint second with the Indian.

The Ladies European Tour just has two tournaments remaining in 2022. There is now a break until November 10 when the final Aramco Team Series event takes place in Jeddah.

Like fellow German Cowan in India, Yannik Paul secured a maiden victory on the DP World tour at the Mallorca Golf Open.

A maiden victory may have been similar but the way it was completed was very different. A birdie on the final hole from Paul for a one-over-par 72 saw him finish the week on 15-under-par.

The victory had been looking as if it were going to popular Englishman Marcus Armitage but a two-shot lead with three holes to play was not enough and he had to settle for a tie for sixth.

The 28-year-old rookie finished one shot clear of compatriot Nicolai von Dellinghausen and England’s Paul Waring. Fellow Englishman Dale Whitnell was in fourth which he shared with Ryan Fox who had been the overnight leader.

Speaking of his victory, Paul said:

"I couldn't have dreamed of a better ending, so I'm over the moon. To finish like this is obviously a dream come true - I couldn't have asked for any better. I'm speechless, I'm just so happy."

After three weeks in Spain, the DP World Tour moves to Portugal and the Portugal Masters at Vilamoura. There are just three more events left of the 2022 season.