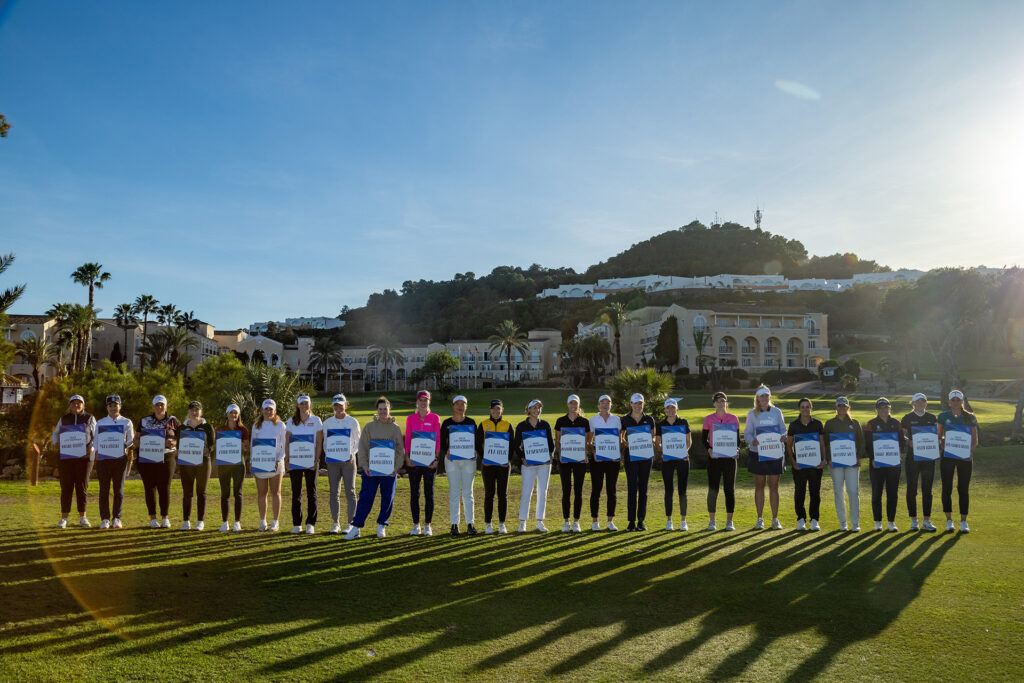 German duo Polly Mack and Alexandra Försterling ended the Final Qualifier of LET Q-School as joint-winners with a total 15-under-par.

Försterling, who led after round four, has got to know La Manga Club pretty well after progressing through the European Pre-Qualifier last week.

The 23-year-old produced a round of level par on the South Course with three birdies and three bogeys to secure LET playing rights for 2023.

She explained: “I feel really good! I’m a little bummed about 18 as I missed a short putt to win outright but that’s how it is sometimes.

“All in all, if someone would have told me before that I would have finished here, I wouldn’t have believed them. It’s really nice.

“It means a lot to get my LET card. I’m extremely excited for next season and I can’t wait for all of the tournaments. I can’t wait to get started!”

A final round of 71 (-2) saw Mack draw alongside her compatriot, after she rolled in four birdies and two bogeys in Spain.

It has been a busy end to the year for the 23-year-old, who secured both her LPGA Tour and Ladies European Tour cards for 2023 in December.

“It feels great,” said Mack. “These last couple of week couldn’t have turned out any better and I’m honestly just really really happy with this outcome and going into the off-season with this feeling is really nice. I’m ready to get some rest!

“It means a lot to get the LET status. I am German and it’s nice to have both and have the options and more opportunities. I’m really looking forward to 2023, I think it’s going to be exciting.”

A perfect end to an amateur career

French amateur Nastasia Nadaud rounded off her excellent week with a 71 (-2) on the final day to finish in third place on 14-under-par and the teenager plans to turn professional and compete on the LET in 2023.

Nadaud said: “I don’t think I can put into words how I’m feeling! I can’t believe it’s over; I’m still thinking that there’s a sixth-round tomorrow. I feel really great, and it’s done, finally.

“This is the perfect end to my amateur career. If someone would have told me that I would be top three at Q-School, I would have already turned pro! It’s really nice. I’m super motivated and I can’t wait for the season to start.”

Slovenia’s Ana Belac ended the tournament in fourth place after firing the round of the day with a 67 (-6) which included an eagle on 18, to be on 13-under-par.

“It has been a great week,” said Belac. “Q-School can be really tough and mentally challenging; we try to have fun out here and enjoy the beautiful views and weather as much as I could.

“[On the eagle] I had a comfortable 5-hybird into the green and my dad nearly talked me out of going for the green in two. I hit it in the bunker – not the best shot – and then I holed out from the bunker.

“It’s really crazy because that shot would’ve intimidated me a couple of months ago but I really spent a lot of time working on my game especially around the greens so that’s paid off.”

Thailand’s Trichat Cheenglab was fifth on 11-under, while Switzerland’s Albane Valenzuela finished in a share of sixth place alongside Austria’s Emma Spitz with Australia’s Gabriela Ruffels in outright eighth place.

Rounding out the top 10 on six-under-par were Australia’s Kirsten Rudgeley and England’s Annabel Dimmock with Germany’s Sophie Hausmann and Sweden’s Emma Nilsson in T11.

Should they wish to accept and take up LET membership, a total of 24 players secured Category 12 membership for 2023 while 28 players clinched Category 16 membership.

The 24 players securing their 2023 LET cards

Check out the full final results from the Final Qualifier here.