Keep calm and carry on at The Olympic Club 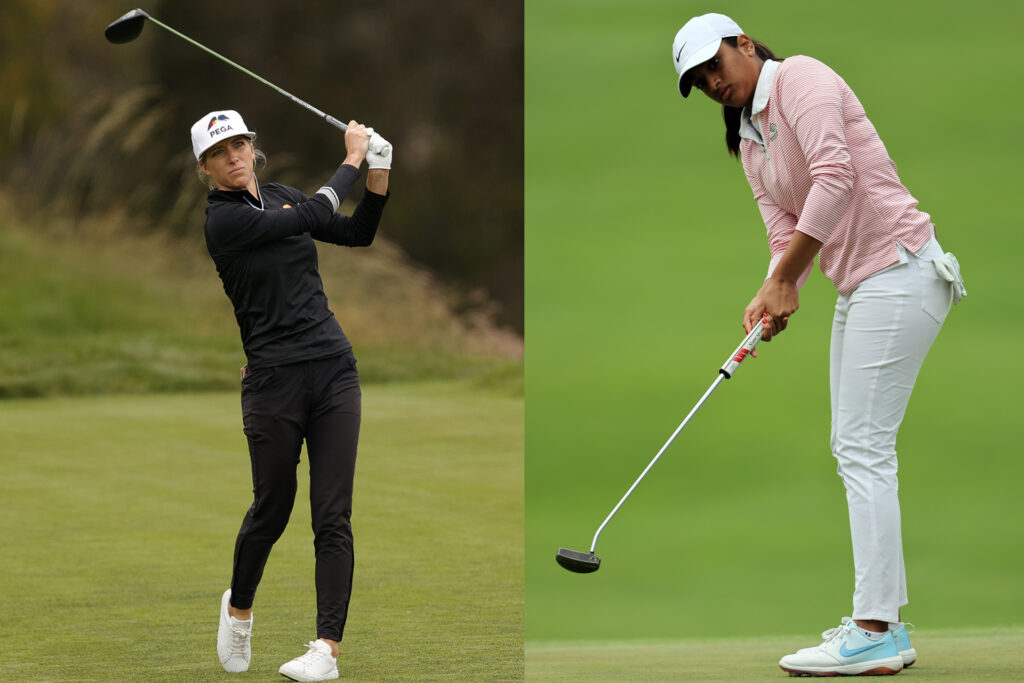 Round one of the U.S. Women's Open on the Lake Course proved less tricky than first thought for some of the field with tactical, calm play being the key to success.

Ahead of the first tee shots of the 76th U.S. Women’s Open, a lot of talk around the course conditions, how much the rough would come in to play and the likelihood that it would be difficult to break par. It may come as a surprise to some, not least joint first-round leader England’s Mel Reid, that fifteen players managed to go under par.

Playing in front of spectators for the first time since February 2020, Reid carded five birdies and one bogey to lead at 4-under, her best 18-hole score of her six U.S. Women’s Open appearances.

She commented on her round:

“I didn't think that score was out there honestly. Yeah, I had a pretty good game plan. It's probably the best I've had for a tournament.

“We had a game plan and stuck to it. If you're in trouble, just get it out, make bogey. I think the key here is to not take many risks the first two, three days, and I didn't do that.”

Taking tips from a major champion

The U.S. Women’s Open co-leader also got some invaluable advice from two-time U.S. Open Champion and four-time major winner Brooks Koepka ahead of her first round at Olympic. She said:

“I texted Brooks (Koepka) on Tuesday. We had a long conversation and then we FaceTimed for an hour on Tuesday night. He gave me a few things that he follows by in a major. So, obviously, I appreciate his help. Yeah, I'm just trying to be a bit more like Brooks, honestly.”

Tied at the top of the leaderboard with Reid was 17-year-old amateur Megha Ganne, who shot the second-lowest round by an amateur in U.S. Women's Open championship history.

Ganne came to Olympic off a win at last week’s Scott Robertson Memorial, one of the country’s leading junior tournaments. She is competing in her second U.S. Women’s Open and is one of 30 amateurs in the field, Ganne made six birdies and two bogeys on Thursday, with her bogey on 18 dropping her from a solo top spot into a tie for the lead.

Talking about how she tackled the challenge of the Lake Course, Ganne commented:

“I think just my ability to play smart and not take any unnecessary risks, and I didn't panic when I got into the rough a couple of times out there because there are definitely holes I wasn't keeping in the fairway, and it's easy to panic out there, and I didn't do that. So I think that was it.

“I think just knowing that everyone in the field has to deal with it, and whoever makes the smartest choices out of there and picks the best lines and doesn't take unnecessary risks is going to be the person who ends up better off. So I was like, just be that person.”

Who else is in the mix heading into day two

Ten-time LPGA Tour winner Brooke Henderson was tied for the lead through 17 holes but bogeyed the 18th to drop into a tie for third at -2. She is joined by the American duo of Angel Yin and Megan Khang, both looking for their first LPGA Tour victories. They are followed by another trio tied for sixth at -2 in major champions Shanshan Feng and Lexi Thompson, along with JLPGA Tour player Yuka Saso.

Rolex Rankings No. 1 Jin Young Ko shot a 1-under 70 and is tied for ninth, while last week’s winner Ally Ewing, who played 122 holes en route to victory at the Bank of Hope LPGA Match-Play Hosted by Shadow Creek, shot even-par 71 and is tied for 16th. Defending U.S Women’s Open champion A Lim Kim opened with an 8-over 79 and is tied for 131st.