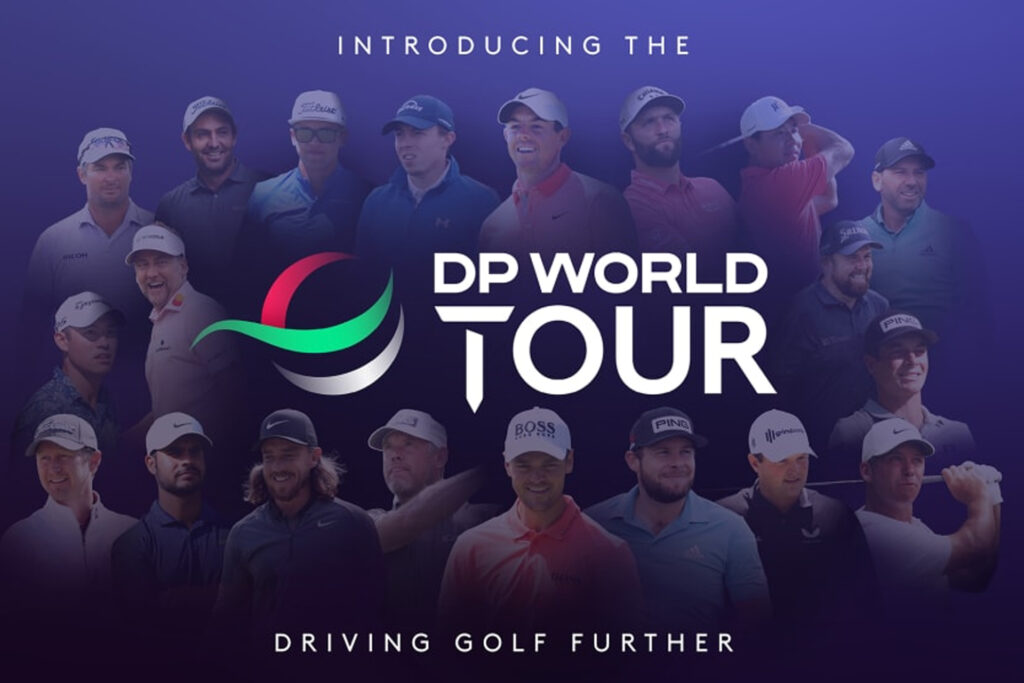 Big news has come out of Dubai today as the European Tour announced that from the 2022 season they will be called the DP World Tour.

There have been a lot of talk of splinter tours, Saudi investment and disgruntled players in men’s professional golf over the last few months. So, it came as a surprise today that the European Tour announced DP World as their new title sponsor and that from the 2022 season, the European Tour will become the DP World Tour.

Keith Pelley CEO of the European Tour summed up the feeling of the tour:

“It really is an easy day to smile. There is no question that this is hugely significant and a very exciting day for everyone involved.”

“In terms of elevating the tour, we are delighted to make several significant announcements today. The first one is that the 2022 DP World Tour will feature the richest total prize fund in our tour's history. We believe that is an incredible accomplishment coming out of the pandemic and it is something that we are very, very proud of.”

A truly global and diverse tour

Pelley went on to talk about the global nature of the tour:

“There is no question the DP World Tour in 2022 will represent a truly global tour. We have a schedule that will feature a minimum of 47 tournaments in 27 different countries including new events in the UAE, Belgium, Japan, and South Africa. Twenty-three events will be in Europe and 24 will be in the rest of the world.”

With the announcement, there was also emphasis on the development of the EDGA European Tour for golfers with a disability. This year saw four qualifying events, with the final taking place next week at the DP World Tour Championship. Next year, they will look to increase the number of EDGA events on the schedule with an announcement being made soon.

Pelley also announced that in recognition of the founding father of the European tour, they have established the John Jacobs Bursary Award. This bursary will be given annually to the players who finished in the top five places on the Challenge Tour rankings to assist with their travel and expenses in their first year on the DP World Tour.

This will come into effect for the first DP World Tour season in 2022. And the first five recipients were confirmed at the season finale two days ago in Majorca – Marcus Helligkilde, Ricardo Gouveia, Santiago Tarrio, Julien Brun and Frederic Lacroix.

PGA Tour Commissioner Jay Monahan was also there, via video link, to lend his support and show the unity of the two biggest golf tours in the world, he said:

“The partnership will undoubtedly further strengthen the European Tour in every way, which is great for the game on a global level. Our two tours are stronger than at any time in our respective histories and in part through our strategic alliances. We're both positioned to grow faster in the next 10 years than we have at any point in our existence. The DP World/European Tour partnership is a prime example of that growth and of a tighter knit ecosystem in the world of professional golf. I'm excited to see what's to come through the DP World Tour.”

So there you have it. They’ll only be one golf tour now with European in it…will the Ladies European Tour look to emphasise it’s global nature in future years? We’ll have to watch this space.