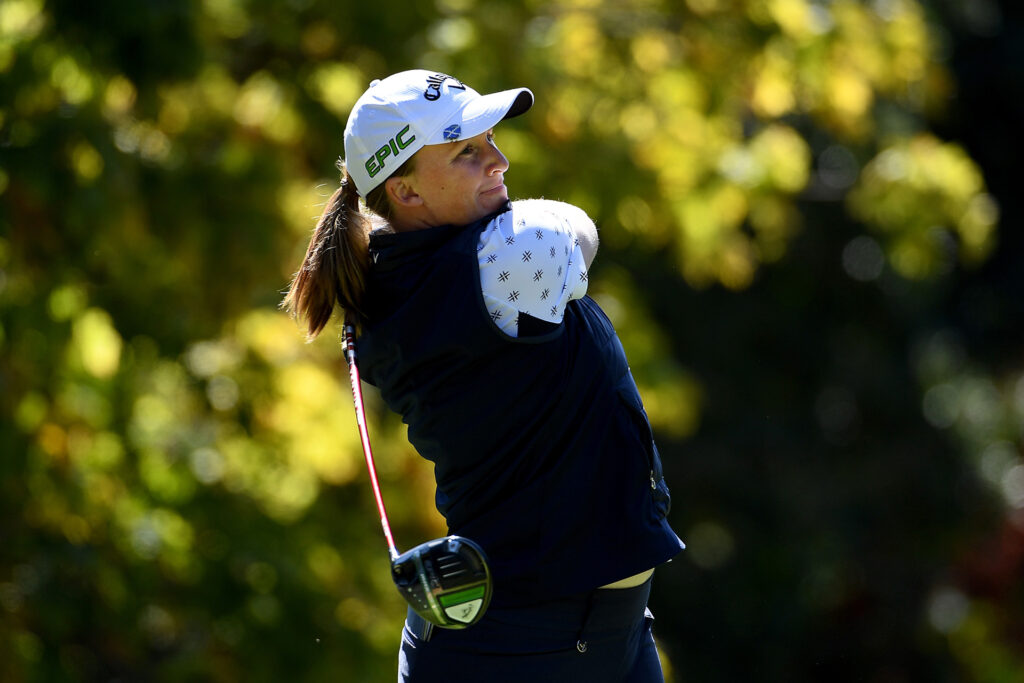 LPGA Q-Series starts today and it's set to be a gruelling couple of weeks ahead. The LPGA caught up with Gemma Dryburgh ahead of day one.

There are a tough couple of weeks ahead for the LPGA Q-Series players who are looking to secure their LPGA Tour cards for 2022, as they take on two 72-hole, stroke-play events held on consecutive weeks. Scores will accumulate over the two weeks and there will be a cut after the first week to the lowest 70 players and ties. The top 45 players, plus ties, will receive 2022 LPGA Tour status.

This week they are playing at Magnolia Grove in Alabama on the Falls and Crossings courses. Next week they play Highland Oaks Golf Club.

A global field at LPGA Q-Series

The LPGA Q-Series talent pool is deep with a range of players coming to compete from all over the world. These include:

Gemma Dryburgh, Women & Golf Tour Ambassador, is also teeing it up this week and will be coming in with some confidence after winning the NWGA Q-School prep event on the same golf courses just two weeks ago.

Here she spoke to the LPGA media team:

How much confidence are you bringing with you into this week?

From that win what positives did you take away from the win two weeks ago as far as your game goes?

I felt like I was putting well, hitting it well off the tee, putting myself in pretty good positions and gave myself a lot of birdie chances, which hopefully I can do the next four days and then next week, as well. Just feeling good with my whole game really.

What does it feel like coming back here to battle for an LPGA Tour card?

What are you most looking forward to about Q-Series? It's a long, gruelling two weeks of golf, but there's got to be some positives.

I'm looking forward to playing with Emily Pedersen, so that will be good fun. She's obviously a great player. She played Solheim this year, so that will be good fun the first two days. Both courses are great, and they're beautiful surroundings, as well. My parents are here, as well. They haven't been able to come to the States since before Covid, so they'll be able to watch me play, which will be nice.

It’s certainly going to be a mentally and physically tough couple of weeks for all players, we wish Gemma and the rest of the field the best of luck.