Another record-breaking year ahead for the Ladies European Tour 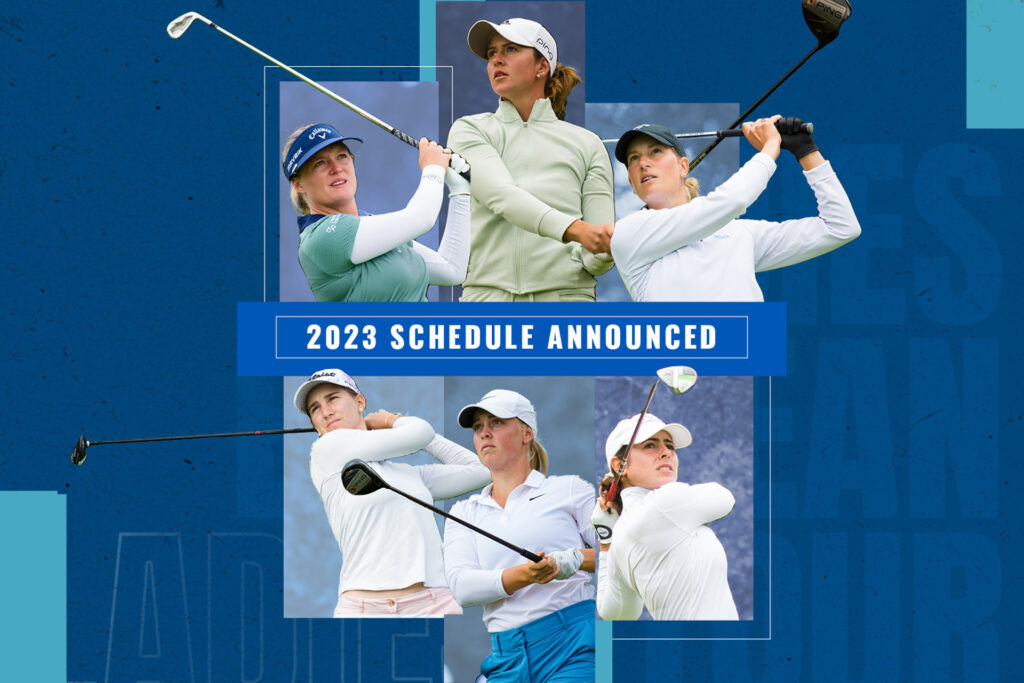 The Ladies European Tour will continue to expand women’s golf globally in 2023 and its players will compete for at least €35 million, a record-breaking total prize fund. The LET has announced that the 2023 schedule will comprise 30 official events, along with the Solheim Cup in Europe.

“Thanks to our partners, promoters, host venues and fans, 2023 is going to be an incredibly exciting year for the LET,” said CEO Alexandra Armas.

“This year’s Race to Costa del Sol showcased the outstanding skill of our players and there will be even higher profile opportunities for our role models to shine next year, with more total prize money than at any time in our history. The LET has grown rapidly over the last three years and we have been oversubscribed for our recent Q-School, demonstrating the record level of interest. The LET now presents a platform for women to build a successful career and achieve their dreams in professional golf. We will continue to work hard to elevate the sport in Europe and around the world.”

The 2023 global schedule will take the LET to 21 different countries, starting with the Magical Kenya Ladies Open, which will be played for the third time over the Baobab Course at Vipingo Ridge in Kenya in the first week of February.

The LET then returns to Morocco for the first time since 2019 for the Lalla Meryem Cup, which will be played over the Blue Course at Royal Golf Dar Es Salam at the same time as the PGA TOUR Champions contests the Trophy Hassan II over the venue’s Red Course.

The Aramco Saudi Ladies International presented by Public Investment Fund (PIF) will feature its strongest-ever field at Royal Greens Golf and Country Club, including 60 LET players and 50 players from within the top 300 of the Rolex Women’s World Golf Rankings, after the tournament announced its commitment to women’s golf by elevating the prize fund to $5million.

The first of five $1 million Aramco Team Series events will then take place in Singapore, followed by two more events in Asia.

The LET will return to Europe in May for the Jabra Ladies Open at the world-famous Evian Resort Golf Club in France, followed by the second Aramco Team Series event at Trump International Golf Club West Palm Beach, Florida.

Helsingborg Open returns to the schedule

Remaining in Sweden, the LET will move on to Ullna Golf Club for the Volvo Car Scandinavian Mixed, where the players will attempt to follow in the footsteps of Linn Grant, who earlier this year became the first woman to win a DP World Tour event with a nine-shot victory over a mixed gender field in the co-sanctioned tournament.

From there, the LET will move on to Berlin for the Amundi German Masters at Seddiner See Golf Club, followed by the Tipsport Czech Ladies Open at Beroun Golf Club and then the Ladies Open by Pickala, at Pickala Golf in Helsinki, Finland.

In mid-July, the third Aramco Team Series event will be played once again at Centurion Club near London.

In the third week of July, the €1 million La Sella Open will debut on the calendar at La Sella Golf in Alicante, Spain.

Four co-sanctioned events with the LPGA across the summer

In July and August, the Tour will play in four co-sanctioned tournaments with the LPGA, opening in France with the $6.5 million Amundi Evian Championship, the first Major on the LET schedule, followed by the $2 million Trust Golf Women’s Scottish Open, the $7.3 million AIG Women’s Open, the second Major Championship in Europe, to be played at Walton Heath in England and finally the $1.5 million ISPS Handa World Invitational presented by AVIV Clinics, in Northern Ireland, before returning to Dromoland Castle in Ireland for the second KPMG Women’s Irish Open.

Early September will see Hilversumsche Golf Club in the Netherlands host the Big Green Egg Open and then the VP Bank Swiss Ladies Open will be played once again at the picturesque Golfpark Holzhausern.

On September 22-24, the Solheim Cup, featuring the 12 best players from the United States versus the 12 best European players, will be held at the stunning Finca Cortesin in Andalucia, Spain, where Team Europe is going for the hat-trick. Golf fans are readying themselves for what will be a truly unmissable event.

The Lacoste Ladies Open de France will then return to Golf Barriere in Deauville, ahead of the fourth Aramco Team Series event in Hong Kong in October.

The Hero Women’s Indian Open at DLF Golf and Country Club in Gurgaon will precede the fifth Aramco Team Series event, in Riyadh, at the beginning of November.

Finally, the 2023 season will culminate with the Andalucía Costa del Sol Open de España at Real Club de Golf Las Brisas, Marbella, where the winner of the Race to Costa del Sol will be crowned.