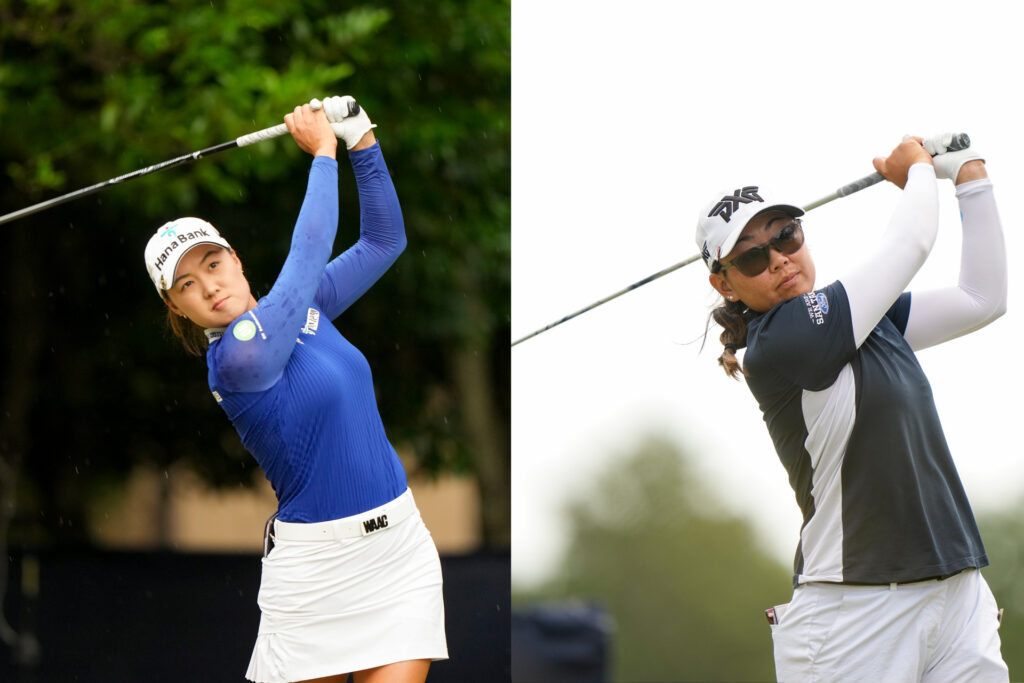 Mina Harigae maintains her lead at the 77th U.S. Women's Open but after a trickier day is joined by Major winner Minjee Lee

After 36 holes at the 2022 U.S. Women’s Open presented by ProMedica, two players sit two shots clear at the top of the leaderboard.

American Mina Harigae backed up her first-round 64 with a two-under-par 69 in Friday’s second round. Harigae, who hasn’t won in 255 career LPGA Tour starts, carded five birdies and three bogeys and, for the second time in her 13-year career, finds herself in a prime major position heading into the weekend.

“The golf course can really catch up to you quickly, so just trying to take whatever I have in front of me. Whenever I have a birdie opportunity, I try to take advantage of that.”

Round of the day

Hye-Jin Choi, a 2022 LPGA Tour rookie, who finished second at the 2017 U.S. Women’s Open as a 17-year-old amateur, shot the round of the day. Her seven-under-par 64, one stroke off the championship scoring record, vaulted her up the leaderboard into a tie for second alongside three-time major champion Anna Nordqvist at -7.

Choi, a three-time KLPGA Tour Player of the Year before she joined the LPGA Tour in 2022, said:

“I think that this U.S. Women's Open fits me quite well and I think the course is excellent. I had high expectations when I came here.”

World number one Jin Young Ko pulled into contention with a 13-foot eagle putt at 15, moving to -6 overall and is in a tie for fifth with Swedish amateur Ingrid Lindblad.

Lindblad wasn’t able to recreate the magic from the first round, having to settle for a even-par 71. The 22-year-old explained how she was going to approach the weekend:

“I think you're just going to have to follow your game plan. Not try to focus a lot on what's going on outside your game. That's kind of what I've been trying to do this week, but it's hard with all the leaderboards you see everywhere. Just trying to focus on your game and not change your game plan.”

Who will be missing the weekend?

The cut line fell at three-over-par. Notable absentees from the weekend include defending Champion Yuka Saso who finished on +9. 2014 U.S. Women’s Open winner Michelle Wie West brought her full-time LPGA Tour career to a close with a three-over-par 74, missing the cut at +5 overall.
Taking about the crowds and atmosphere at Pine Needles Lodge, Wie West said:

“I definitely teared up a little bit knowing that it would be one of my last times doing that. It was really cool. Definitely had flashbacks of Pinehurst and just seeing all the same people. When they come up to me, oh, I was there in 2014. It was just really cool to see everyone here again.”

Leading the British charge is Bronte Law who is tied ninth on four-under-par.