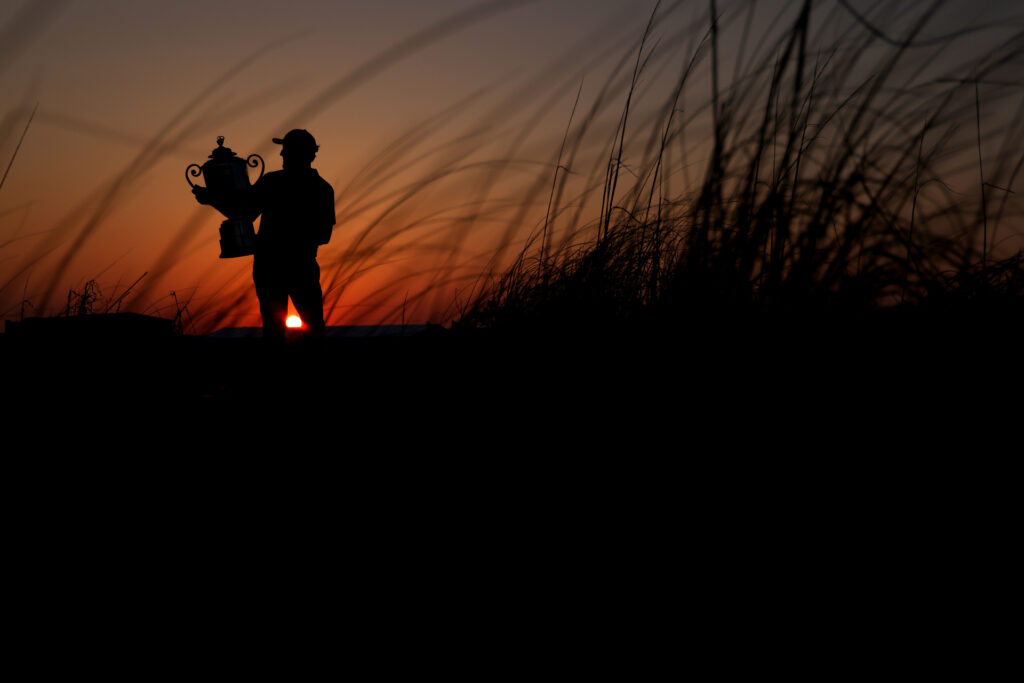 After a turbulent few months in men's golf, it's time for the second Major of the season. The PGA Championship which Phil Mickelson won't be defending.

It’s hard to believe that this year’s PGA Championship will match up to the blockbuster drama that we witnessed when Phil Mickelson showed age wasn’t a barrier to winning Major championships. The then 50-year-old became the oldest Major winner in PGA Tour history when he lifted the Wanamaker Trophy at Kiawah Island.

The hero from the 2021 PGA Championship movie has now become the villain. Almost as if the movie script decided to continue beyond his sixth Major title last May.

With his reputation in tatters following his links to Saudi backed LIV Golf, his comments and thoughts on the PGA Tour and more recently revelations about his gambling habits. It’s been quite sobering to watch Mickelson’s fall from grace.

The one thing that is for sure this week is that Mickelson will not be back to defend his title. He’ll be the third player in the last 75 years not to defend after Tiger Woods in 2008 and Ben Hogan in 1949. The American hasn’t been seen on the PGA Tour since releasing a statement in February and was also notably absent at The Masters.

It’s not often that a men’s Major Championship is overshadowed by other talking points in golf (normally something the women’s Majors have to work against), but Mickelson and LIV Golf have dominated golf news headlines in recent weeks to the detriment of the PGA of America’s flagship event.

If the press surrounding Mickelson and LIV Golf wasn’t enough, the PGA Championship week has kicked off with complaints about the price of drinks for the spectators.

As we head into the tournament days, hopefully, it will be the golf being played and the drama on the course that will be filling our social media timelines.

Ones to watch this week

So, if Mickelson’s out who is playing and will potentially be in contention this week?

The field of 156 golfers will take to the fairways of Southern Hills Country Club in Tulsa, Oklahoma on Thursday.

Leading the line-up is world number one Scottie Scheffler who is looking to win his second Major of the year after his three-shot victory at The Masters. Scheffler has only played twice since his Masters win, both top 20s. Could this be his fifth win of the year?

More of an attraction than the world number one is the player 818th – Tiger Woods is back in action for his second start of the season. After many thought he may never play again following his car accident, the American made the cut at The Masters six weeks ago. Woods has won the Wanamaker Trophy four times and was the last player to win at Southern Hills in 2007. You’d never normally back the 818th player in the world, but this isn’t just any player!

Although Brooks Koepka has been struggling with a wrist injury and gave no reason for withdrawing from last week’s AT&T Byron Nelson, you would still potentially have him as a pick. He has never missed a cut at the nine PGA Championships he has played in, he’s won two and finished runner-up during the thrilling final round last year. If the American is in form, he’s hard to beat at this Championship.

Well, Rory McIlroy is always popular and we hope he will be inspired by his final round at Augusta which saw him chip in from the bunker on 18. He shot an eight-under-par 64 which tied for the lowest final-round score in Masters’ history.

Bryson DeChambeau is making headlines as he makes his return from wrist surgery. Many will believe it’s too soon but after a disappointing season so far, he’ll be looking to prove the doubters wrong. Watch this space…*

*UPDATE - Watch this space was indeed an appropriate thing to say as DeChambeau decided to pull out of the PGA Championship on Wednesday.

There are still many in the field who are in the hunt for their first Major title, including FedExCup champion Patrick Cantlay, Tommy Fleetwood, Xander Schauffele and Viktor Hovland. Or maybe one of the older English gentlemen might continue in Mickelson’s footsteps – Lee Westwood (49), Ian Poulter (46) and Richard Bland (49) are all Major-less.

Southern Hills Country Club wasn’t the original club that was going to host the 2022 PGA Championship, they were on the rota for 2030. However, after the uprising at the U.S. Capitol in January 2021, whilst Donald Trump was President, the PGA of America decided to move the 2022 Championship from Trump National Golf Club Bedminster in New Jersey.

The final purse is yet to be announced but last year was $12 million, with Mickelson winning $2.16 million.