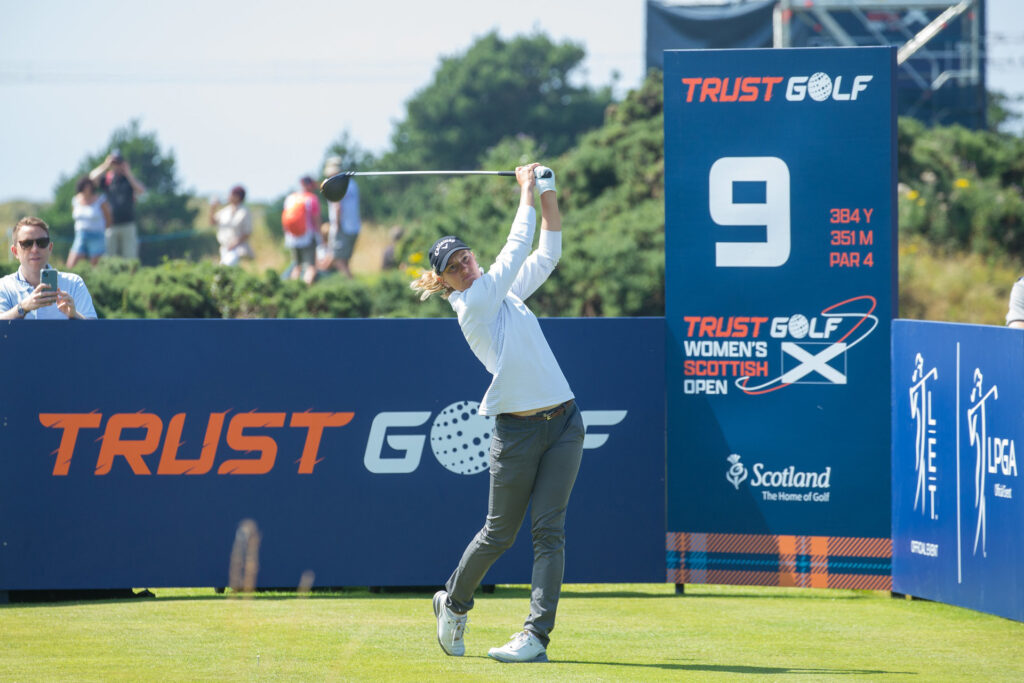 A role reversal as professional Andrew Wrigley caddies for his wife Johanna Gustavsson at the AIG Women's Open after she caddied for him at 150th Open.

Three weeks ago, Johanna Gustavsson was getting ready to caddy for her husband Alex Wrigley after he qualified for The 150th Open, but now it’s the Swede’s turn to tee it up at the AIG Women’s Open.

The duo, who got married at the end of May, are the first married couple to play in the AIG Women’s Open and The Open in the same year.

Although Wrigley missed the cut having shot rounds of 82 and 73, Gustavsson admits it was an amazing experience to be part of and she’s glad to be playing and not on the bag at Muirfield.

“That was a great week,” said the 29-year-old, who is third in the 2022 Race to Costa del Sol. “It was overwhelming almost for Alex and a little for me as well because I haven’t seen those guys up close.

“He hasn’t played a main event on the DP World Tour, so to be there was very cool, but a little overwhelming. It was great that all the family and friends were there, we had a great week, and it was a great experience.

“I think he was a bit nervous and it’s tough, I think he played alright, but he didn’t putt that well. I think that was what happened in the first round, sometimes it just gets away from you when you’re in that situation. The second day it was nice to go out and redeem himself and he did, which was great.

“It was good to caddy as it was a bit more relaxing, but it was heavy with a Tour bag. It was fun but not something I would want to be doing every week!”

The summer has seen a busy stretch of events for Gustavsson, who made the cut at The Amundi Evian Championship finishing in T60.

And at last week’s Trust Golf Women’s Scottish Open, the LET professional fired a second round of 64 – which at the time equalled the course record – to make sure she played at the weekend.

Gustavsson will tee off her firs round at 9:20am (BST) on Thursday August 4. Follow the live leaderboard here.