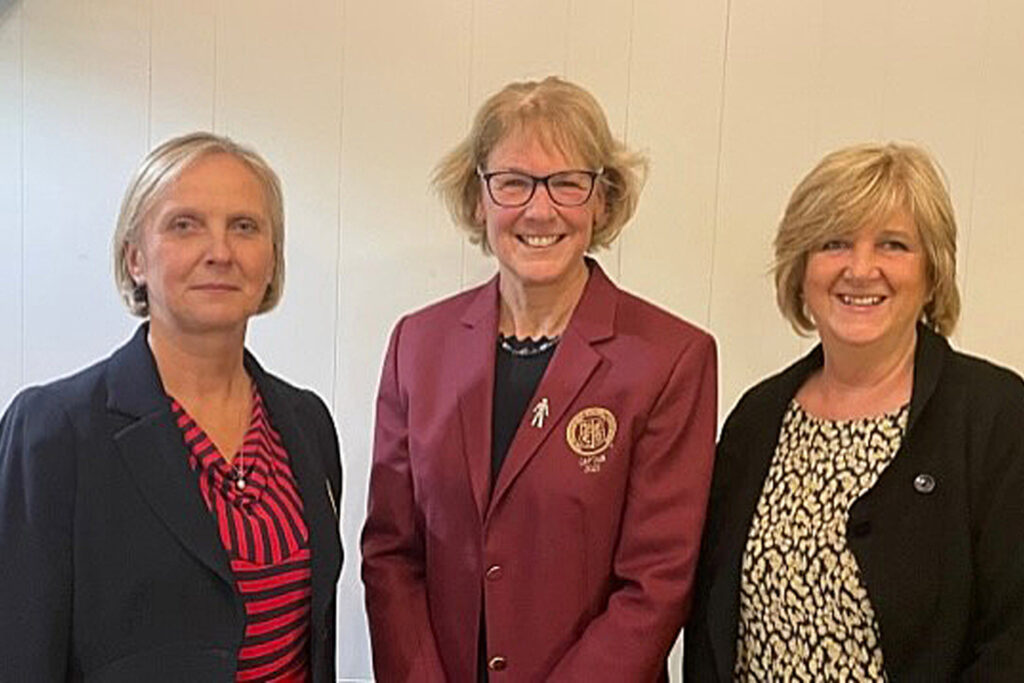 To borrow or bend a spoiler alert from the world of broadcasting, misogynistic golf club members should look away now, writes Adrian Milledge.

Because, when it comes to Colchester Golf Club, it’s not a case of girls allowed but one of women on top.

In that respect, Julie Ruscoe has been the general manager/secretary there for 15 years, Alison Clare is the first woman to captain the club since it was founded in 1907, and long-time member and former Ladies European Tour player Sarah Bennett has recently been awarded honorary membership.

These days Bennett is better known as only the second woman to captain The PGA in its history, but her golfing journey began at Colchester Golf Club in the early 1980s.

She learned the rudiments of the game as a junior member there and soon exhibited the skills that would result in her competing at its elite level by posting a six-under par round of 67 in 1987 to set a new club record.

That record remains intact 35 years on and in between times Bennett played on the Ladies European Tour for 25 years before qualifying as a PGA Professional and concentrating on coaching.

In doing so she has become one of the game’s most in demand coaches at national and county level, a reputation confirmed by her inclusion in the latest Golf Monthly magazine’s list of the UK’s Top 50 coaches.

However, the highlight of her varied career is treading the same path as her close friend and mentor the late Beverly Lewis as PGA Captain.

Despite rubbing shoulders with the game’s elite and competing at its highest level, Bennett has not forgotten her roots.

All of which was apparent when she returned to Colchester Golf Club to speak to members about her career which began on its fairways when she was a teenager.

“Sarah shared with us memories of her early years at Colchester Golf Club including the techniques she used to get a game,” said Clare, the event’s organiser.

“These involved staking out at the bottom of her parent’s garden that runs adjacent to the first fairway and asking unsuspecting members whether she could join them.

“She also went on to say how important the support that she got from the club in those early years was and how important club support is for all aspiring young golfers today.

“Sarah also gave us many insights into how she moved from playing on the Ladies European Tour to becoming a coach.

“And as one of the top 50 coaches in the UK for 2022 she also gave some interesting insight into how best to practise and commented on the great practice facilities at Colchester Golf Club.”

Bennett is currently the head PGA Professional at nearby Three Rivers Golf and Country Club and recalling her early days at Colchester, she said: “I was totally hooked on golf and spent as much time on the course either playing or practising.

“I was so keen to play that I used to hide behind a big oak tree and ambush members so that I could get a game.

“My antics led to a question asked of members in the clubhouse: ‘have you been Sarahed!’

“I’ll never forget those days nor the help and support the club and many of its members gave me at the start of my golfing journey.

“Colchester Golf Club has played a huge part in my life and being made an honorary member is a huge honour. I’m extremely proud.”

Bennett’s success in the game and the part the club played in it is exemplified by the way it promotes the women’s game and encourages females to get involved both on and off the course.

As the club’s first female captain, Clare is very much a rarity, if not unique, in golf club circles.

What is unquestionably unique, however, is that two women members at Colchester - the club’s captain and her PGA counterpart – are in office simultaneously.

Meanwhile Ruscoe has been a driving force in getting women into golf at the club, not least in signing up to the R&A’s Women in Golf Charter.

The club also boasts a thriving women’s section and Ruscoe confirmed: “We have 135 female members which is the largest in the county.

“We could do with more junior female members and our pros are working on that. It would be great to have another Sarah coming through.

“She’s been a huge credit to the club, we’re very proud of our association and her honorary membership is well-deserved.

“We were delighted to welcome her back and hear her talk about her career. Her experiences were fascinating, and she gave us some very helpful golfing tips. It was a wonderful evening.”