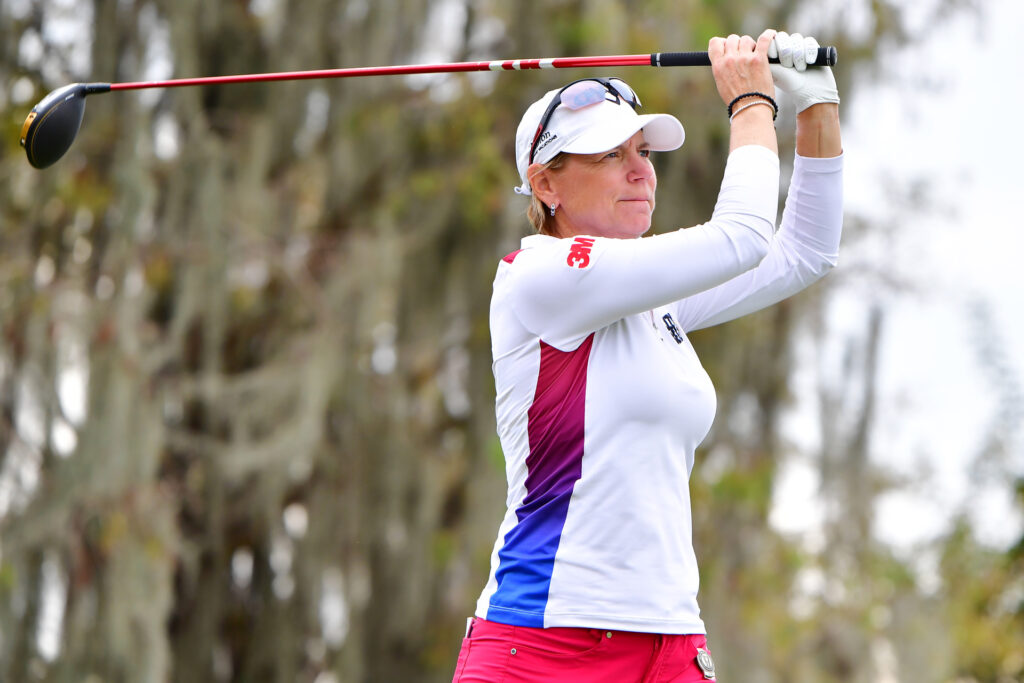 On the heels of filing her entry into the 2022 U.S. Women’s Open at Pine Needles Lodge & Golf Club, where she won the major championship in 1996, Annika Sorenstam continues to add to her competition schedule. The LPGA and World Golf Hall of Fame member will headline the 78-player field for the 2022 Senior LPGA Championship, taking place on July 22-24 at Salina Country Club in Salina, Kanas.

It will mark the first LPGA Tour-family event for Sorenstam in the state of Kansas since her runner-up finish in the 2002 U.S. Women’s Open at Prairie Dunes Country Club in Hutchinson, located just 65 miles south of Salina Country Club.

“I’m looking forward to getting back to Kansas for the first time in years to compete in my first Senior LPGA Championship. The LPGA has meant so much to me and my career, so I want to support this event. We appreciate the opportunity to play.”

Juli Inkster, another LPGA and World Golf Hall of Fame member, will also highlight the collection of all-time greats converging on the Sunflower State for the Senior LPGA Championship, one of two majors on the Legends of the LPGA circuit along with the U.S. Senior Women’s Open Championship hosted by the USGA.

Inkster, who has won 31 times on the LPGA Tour said:

“We all love the game and thrill of competition. For Salina Country Club to open its doors and give us a first-class stage to continue our passion is an incredible opportunity. I have fond memories from my years spent in Kansas, especially the U.S. Women’s Open 20 years ago. It will be great to make new ones when everyone gets together in Salina this summer.”

The Pete Dye Course at French Lick Resort in French Lick, Indiana, hosted the Senior LPGA Championship on four occasions from 2017-2019 and in 2021. Englishwoman Trish Johnson is the only two-time winner of the Stephen L. Ferguson Trophy, having won the first and last editions in the Hoosier State. Competition now shifts to Salina Country Club, which is owned and managed by JRI Hospitality.

“We look forward to showcasing Salina Country Club and the city of Salina to a national audience. The LPGA Tour will help put a spotlight on the exceptional community we live in, and we’re thankful that they have selected Salina to host such an exciting senior women’s major championship.”

View the full Legends of the LPGA Tour schedule here.