Tour: Kouskova wins LETAS Order of Merit and Rookie of the Year 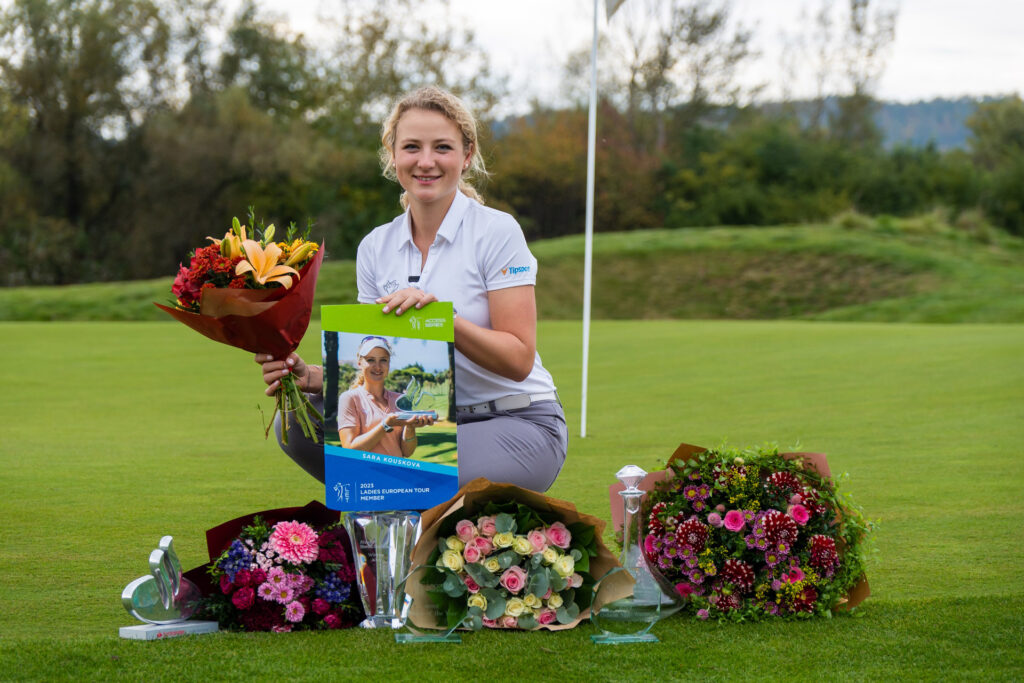 Czechia’s Sara Kouskova capped off an impressive first year as a professional by securing the top spot in the LET Access Series Order of Merit and Rookie of the Year standings, getting a total of 2,592.18 points.

The 23-year-old returned to Europe after graduating from the University of Texas in May, just in time to make her first professional appearance at the AMUNDI Czech Ladies Challenge being held at her home course in early June.

Kouskova launched her professional career with second place at Prague City Golf Club and followed that with 13th and 22nd placed finishes on the Ladies European Tour in Czechia and Germany, respectively.

“This season has been very long but extremely rewarding. I’m glad I chose to play on LETAS this season to earn my LET card for next year,” said the player, who clinched her first professional win at the 2021 AMUNDI Czech Ladies Challenge while still an amateur.

She continued: “Back in June, I knew that I could secure my card through LETAS, but actually winning the Order of Merit and Rookie of the Year was something I couldn’t even imagine back then and it’s just a cherry on top.”

The Czech rookie focused on the LETAS schedule in the second half of the season, clinching her first professional win at the Santander Golf Tour Malaga before getting back-to-back victories at the Elite Hotels Open in Sweden and the ASGI Lavaux Ladies Open in Switzerland.

“All three wins were a bit different but all of them are very special to me. I have so many great takeaways from not only these events, but also those where I fought until the very last shot to be in contention.”

The best-ranked player on LETAS also added three top-five and one further top-10 finish in her ten starts to claim both 2022 titles on the development tour.

“I think that more than just the results, it was important to gain all the experience and information in my first pro season. I want to utilise everything I’ve learned during the upcoming seasons when I’ll play with the best players in Europe and in the world.”

Kouskova did not compete in the last tournament of the season in Calatayud, but the four-time LETAS champion accepted both of her prizes as well as the LET card at her home Prague City Golf Club.

“My manager and caddy put together a huge surprise for me and invited my family and friends to the prize giving at my home club. It was really nice and personal, although I was sad I couldn’t attend the actual prize giving in Spain with the other girls who made the whole season really the one to remember.”

The top six in the Order of Merit clinched their LET cards for next year with five winners from the 2022 LETAS season.

Germany’s Chiara Noja – the winner of the 2022 AMUNDI Czech Ladies Challenge – finished second in the standings with 2,217.98 points.

Sweden’s Anna Magnusson, who had five top-five and two further top-ten finishes on LETAS in 2022 claimed sixth place in the standings with 1,425.26 points.