Tour: It's tit for tat at the top 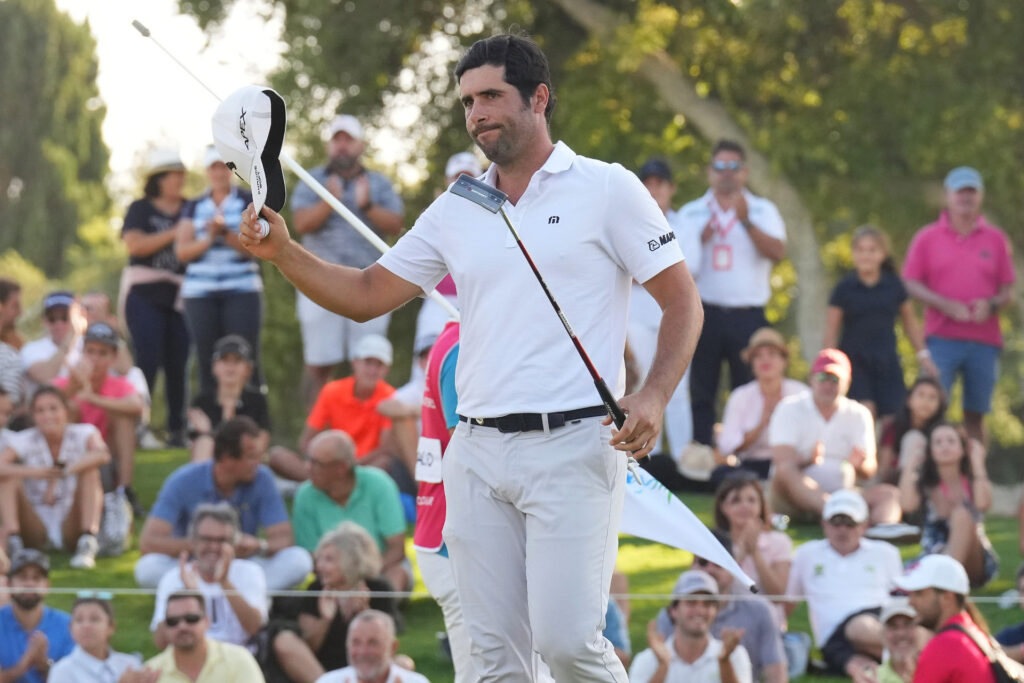 Controversy seems the norm now at the top end of professional golf. Especially on the men’s tours. Tournaments can’t be played without intense scrutiny around its worthiness, the field, world ranking points and the odd snipey tweet from LIV Golf or one of their players.

It’s become a tit for tat battle at the top and it leaves a bitter taste in the mouth. Take this week’s Andalucia Masters on the DP World Tour. A second week in Spain and another Spanish winner. Pre-LIV Golf this would have been a triumph for the tour, but we now live in a golf world where no two wins can necessarily be equal.

Why? Because the six shot victory was by Adrian Otaegui. The Spaniard appealed against his suspension after playing in the first LIV Golf event at Centurion and until the hearing in February is able to play on the DP World Tour.

Having played in three of the first for LIV Golf events, it’s unclear as to whether Otaegui will play any part in future events. Either way, he is tarred with the LIV Golf brush and his DP World Tour membership hangs in the balance.

Coverage was limited, especially on social media, of the 29-year-old’s dominating performance. There’s no doubt that winning by six shots and finishing with a tournament record of 19-under-par is a fantastic achievement around Valderrama.

However, the DP World Tour were in a no-win situation – give Otaegui the usual coverage would ultimately be saying to tour members that joining a breakaway tour has no ramifications. On the flip side, from a regular golf fan’s perspective, it just looked petty. Something that LIV Golfer Lee Westwood was keen to point out.

"I feel so happy to have my first win in Spain, in front of these crowds, on my favourite golf course in Spain. It's just unbelievable, the week went perfect.

As the tour heads to Mallorca and the final event in Spain, there’s no doubt egos, pettiness and scrutiny will abound (and that’s just from LIV Golf) as golf’s power struggle continues.

A time zone difference and the potential for Rickie Fowler's first PGA Tour victory since 2019, kept golf fans more focused on the golf being played at the Zozo Championship in Japan.

Fowler took a one-shot lead into the final round but a level par 70 wasn't enough to get the job done. The 33-year-old reflected on this afterwards:

"Kind of bittersweet. Obviously wanted to get the job done and I felt very good going into today. Felt, you know, probably as good as you can feel out there. Final round, haven't been there a whole lot in the last couple years, really just didn't give myself many opportunities until the end. And I hit some darn good putts that it was like there was a cover over the hole.

"Gave it our all, left it all out there. Big congrats to Keegan, he made the putts I didn't. He earned it. But definitely excited about having a couple good finishes to start the season and a lot of good stuff coming."

So, it was fellow American Keegan Bradley whose two-under-par final round gave him a one shot victory at 15-under-par over Fowler and Andrew Putnam.

Bradley's winless streak goes further back than Fowler's to the 2018 BMW Championship. The win clearly meant a lot to the 36-year-old:

"There's a lot of hard work that goes into it. Even if you play perfectly, doesn't mean you're going to win. But for me, I feel like I should be contending for tournaments, I want to be contending to play on Ryder Cup, Presidents Cups teams, majors.

"You know, this is going to go a long way. I haven't really won that many leading the entire day like I did
today and I really learned a lot and I think I can take a lot of that going forward the rest of the year."

This week it's The CJ Cup in South Carolina as Rory McIlroy looks to defend his title.

But it turns out it was the team win that meant more:

“Honestly, to me the big thing today was getting the team win,” said Koepka, who shot a final-round 69 to finish regulation at 12-under-par with Uihlein. “I told my brother I’d buy him a Lambo if we won the team thing, so I’ve got to go buy one.”

To be honest, winning $750,000 in the team event alone, you'd think Chase Koepka could buy his own.

All that's left for LIV Golf this year is the Miami Team Championship on October 28-30 at Trump National Golf Club Doral. Then the speculation for 2023 over hundreds of column inches can begin.