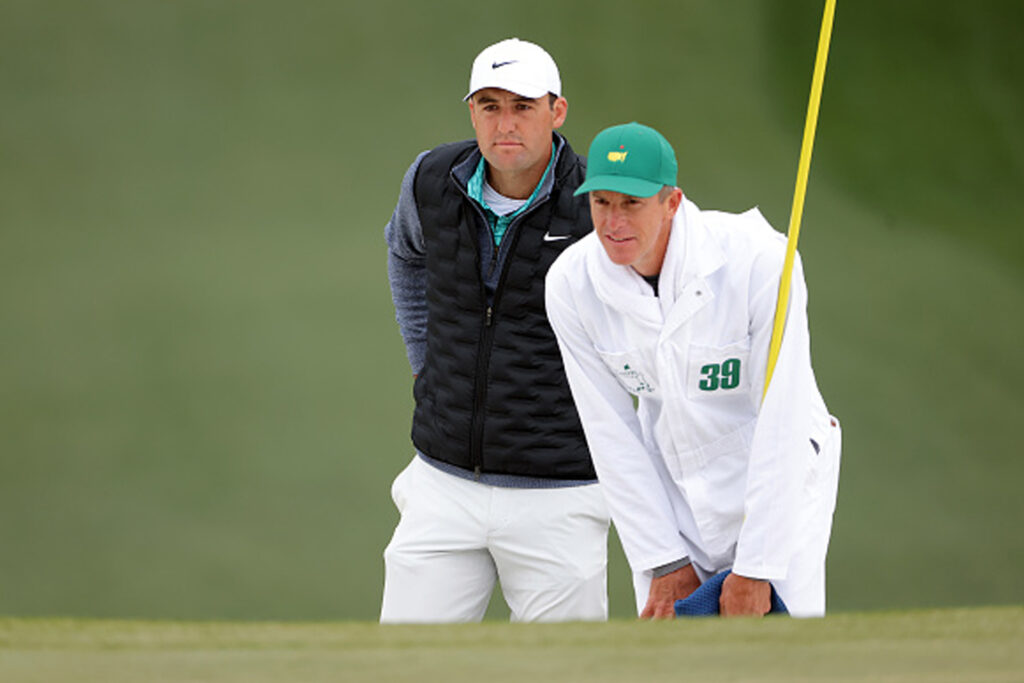 Heading into the third day with a five-shot lead and then extending it to six on the front nine. You’d be forgiven for wanting to switch off your TVs as you witnessed Scottie Scheffler’s commanding performance.

For a lot of golf fans, we don’t want a dominating performance at Augusta National, unless it’s Tiger Woods. We want to see the drama, twists and turns that the course is known for. Watching World number one Scheffler, it seemed like he was playing anywhere but Augusta. He had a relaxed demeanour, laughing and even smiling when the wind made his ball come up short on a birdie putt on nine.

Unlike what many would have first thought, the 25-year-old didn’t get it all his own way. Hopefully, you stuck around for the back nine. Scheffler faltered in the tricky, windy conditions and with four bogies, including a wayward tee shot on 18, and two birdies, he finished on nine-under-par and the lead had been cut to three shots.

Scheffler: "I had a lot of fun out there"

The American is confident heading into the final, he said:

"If you play this game for a living, you get used to people watching you. I had a lot of fun out there. Being in the lead is fun. When I'm in the lead, I'm trying to stay in the lead and not overthink things.

"Just go out there and play golf.

"When we got started with the round today, I mean, it was so windy and never really let up. So I hit a lot of really nice iron shots. I hit the ball really solid today. And for the most part I kept myself in good positions, outside of, I would say, 14 and 15.

"And yeah, good accomplishment. I'm not really going to think too much about it tonight, but, you know, I'm just really looking forward to tomorrow."

Along with Scheffler, our W&G predictions picked out Cameron Smith. So, it’s no surprise that he produced the round of the day, with a 68 to get him to six-under-par and three shots back.

The 28-year-old is much harder to read on the course, his cool, almost laid back attitude doesn’t give much away. But one thing is for sure, he’s knows he can compete and win at this level. He said:

"It just means I can get it done I guess when I'm up against the best guys in the world. It's a good feeling to have. It's earned. It's not given to you.

"So, I'm going to have to go out there tomorrow and play really good golf again, probably similar to today. Hopefully, everything just falls into place."

As for our other predictions – Collin Morikawa and Dustin Johnson are tied ninth at one-over-par and Brooks Koepka failed to make the cut.

Tiger Woods carded the worst round of his career at The Masters with a six-over-par 78 as he seemed to struggle in the cold and windy conditions.

With the lead now cut to three shots and Sungjae Im a further two back we have a final day to look forward to. The weather is meant to be warmer and the wind not so strong.

The potential for a thrilling final round at The Masters is there and it's just how (most of us) like it.