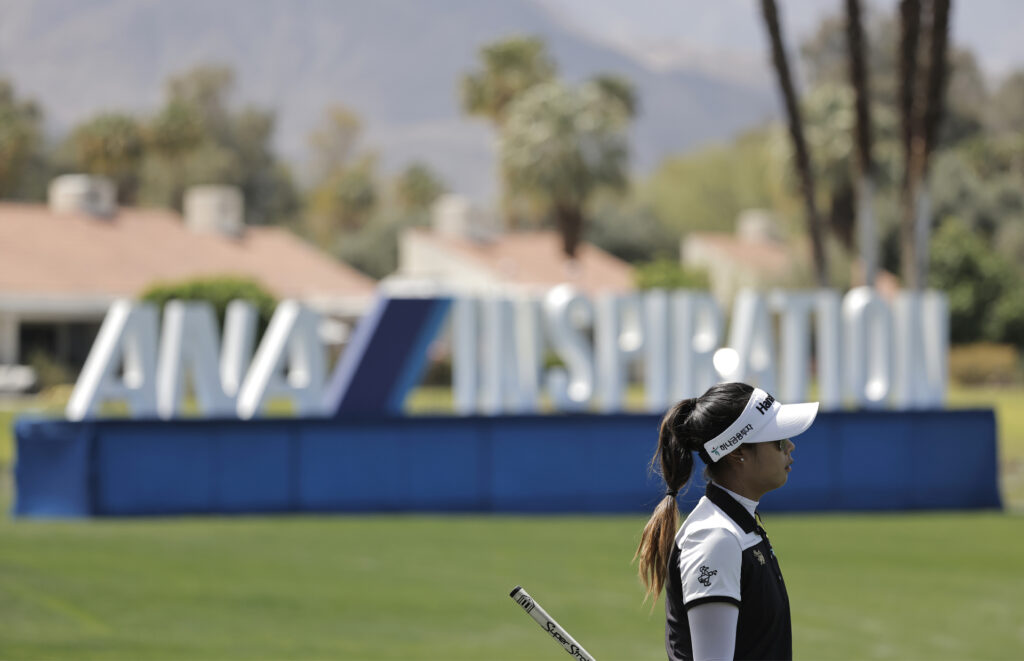 The 50th edition of the ANA Inspiration officially got underway on Thursday, April 1, with 119 players taking to the course at Mission Hills Country Club

It was a hot day on the course, in more ways than one, with chip-ins and impressive holing out happening all over the course. Here are the highlights:

It was Patty Tavatanakit who came out on top after the first round shooting a bogey-free 66 to lead by one stroke at six-under-par, in only her second year on the LPGA Tour, after a condensed rookie season last year. The 21-year-old took the first round of the opening Major of the season in her stride and tried not to let the occasion affect the way she played:

“It was a pretty calm and relaxing day today. I just stuck to my game plan and didn't get too greedy out there. I know it's a major, it's tough, the course is really tough.”

Former world number one, Shanshan Feng, made her return to competitive play on Thursday after deciding to return to China last year, to take time off from golf and spend it with her friends and family. She had no expectations going into this week:

“My goal was to actually enjoy the whole process, whole time on the course.”

It was clear that she did just enjoy being back out on the course and playing competitively, she carded a bogey-free 67 and a share of second place with Ireland’s Leona Maguire.

Maguire, with only one bogey blemishing the scorecard of what was an impressive first-round performance. After finishing T-18 last year, she is enjoying being back at Mission Hills:

“I've been playing well the last few weeks. Got off to a really nice start this season, and trying to build on that momentum. It's nice to come back to a course that I've been to before and I did well on last year.”

After the controversy of the big blue wall last year, Hall is happy to see that it was removed from behind the 18th green for this year’s event:

“I think it's great decision. I think a lot of players will be laying up now. I don't think You'll hardly see anyone going for it because the greens are probably the firmest I've seen them”

There is a strong field behind Tavatanakit, with former major champions and world number ones, with still a lot more golf to be played. It may come down to who can handle the heat over the next three days, with temperatures getting to over 90 degrees.