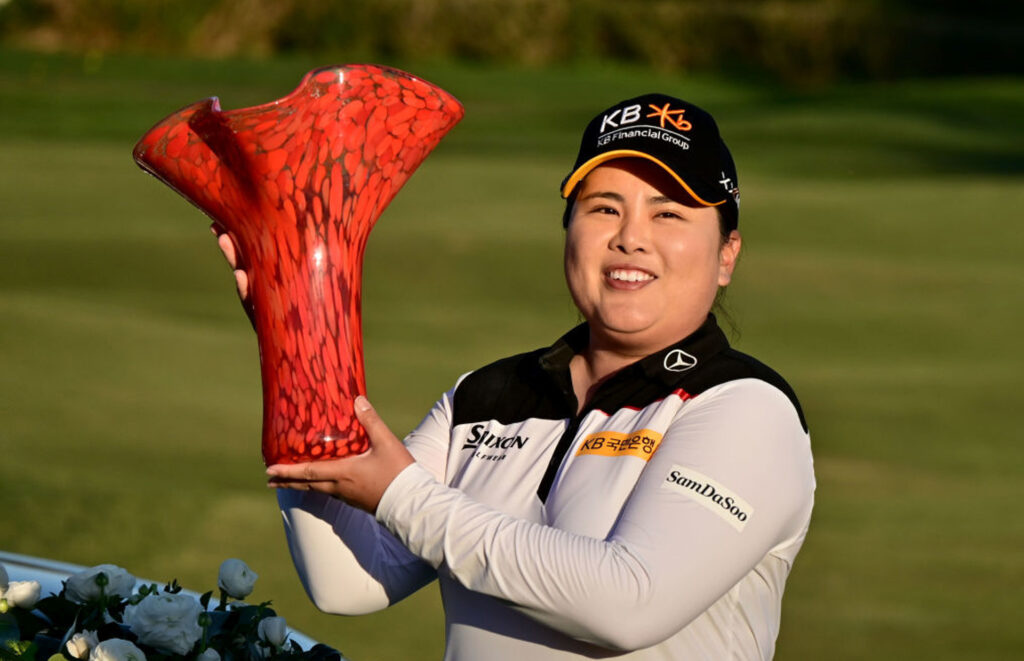 This win matched LPGA Tour Founder Marilynn Smith at number 25 on the all-time wins list. It was a truly dominant performance from the World Number four, with her first wire-to-wire win of her career. With three rounds in the 60s, she finished with a final round 70 to finish on -14, matching the largest margin of victory in her career. She also took home a Kia Sorento, the first car she has ever won on tour!

This was Park’s first Kia Classic title, and she explained why she enjoys playing this tournament: “What is special about this week is I always love to play [the Kia Classic] and I have played really, really well on this golf course but I was never able to win. I looked at the trophy before the final round and thought I almost had it a couple of times. Finally being able to win is a relief and it is a beautiful trophy.”

Amy Olson signed for a bogey-free 68 in the final round to tie for second with Lexi Thompson, who used five birdies on Sunday to shoot 3-under 69 and finish 9-under for the Kia Classic. World No. 1 Jin Young Ko finished alone in fourth at -8 overall.

As we head into major week, it is safe to say that Park has to be a red-hot favourite, her cool and calm demeanour on the course, coupled together with her consistent performances means we have the potential for an exciting week ahead. Asked about her nerves, “Everybody asks me like, ‘Do you still get nervous?’ Yes, of course. ‘But you look so comfortable. Are you comfortable?’ I’m like no, what do you expect?” said a smiling Park.

Bring on the ANA Inspiration!