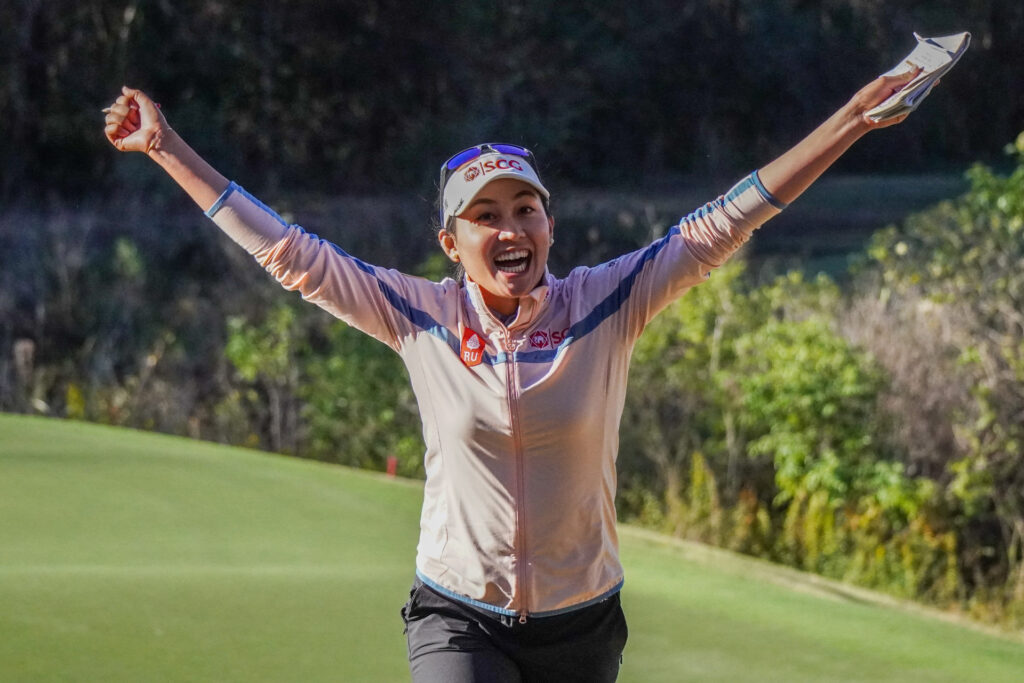 The LPGA Tour announced today that Atthaya Thitikul has earned the 2022 Louise Suggs Rolex Rookie of the Year award. Thitikul, who has two victories this season – the JTBC Classic presented by Barbasol and the Walmart NW Arkansas Championship presented by P&G – has clinched the honour after finishing in a tie for 10th at last week’s TOTO Japan Classic. Thitikul has earned 1,537 points and holds an insurmountable 250-point lead over Hye-Jin Choi, who withdrew from the Pelican Women’s Championship, with two events remaining in the 2022 season.

Thitikul is the second consecutive player from Thailand to earn Rookie of the Year honours and third overall, joining Patty Tavatanakit (2021) and Moriya Jutanugarn (2013).

“It is such an honor to win the Rookie of the Year award, especially being the second consecutive player from Thailand to win this honor,” said Thitikul. “I’m happy to have made my home country proud. My rookie year has been really fun and memorable, but we still have a long way to go.”

The 19-year-old first earned LPGA Tour Membership after she finished third at LPGA Q-Series in 2021. In March, Thitikul became a Rolex First-Time Winner at the JTBC Classic when she defeated Nanna Koerstz Madsen in a playoff at Aviara Golf Club. She earned her second Tour title in September, beating Danielle Kang with birdie on the second play-off hole to win the Walmart NW Arkansas Championship.

Along with her two victories, Thitikul has 13 additional top-10 finishes this season, including a solo fourth at the KPMG Women’s PGA Championship, a tie for eighth at the Amundi Evian Championship and a tie for seventh at the AIG Women’s Open.

Thitikul recently ascended to No. 1 in the Rolex Women’s World Golf Rankings on October 31, becoming just the second Thai player to ever do so alongside Ariya Jutanugarn. With two events left, she is currently second in the Race to CME Globe standings (2,690.127 points), third in scoring average (69.435) and tied for third in the Rolex Player of the Year standings (130 points), 20 points behind leader Lydia Ko. Thitikul is leading the LPGA Tour in both birdies (392) and top-10 finishes (15), is fifth on the season’s Official Money List ($2,110,142) and is tied for third in strokes gained total (1.950). She is also tied for fourth in eagles made this season (11).

Thitikul went from LET Rookie of the Year to the LPGA

Thitikul will receive the Louise Suggs Rolex Rookie of the Year award at the 2022 Rolex LPGA Awards ceremony, to be held Thursday, November 17, at the Ritz-Carlton Golf Resort in Naples, Fla. during the week of the season-ending CME Group Tour Championship.