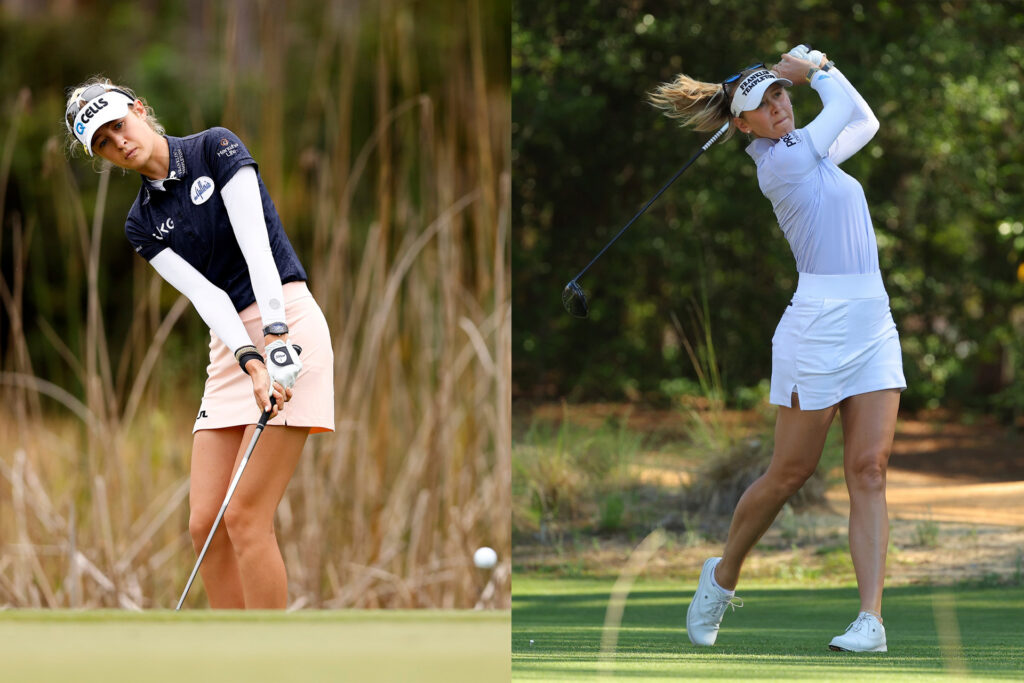 American golfing stars Nelly and Jessica Korda are heading to Spain for the first time, with both confirmed for next month's Aramco Team Series - Sotogrande.

The sibling pair will tee it up in front of their maiden Spanish crowd at La Reserva Club, August 18-20, in what will be their second Aramco Team Series outing.

Both Nelly and Jessica were part of history when they played in last year’s debut Aramco Team Series – New York, the first ever Ladies European Tour event to be played on U.S soil.

And for older sister Jessica, a six-time LPGA-winner, that was just the start of a history-making week, as she captained her team to victory in the event’s unique fourball format.

Now, both will return to battle it out against the biggest and best names on the Ladies European Tour under the Sotogrande sun this summer.

“It’ll actually be my first ever time visiting Spain, so I’m really looking forward to getting there and seeing and experiencing what I’ve always imagined to be this amazing culture. The golf course at La Reserva looks incredible too so it should be a great week.

“Jess and I both played in the Aramco Team Series event in New York last year and loved the format. It’s something different having the separate team-individual formats going on at the same time which is fun.

“With the Solheim Cup taking place just round the corner from Sotogrande next year, this will also be the perfect opportunity for me and some of the other Americans in the field to get a bit of a lay of the land and a feel for playing in Spain, with the hope of being back there 12 months later.”

Joining a host of Spanish stars

“New York’s Aramco Team Series was a great event. Having won the team side of it was a lot of fun! I am looking forward to getting a chance to play that same format again.

“I’ve also never actually played in Spain. The Spanish fans are known to have some fiery passion too, so I can’t wait to tee it up in front of them for what should be a pretty special atmosphere in Sotogrande.”

The headline pair will be joined in Sotogrande by a host of big-name Spanish golfers, including Solheim Cup hero Carlota Ciganda, rising talent Ana Peláez Triviño, Nuria Iturrioz and Carmen Alonso, as part of a field packed with global stars, more of whom will be announced in due course.

To secure tickets – which start at just €5 – or to find out more, visit aramcoteamseries.com or follow the event on social media @aramco_series