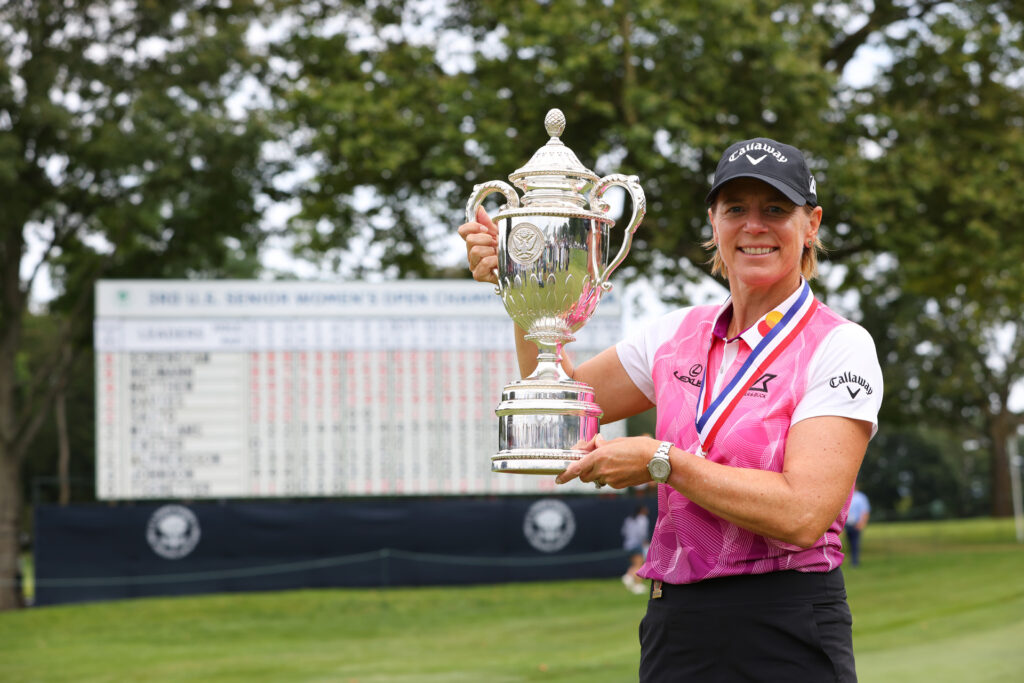 Here's all you need to know about the 4th U.S. Senior Women's Open Championship where Annika Sorenstam looks to defend her title

This week NCR Country Club in Ohio plays host to the 4th U.S. Senior Women's Open Championship. Annika Sorenstam has returned to defend her title, after winning on her debut last year.

Here's all you need to know about this week's major event.

NCR Country Club, located in Southwest Ohio, proudly boasts two Dick Wilson signature golf courses. The famed architect is credited with such historic designs as Bay Hill, Cog Hill, Doral and Laurel Valley to name a few. The South Course, which will host the 2022 U.S. Senior Women’s Open, has long been considered a championship caliber golf course. The South Course has been a host site for many state, regional and national golf championships in its almost 70- year history.

Eighteen holes of stroke play are scheduled each day from Thursday, Aug. 25, through Sunday, Aug. 28. In the case of a tie after 72 holes, a two-hole aggregate play-off will commence immediately following the conclusion of the fourth round.

What does the winner receive?

The USGA announced the establishment of the U.S. Senior Women’s Open on February 6, 2015. In 2018, World Golf Hall of Famer Dame Laura Davies, rolled to a 10-stroke victory over Juli Inkster in the inaugural Championship at historic Chicago Golf Club.

The following year, Helen Alfredsson, took home the trophy at Pine Needles Lodge & Golf Club. Unforunately, the championship had to cancelled in 2020 due to the Covid-19 pandemic.

How to watch the U.S. Senior Women's Open

Tickets for the 2022 U.S. Senior Women’s Open are available for purchase at usseniorwomensopen.com. Daily grounds tickets are available for $30, or two packs for $50. All juniors age 18 and under receive complimentary admission with a ticketed adult.

We cannot see any times for coverage in the UK, but will update here if we find any.