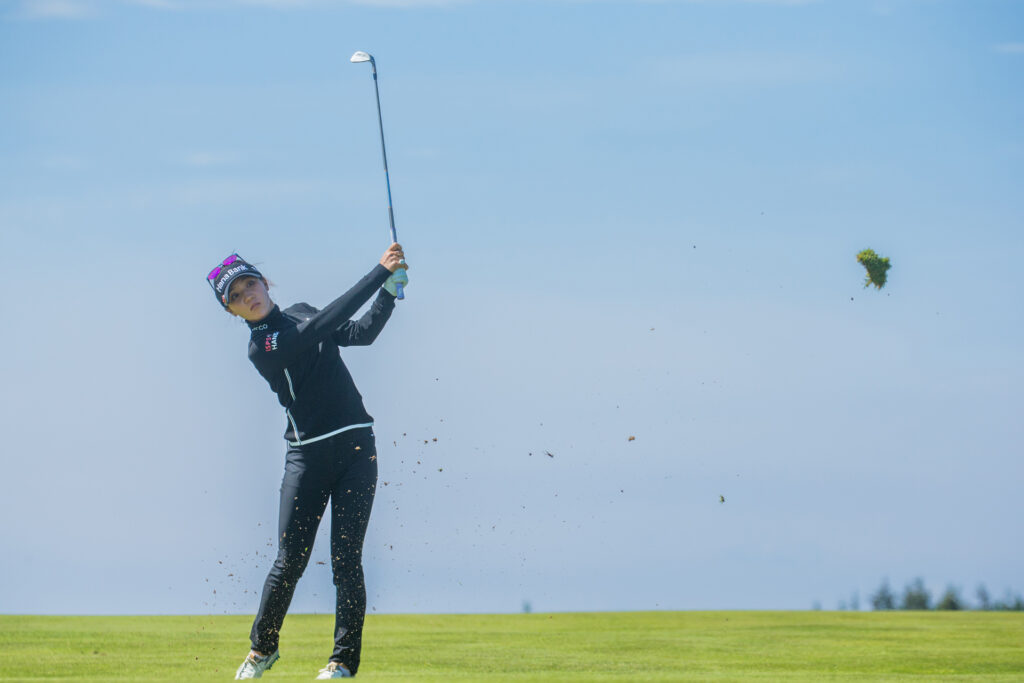 World number four Lydia Ko produced another bogey-free round of 65 to lead by two shots at the midway mark of the Trust Golf Women’s Scottish Open.

The New Zealander, who began her second round on the 10th tee, had a slower start only making one birdie on her front nine.

However, Ko had an excellent back nine with four birdies and an eagle to put her in pole position at Dundonald Links on 14-under-par.

“I felt like I played more solid yesterday. think I had a few more birdie opportunities today that I missed,” said the two-time Major winner. “But when I made the turn, I made a really good par actually on the 18th hole, which was my ninth hole, and then hit a good drive down the first and I just got really good momentum.

“Sometimes when you're giving yourself a lot of looks, you can get easily frustrated because not all of them are going to drop. A lot of the times when I was putting for birdie, it was in pretty good range and not that tricky, where I think I was putting pressure on myself, then I would hit a mis-shot on the next one. So, I tried to make sure that what happened behind me wasn't going to affect what was happening in front.

“I think especially in conditions like this, where the wind is pretty calm and the sun is out, you have to take advantage of it because we all know that over on this side of the world, it can change pretty quick.”

Two shots behind Ko in second place is American Lilia Vu, who carded a round of 67 (-5) to reach a total of 12-under-par after 36 holes.

The three-time Epson Tour winner rolled in back-to-back birdies on 11 and 12 before dropping a shot on the 17th but soon made up for it with further birdies on two, six, seven and nine.

“I just did the same thing as I did yesterday, focused on the hole and the shot in front of me. It was a beautiful day for golf, and I enjoyed it,” said Vu.

“My home club Shady Canyon is a links-style golf course as there’s basically no trees and if you hit it off the fairway, you’re gone so I’ve had a lot of practice with that. I know the rain is coming tomorrow, so I’m just going to expect it and be ready for that.”

Korea’s Eun-Hee Ji sits in third place on 11-under-par having fired the joint-best round of the day, along with Sweden’s Johanna Gustavsson, and equalling the course record with a 64 (-8).

“First, my shots and putter were going really well today, and it helped that the weather was good too and because of that, it was a bit easier to play,” she said. “With the shots being so good, I gave myself a lot of birdie opportunities. I had a good feel for the putt, I was able to finish them off well.

“I got a bogey early in the round, I could have saved par there, but just missed the putt. My caddie was telling me ‘Let’s bounce back’ and cheered me on, so I played with more confidence and got a lot of birdies after that hole and finished with a good result.”

"Barely even noticeable we are in Scotland"

Thailand’s Wichanee Meechai and France’s Celine Boutier are in a share of fourth place on 10-under-par having shot rounds of 65 and 69, respectively.

Four players are one shot further back on nine-under-par including Germany’s Leonie Harm, who produced a bogey-free round of 68 on day two.

“I really enjoyed another welcoming Scottish day. Barely even noticeable we are in Scotland at all, the conditions wonderful,” said Harm. “The golf course is in great shape and the water we got yesterday softened the greens, and you could attack the flags and it was quite fun.

“I had one chip up-and-down which that rarely happens and I'm just glad I could keep the card clean again and I'm intending to continue to do so through rougher conditions on the weekend.

“Expectations are always a tricky thing in golf because no two days are ever alike. I have some goals to basically stay in the moment and hit one shot at a time because links golf can be brutal at times, and you just have to not get ahead of yourself is probably the mentality you want and to just enjoy another 36 holes out there.”

England’s Georgia Hall and France’s Pauline Roussin are two of the six players in a share of 10th place on eight-under-par.

Spain’s Nuria Iturrioz had a magic moment during her second round when she made a hole in one on the par-three sixth hole.

The cut fell at one-under-par with 75 players making it through to the weekend.