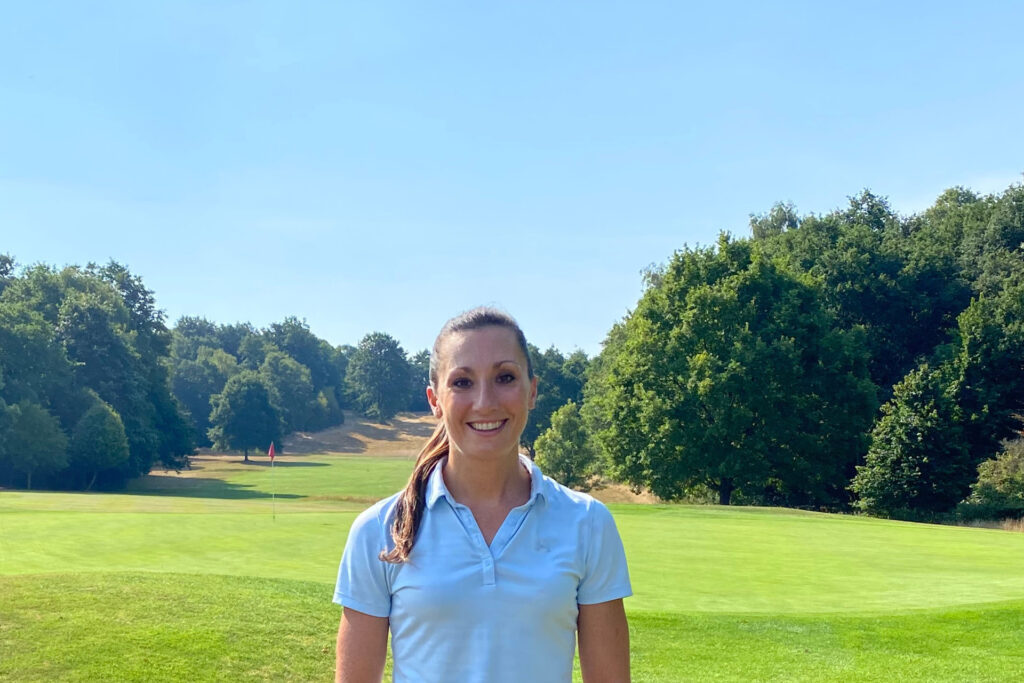 Guest blogger Jess Ratcliffe is here with her August update, one year since she got her first handicap of 34.1 she's reached single figures!

Jess Ratcliffe has a life-threatening, one-in-a-million blood disease called Paroxysmal Nocturnal Haemoglobinuria (PNH), which meant she had to shield during the Covid-19 lockdowns in the UK. Then she found golf and went on a mission to get to single figures by the end of May 2022.

Unfortunately, she didn't quite make it getting to 13.8 in nine months. However, not to be put off Jess continued to push to get to single figures and we're delighted to say she achieved her goal. In 12 months she has dropped from 34.1 to 9.9!

Here Jess explains that it all came to down her last round and the pressure was on...

After many months of trying and failing and trying some more, this was it – could I reach single figures within 12 months of getting my first handicap of 34.1?

It came down to the last round

I knew going out on Sunday 7th August that I needed to shoot nine over (or better) to finally achieve the goal that my sights have been locked on for so long.

With greens maintenance week starting the next day, the course would be on temporary greens well into my self-set deadline of mid-August. Meaning I couldn’t put a card in under those conditions, so this round was it. The last push at the place where I got my first handicap 12 months earlier, West Surrey.

I’m not going to lie, the start surprised me

As my round got underway, I felt confident and focused. When those pesky whispers of worry crept in – “Dang, you’re short of the green!” – I swapped them for positive thoughts – “It’s okay, I can get up and down from here” – and it worked. By the end of the front nine, I was only 3 over. My best to date.

And then, the bogey train left the station

I don’t know if it was nerves, adrenaline or those wonky bounces from the dry weather but before I knew it, I found myself eight over going into the 14th. One off the score I needed to shoot for the entire round.

Three wood in hand, I took a practice swing, before finding my target and setting up. My heart was racing as I looked down the hole one last time, muttering to myself “swing it smooth, Ratcliffe.”

My ball flew down the middle of the fairway, landing slap bang between the bunker to the left and the grassy dip to the right. And breathe…

As I walked up to my ball, I told myself “You can do this”

I zapped my distance, 90 yards to a white flag at the back of a left-to-right, uphill green. My instinct immediately told me: 9 iron three-quarter-swing, with a bit of punch so it rolls when it lands on the green. I took the shot and watched as my ball finished in line with the flag, leaving me with an uphill 9-footer.

Standing over the putt, I held onto the confidence that I could make this. This could be the day. I heard the thud of my putter sending the ball to the hole and with a little look, saw it roll in from the front left edge. Birdie!

Seven over with three holes to play

Little did I know how much I would need that birdie, as two more bogeys took me to 9 over as I walked to the 18th. A hole I needed to par – one more bogey would be bust.

Again three wood in hand, I set another intention: “This is going to happen today”. I took a deep breath and swung – sending my tee shot down the fairway, finishing in the short rough on the right. Okay, it’s safe.

With a long way to go on this final par 5, I pulled out my four hybrid and sent it scurrying down the fairway like a skipping stone, with a special thin and top combo. A few F words later, I shook it off and walked the short distance to my ball…

170 yards to the pin, with two shots taken, I had to go for it. I took my six iron and let it rip, hoping this shot would come off. I heard “Go, go!” as my playing partners pleaded with my ball to carry the front greenside bunker. It did…a little too much in fact, rolling through the back of the green to settle in a shady section of rough.

More positivity was called for – “You can get up and down from here” – and I did! Taking par by sinking the longest, most knee-knocking putt I’d made all day.

It felt like it was meant to be, finishing nine over – the score that would squeak me into single figures with a new handicap of 9.9.

There was one thing that helped me the most

Throughout my journey, from setting myself the big goal to sticking with it when nothing was clicking to the final round that stepped me over the line, there’s been one thing that’s helped me the most – my mindset.

That’s why, I wanted to share three specific mindset shifts that I hope will help you on your journey to achieving your golf goals:

The pesky thoughts make us tense but the positive thoughts give us a boost of confidence – and that’s what we want when we’re on the course.

When you have a “bad” hole or even a run of holes you’re not happy with, instead of spiralling, thinking “Well, this is it, my round’s over”, use it as an opportunity to spring into the challenge of playing your best.

I’ve had more rounds than I can mention where I wanted to walk in after my front nine but then my back nine might be the best I’ve ever played it. There are 18 holes for a reason and it’s not over ‘til it’s over.

When you’re chasing your goal, there will be days when it feels impossible and there will be times when you try and miss. That’s when the doubt will kick in – trying to convince you that you’re not good enough, that you’ll never make it, that you’re a fool for even trying.

It’s the daring to believe that will keep you going when it feels like things aren’t coming together…until they do.

Thank you for being with me over the last few months. I will still continue to try and lower my handicap but I will also start to share the hints and tips that have helped me to achieve my goal. Why not follow along and come and say hello, I’d love to hear from you, I’m @jessratcliffe on Instagram or [email protected]