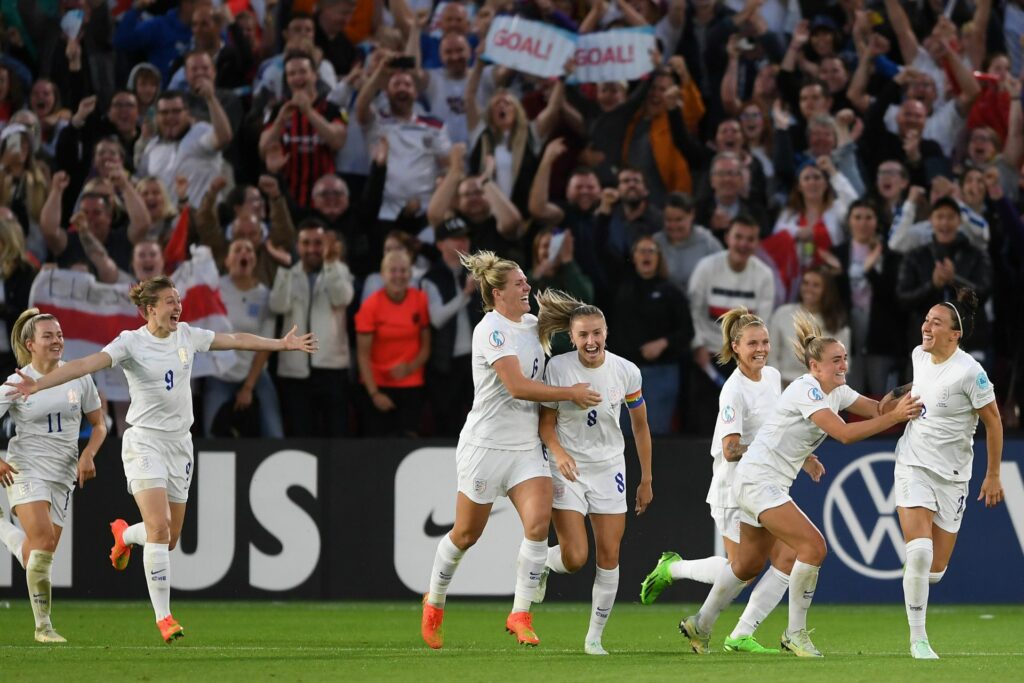 As the Lionesses storm to the UEFA Women’s Euro Final, we ask: How do we make sure golf benefits from women’s sport being in the spotlight?

The Lionesses have well and truly captured the hearts of the nation in their spectacular march to the UEFA Women’s Euro Final on Sunday.

And whatever the outcome this weekend, it’s been cataclysmic for women’s football.

But it’s not just football that will benefit. The women’s Euros have been huge for women’s sport in general, shining a spotlight on it like never before.

Now with the start of the Commonwealth games, we have a golden opportunity to keep females firmly in focus.

These Games will be the first ever where women’s medal events outnumber men’s. And with back-to-back Super Sundays – the women’s Euro finals followed by women’s cricket, hockey and netball finals, plus the final round of the AIG Women's Open – scheduling has been carefully considered to keep female sport in prime time.

Now the question is: How does women’s golf get in on the Lionesses' action?

Apart from the obvious of football being a team sport, I think golf – and especially women’s golf – faces three issues that we desperately need to try tackle as an industry:

What can we learn from the Lionesses?

Talking about barriers to entry for young girls in football, Aoife Mannion, professional footballer for Manchester United spoke on LBC this week to say: “It’s about opportunity, or perhaps needing more encouragement. And I don’t think that we have to pick.”

“What we’ve seen from this Euros tournament is that visibility really matters.

“The peak audience last night on the BBC was 9.3 million, and the ripple effect that will have on girls watching the television cannot be understated.”

And I think that is absolutely key when it comes to golf.

Children have more and more access to all sorts of sports. We’re seeing more golf programmes being rolled out in schools and more incentives than ever to start breaking down some of the barriers to taking up and staying in the game.

But if young girls – and women for that matter – can’t see, can’t feel it, they just won’t get involved.

We need something to bring women’s golf to the fore (pun very much intended). To give it a buzz, to make it exciting.

We need big, loud characters to shout about the game.

And we need to get women’s golf on prime-time TV so that little girls up and down the country think, “that’s cool, I want to have a go at that”.

In her LBC interview, Mannion goes on to say that her local football team are creating three girls’ teams from scratch in September, simply from demand from parents this week. That’s just in her small village alone. Imagine the impact in bigger cities?

That’s been the power of the women’s Euros so far.

And hopefully, the Lionesses have sparked something in the golf industry to chase down the same in women’s golf.

Next week is Women & Girls Golf Week; a week to shine a light on women's golf and celebrate success up and down the country. Get involved by sharing your stories and following the action using #WhyIGolf.

66% of girls drop out of sport by puberty: How do we keep them in golf?