Linn Grant: This is what growing the game looks like 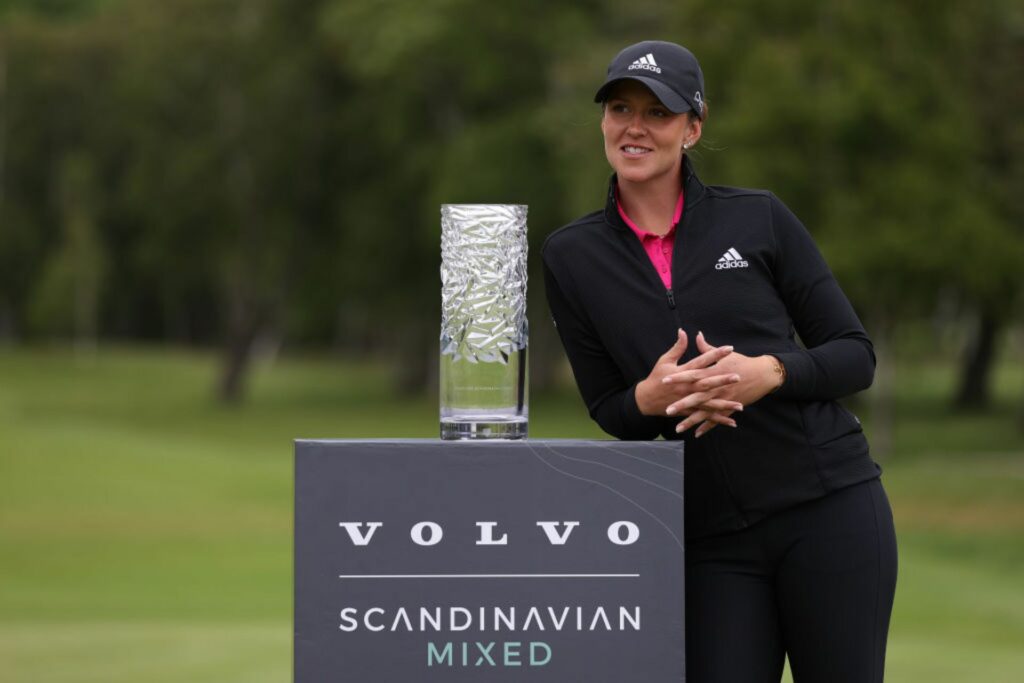 Swede Linn Grant made history this weekend, becoming the first woman to win on the DP World Tour. And in doing so, she changed the future of golf.

The 22-year-old player kept her cool to finish 24-under-par at the Scandinavian Mixed; a co-sanctioned event between the LET and DP World Tour, hosted by game legends Henrik Stenson and Annika Sörenstam.

The tournament saw 78 men and 78 women compete on the same course, for the same trophy, and one prize fund of $2 million.

Grant looked untouchable as she played the final round in front of a home crowd. Carding a bogey-free 64, she finished nine ahead of Marc Warren and Henrik Stenson, and 14 shots clear of the nearest female, Gabriella Cowley.

As the first female winner in DP World Tour history, her performance over the weekend is already making waves across the industry.

And it’s a timely victory. With the first Saudi-backed LIV Golf Series event taking place in London earlier this month, her win comes in a week when growing the game has been talked about more than ever.

Grant will change the future of the game

Grant’s performance will undoubtedly change the future of golf – for men and women.

It was hands down some of the best golf we’ve seen on TV. And she kept her cool despite all the pressures of the weekend.

She has proved – in spectacular fashion – that women can absolutely compete at the highest level. She’s proved that professional women golfers deserve the same stage and the same opportunities as their male counterparts. And she’s proved that it’s time to give women’s golf the respect it deserves.

With all the positive media that Grant’s victory generated, her win was criticised by many, complaining that she should have played from the same tees as the men.

Inci Mehmet, commentator at the tournament, took to Instagram to set the record straight:

“Rather than admiring the flawless performance which outperformed the field (irrespective of gender, dealing with the overnight pressures to make history where most would crumble, Linn Grant birdied the first where from there she let her golf do the talking.”

She continued, “due to self-explanatory biomechanical and physiological difference between both genders, women hit it on average 15% shorter. This mean, if women were to play from the same tees as the men, it would make it an unfair contest … This week, the course was approximately 14% shorter for the women which levelled the playing field. If the argument really is about how “easy” the course set up was for the women, why was the next best female 14 shots back?”

National Club Golfer also raised a valid point. Many of the complaints came from the women driving it past the men. But that was intentional.

They explained: "According to TrackMan, a male pro averages 172 yards carry with a 7-iron compared to 141 yards for a female pro. For conditions to be fair – as in both players can hit a driver, 7-iron into a par-4 – the woman’s drives have to finish beyond the men’s."

They compared men's and women's average hitting distances to work out how fairly the course had been set up. All holes combined, the course actually played seven holes longer for the women.

"The reality is most courses don’t have the infrastructure to have tees in the perfect position on each hole. So, working on the 15% rule is categorically the best way to even things out.

"These numbers show the course setup was as close to fair as it could have been for both genders, yet it still slightly leaned in favour of the men."

Time to sit up and listen

Grant is just 22 years old, and she only earned her LPGA and LET Tour status last year. She was competing on home soil, shoulder to shoulder with icons of the game. And she would have been all too aware of the significance of a win this weekend.

You cannot question how well she performed. She’s shone a spotlight on the women’s game for all the right reasons.

And it’s time to sit up and listen.

Take a look back on a turbulent but history-making week in golf. Read now.