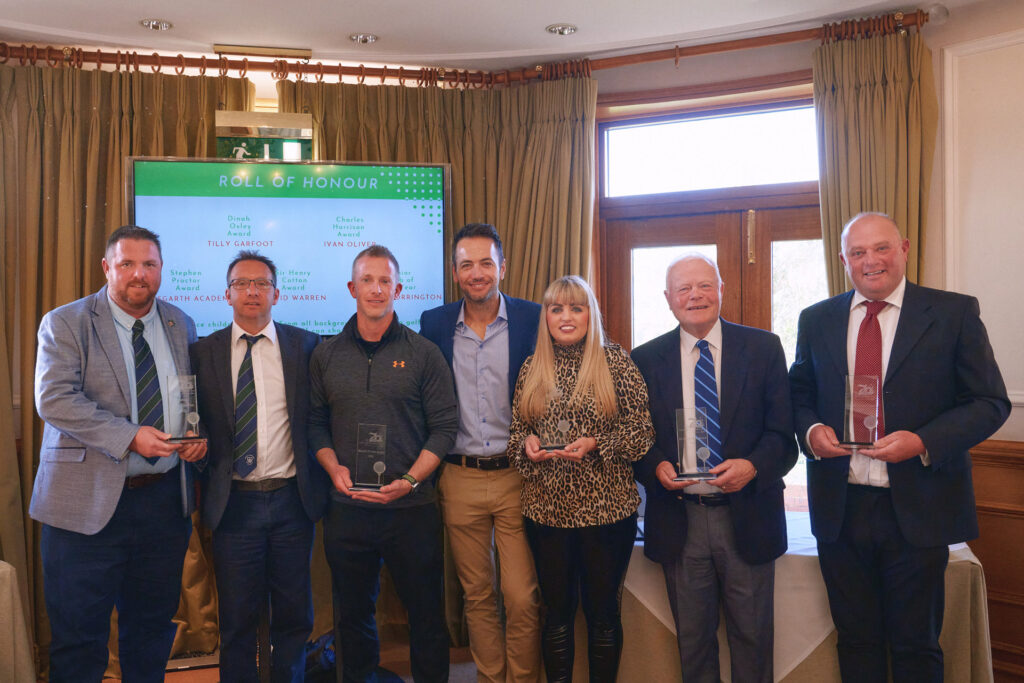 The Golf Foundation was delighted to celebrate some special award winners as part of a 70th anniversary celebration last week. The golf awards paid tribute to those individuals and organisations who have made an impact on growing the game at a junior level.

The Golf Foundation is a national charity which works in partnership with The R&A and other leading golf organisations to help introduce golf to children from all backgrounds and create golfers for life.

The charity held a golf day at the London Golf Club, with 72 supporters of the Foundation from all backgrounds and ages taking to the course. Afterwards, Sky Sports presenter and former pro golfer Nick Dougherty was unveiled as the organisation’s new President, before the PGA introduced some historic memorabilia to the attendees, including original Open medals from the mid 20th Century, and the winning team picked up their prizes courtesy of Titleist.

A special School Games festival was held beside the course on the day too, with the support of Kent Sport. The Golf Foundation is working in schools, communities and clubs in its Junior Strategy in partnership with England Golf, and this was another chance to bring the game to new audiences, and give the juniors a fabulous memory of the sport.

The climax of the day was the awards ceremony, which allowed those in attendance to pay tribute to five special individuals and groups who have had an impact on junior golf, both over recent months and through the Golf Foundation’s history.

Five awards were distributed, with the name of each reflecting Golf Foundation leaders from the past – including Charles Harrison and Stephen Proctor, who sadly both passed away in the last 12 months, and who both had a huge influence over the Foundation’s journey to where it is today.

“Thanks to the Golf Foundation for honouring me with the Sir Henry Cotton award,” said Dave Warren, who won an award for his service to junior golf over a sustained period. Warren, of Glen Golf Club in North Berwick, first volunteered to help grow the junior section in 1994, and has gone on to work on various Golf Foundation initiatives.

“This award gives me more satisfaction than anything I have achieved through playing golf for 65 years,” he continued. “I would like to praise the hundreds of volunteer Junior Convenors and helpers, and thousands of Junior golfers, who have contributed so much to the growth of the East Lothian Junior Golf League during my 18 year continuous tenure as Secretary. I hope all of our past and present Juniors will stay involved in this great game for the rest of their lives.”

“It’s great to be here today and see first hand the impact that these individuals and organisations have had in their local areas,” added Nick Dougherty in his first official role as President of the Golf Foundation.

“I am so grateful for the role that golf has played in my life. From the joy that the game brings to the life lessons that it teaches, I have seen through the experiences of both myself and so many others, the positive impact it can play in people’s lives. The game needs grassroots superstars, and the chance to celebrate them here today is such an honour for me, and for the Golf Foundation. All these winners, all those nominated, and all those who work on growing the game make a huge impact in our sport – thanks to all of them.”

Find out more about the Golf Foundation here.