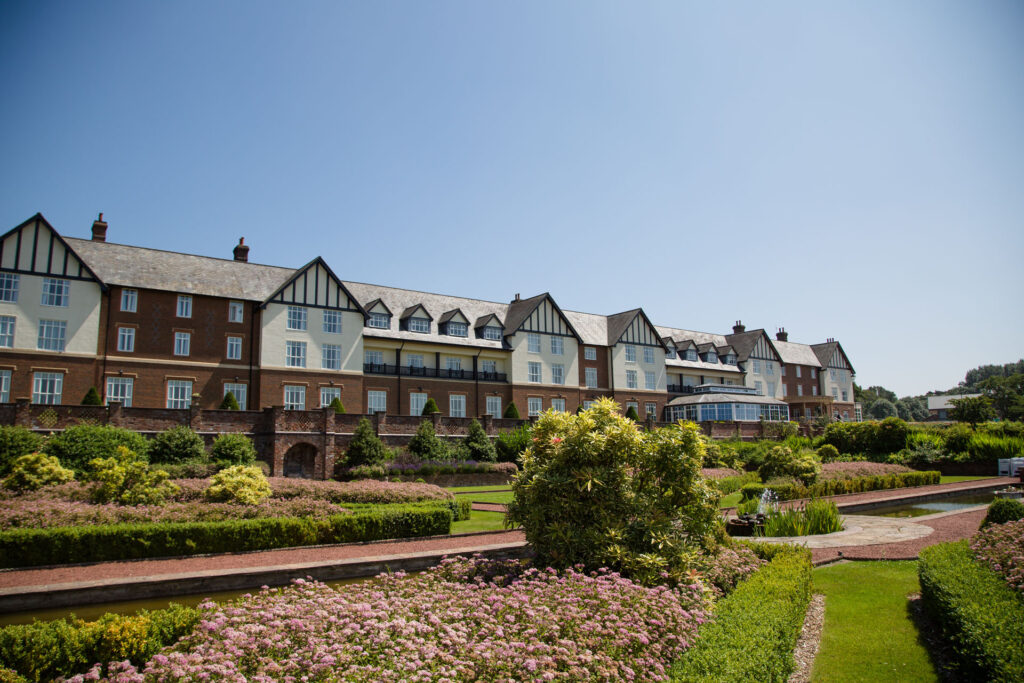 We were delighted to hear the news that, earlier this month, Carden Park Estate, situated in the Cheshire countryside and home to two championship golf courses, had announced Anne Dawson as its first-ever female golf club President. Anne, who is local to Chester, originally joined the club as a founding member back in 1995, when she had only played a couple of games of golf. Since then, Anne has helped the club to go from strength to strength and, in 2000, she was appointed Captain of the ladies’ team.

Speaking on her new Presidency and making history for the club, Anne said:

“Carden Park always encourages and welcomes women to play golf on an equal footing with men. Being elected as the first female club President is not only a huge personal honour for me, but it also speaks volumes for how strongly the club values diversity. Today, the game is far more inclusive.”

Under her new presidency, Anne will be responsible for supporting club members and managing the day-to-day activity of the club. Primarily, she will encourage members, men and women, to enjoy the game, play to their potential, while helping to steer the club’s leadership to greater fortunes in the future.

“I feel very proud to have been elected by my fellow members to be the club’s President for the next three years. We have two sensational courses, an active and passionate membership and a wonderful team behind the scenes, who work tirelessly to maintain the high standards. At the heart of it all is the phenomenal Carden spirit. I will work hard to safeguard that positive energy. Carden should be an escape, particularly as we navigate the intense challenges brought on by the pandemic.”

At the handover ceremony, Head PGA Professional, David Llewllyn thanked Anne for all her hard work over the years, adding that ‘she has truly earnt’ this role as President.

Nestled among acres of picturesque nature, Carden Park’s two award-winning, championship golf courses bring the very best of countryside play. Famously designed by the great Jack Nicklaus and his son Steve, the Nicklaus golf course at Carden Park is a must for all golfing enthusiasts. As players tee off and make their way around the estate, golfers neighbour dramatic views of the rolling Cheshire hills, making for an exciting game. Following a round, golfers can unwind in Jack’s Bar located within the golf Clubhouse or for those looking for longer stays, the hotel offers a selection of Golf and Spa breaks which allow guests to enjoy the award-winning, five-star spa with a much-deserved rejuvenating treatment.

Find out more about the Carden Park Estate here.