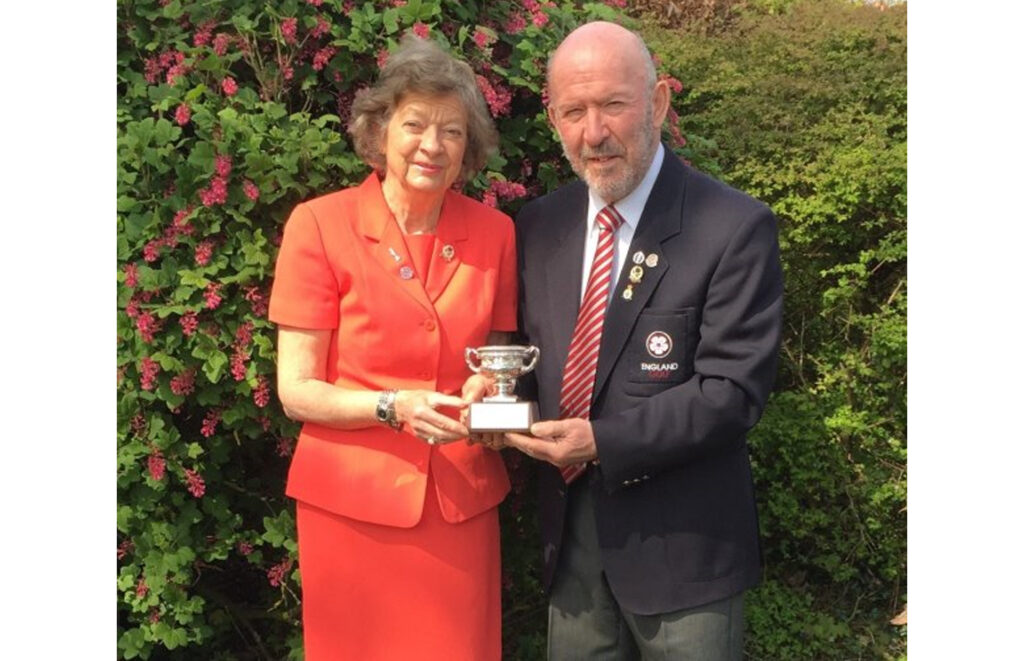 The Gerald Micklem Award, named in honour of the former English Amateur champion and Walker Cup player, was set up in 1990 by England Golf. On an annual basis, it recognises those unsung individuals who have made an outstanding contribution to the amateur game in England.

Thanks to the couple’s tireless efforts at club, county, schools’ and national level spanning six decades, thousands of golfers have been able to develop a love of the game and progress in their chosen sport.

On and off the course, the Horsburghs have become a much-loved and respected double act on the amateur championship scene.

Married for 57 years, their devotion to each other is matched by their dedication to English amateur golf, particularly in their adopted home county of Norfolk. The couple – originally from Dunfermline in Scotland - expressed their pride at being chosen for the honour:

“This award is not just for us as a couple, but for the many thousands of willing volunteers who do so much to help the game of golf,” admitted David who served in the Royal Air Force for 32 years.

“It’s been a joy to be involved in golf over the years and in particular working to help the juniors make their way in the game.

“We’ve done everything together as a couple. Everyone knows you get two for the price of one where we’re concerned!”

David started his volunteer journey in 1977 as junior organiser at Lark Valley Golf and Country Club.

Margo began volunteering in golf in 1998 and, up until last year, she carried out duties as secretary of the Norfolk Schools’ Golf Association.

Margo’s work with the English Schools’ Golf Association has also been unstinting. In the last 18 years she has taken on roles as assistant secretary, secretary and then, in 2015, became the association’s first woman president.

The couple have no intention of giving up on their volunteer work.

“We hope to get back to championships this summer and meet up with so many of the good friends we have made over the years working with England Golf.”

The award announcement was made today during the England Golf AGM which was held online due to ongoing COVID-19 restrictions.