Golf can throw a curveball! 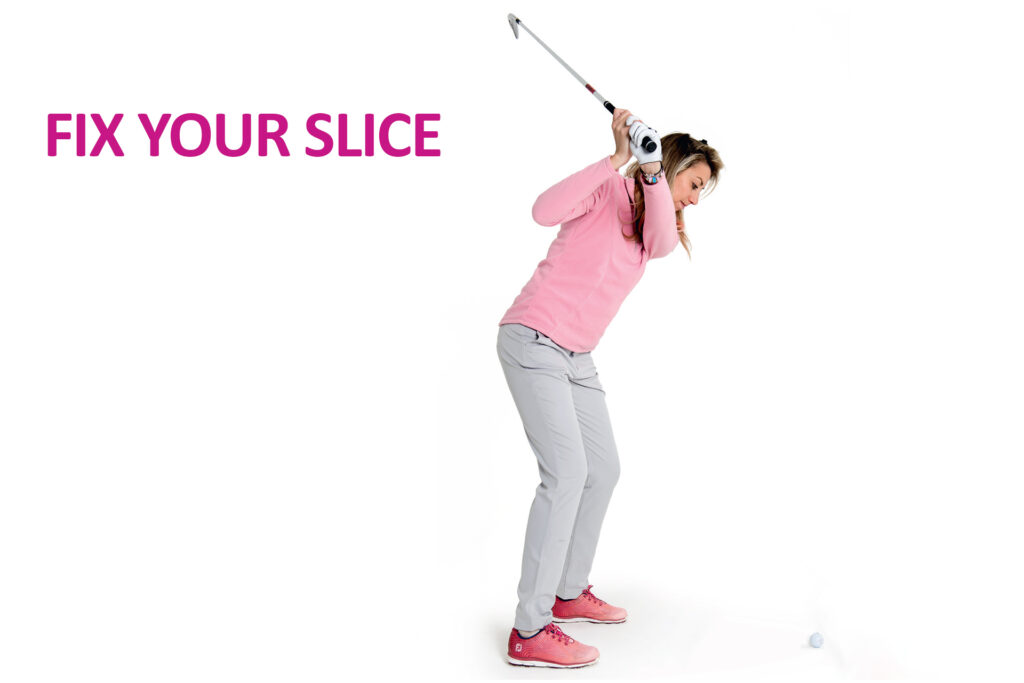 Do you suffer with a dreaded slice? Let Head PGA Professional Sarah Smith show you how to fix it.

Do you lose a lot of shots out to the right? This is a weaker ball flight, which usually begins slightly left of target and then curves to the right at the end, ultimately losing distance. Here are some tips to fix that frustrating slice.

An out-to-in swing path with an open or square clubface to the target line causes a sliced shot. This shot also happens when you release the club late. Your shoulders move first on the downswing and become ahead of your body at impact. It’s usually then too late for the clubface to be squared at impact, leading to an open clubface that puts sidespin on the ball to the right.

Release is a term that some golfers may not recognise. Releasing the golf club refers to your forearm and wrist rotation through the shot. The right wrist should roll over the left wrist creating a square clubface at impact.

Another reason for a sliced shot can be due to the ball being positioned too far forward in your stance. This will encourage your shoulders to point left and your swing path will follow the same direction as your shoulders.

Ball position with a driver should be just inside your front foot. Move the ball position slightly further back the lesser the club, with a 7-iron working out of the middle of your stance.

A good way of practising release is to hold the club just above the ground, then take some halfway backswings to halfway through, rolling the forearms and wrists over as you approach the ball so the clubface is square. At set-up, check your ball position is correct, and that your shoulders, hips and feet are parallel to one another.

The above Instruction article was taken from the Mar/Apr 2018 issue of Women & Golf magazine.

Laura Davies instruction videos: Getting out of a trouble