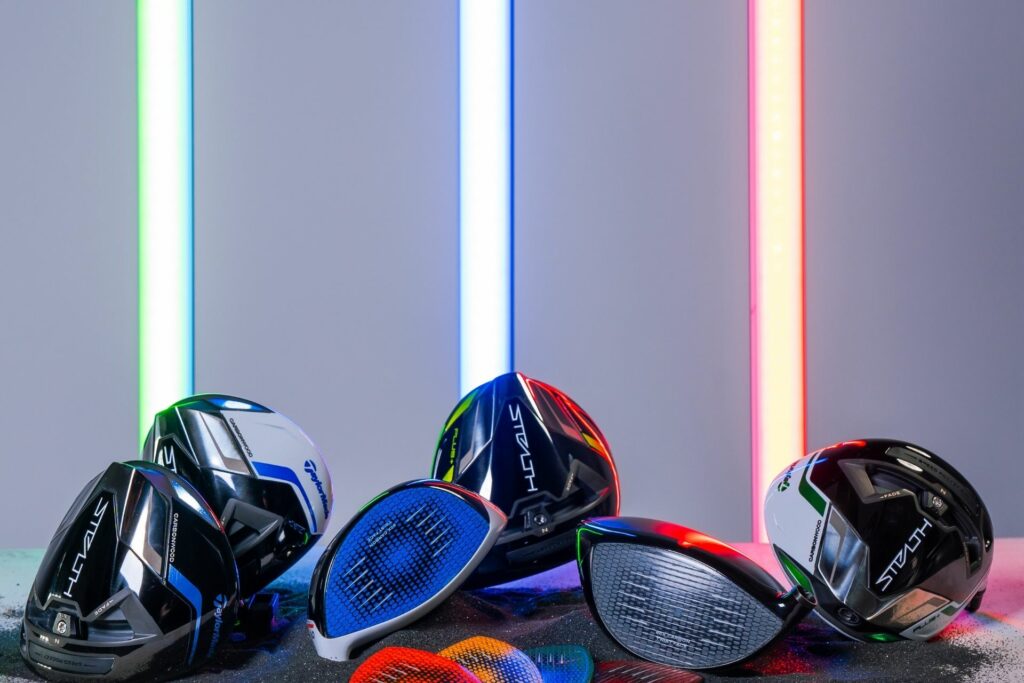 “Progress isn’t about being the first to cross the finish line. It’s about being first to the next starting line.”

And that’s exactly what TaylorMade has done.

Introducing the all-new StealthTM series by TaylorMade, incorporating industry-defining technology that pushes the limits of improvement and performance.

This year, TaylorMade builds on its history of ground-breaking innovation with the introduction of carbon face StealthTM drivers, StealthTM fairway woods and hybrids, and StealthTM performance irons.

Titanium has been the cornerstone of driver technology for the last 20 years. But every material has its limit.

After over two decades of research and development, TaylorMade has created a new era of drivers. The StealthTM series incorporates 60X Carbon Twist Face technology, made up of 60 layers of carbon sheets strategically arranged to optimise energy transfer.

As with the StealthTM drivers, Carbon is the prevalent design thread across the StealthTM fairway woods and hybrids. That shared DNA makes this an unmistakable family, linked by the use of advanced multi-material construction in pursuit of faster ball speeds and improved performance.

Looking for new wedges? Read our recent article Spin it to win it

Wish you were a better putter?