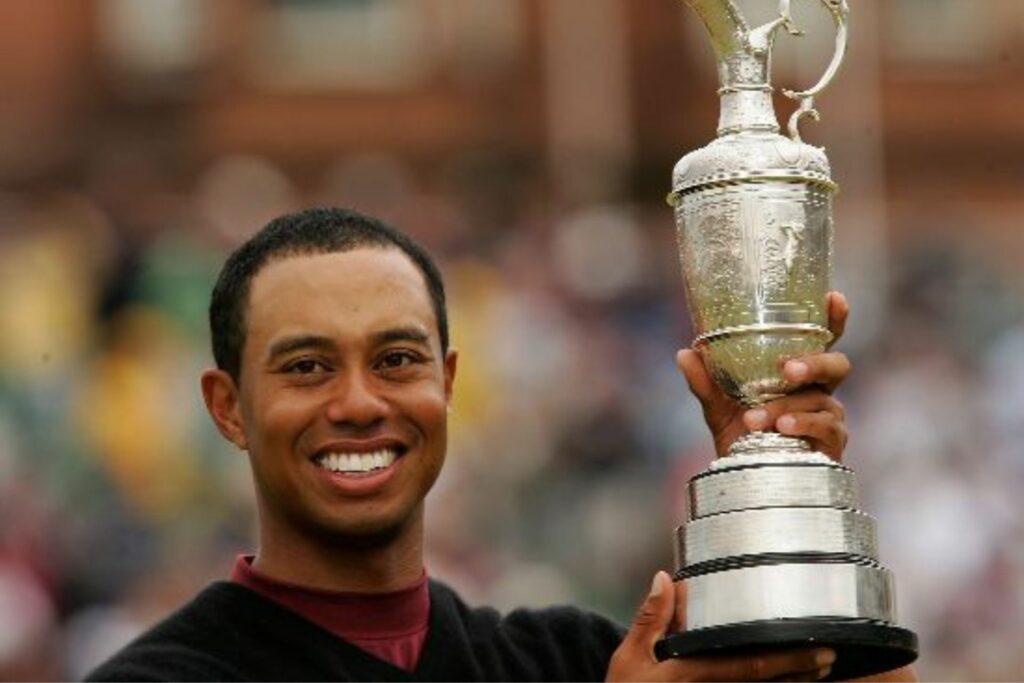 Three of golf’s great champions have accepted invitations to become Honorary Members of The Royal and Ancient Golf Club of St Andrews.

Ahead of the 150th Open, Tiger Woods, Rory McIlroy and Paul Lawrie have been invited to become Honorary Members of The Royal and Ancient Golf Club of St Andrews.

With 20 major championship victories between them, the trio have all enjoyed highly successful careers, been hugely influential in supporting and inspiring future generations of golfers, and served as outstanding global ambassadors for the sport.

Tiger Woods is one of the most recognisable and successful athletes of all time. After an excellent amateur career, in which he won the US Amateur three times, Woods turned professional in 1996, and went on to win 15 major championships, including The Open on three occasions in 2000, 2005 and 2006.

“I am grateful for this invitation to become an Honorary Member of The Royal and Ancient Golf Club of St Andrews. It is not only the home of golf but a place in this world that I hold near my heart. I am humbled to accept this invitation alongside these outstanding players today, as well as those who came before us.”

His 82 victories on the PGA Tour are equalled only by Sam Snead. He won the Masters Tournament for the fifth time in 2019 at the age of 43 after recovering from back surgery and has recently returned again to professional golf after sustaining severe injuries in a car accident. Woods holds the record for the most weeks (683) ranked number one in the world.

He was awarded the Presidential Medal of Freedom in 2019 and inducted into the World Golf Hall of Fame in 2021.

“I'm thrilled to become an Honorary Member of The Royal and Ancient Golf Club. It's a privilege to represent a club that has done so much for golf over so many years and I'm proud to play my part in promoting golf around the world.”

Rory McIlroy is another of golf’s most popular and successful champions. A four-time major champion, McIlroy won The Open at Royal Liverpool in 2014 and has achieved 33 professional wins around the world.

The former world number one has been a stalwart of the European Ryder Cup team, making six appearances, and has achieved a host of distinctions on the PGA Tour, including leading the money list in 2012 and 2014 and winning the Fed-Ex Cup in 2016 and 2019. He also won the then European Tour’s Race to Dubai in 2012, 2014 and 2015.

Paul Lawrie is one of European golf’s most successful and popular players over the last 35 years. He memorably became Champion Golfer of the Year after coming from ten shots behind to win in a dramatic Open at Carnoustie in 1999.

He has achieved eight  DP World Tour victories and represented Europe in the Ryder Cup in 1999 and 2012 before serving as vice-captain in the 2016 match. Lawrie played in a remarkable 620 events before moving on to the Senior Tour in 2020.

He has gone on to achieve two wins on the Senior circuit and is heavily involved in supporting junior golf through his foundation. He was made an MBE in 2000 and an OBE in 2013 for services to golf.

“I’m delighted to receive Honorary Membership of The Royal and Ancient Golf Club of St Andrews, particularly on the historic occasion of The 150th Open. The Club has supported the development of the sport since its formation and continues to do so today. I’m honoured to accept this invitation and to do that alongside Rory and Tiger is extra special.”

If, like us, you can't wait for the Open this weekend, you’ll want to read our latest article, facts and history of The Open.