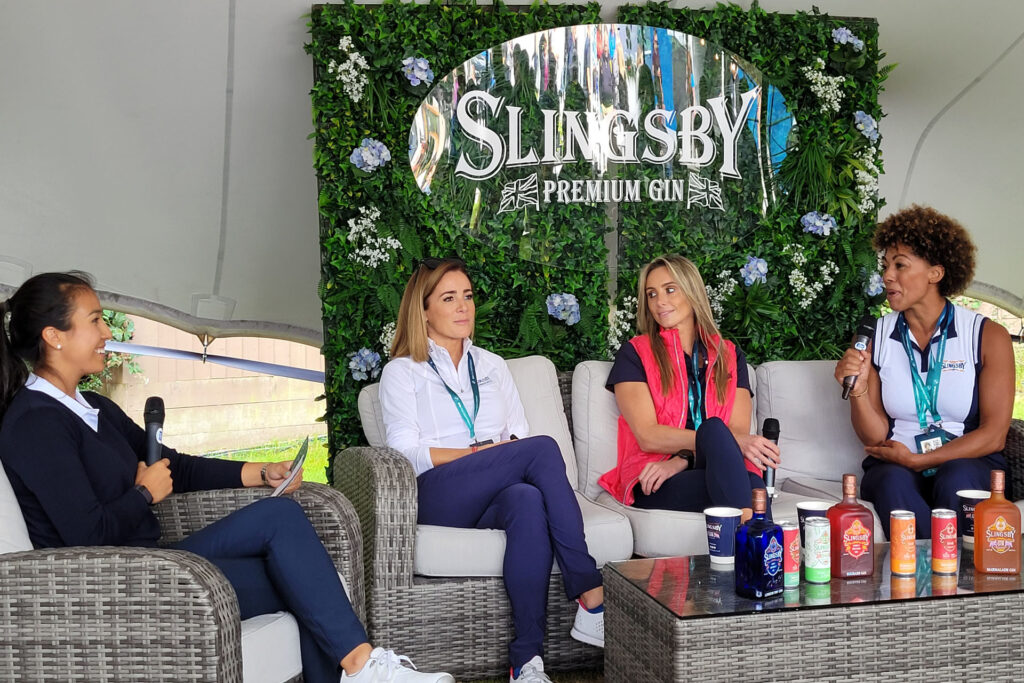 Three Slingsby Golf Academy cadets give their thoughts on golf, the challenge, their experience and what the future holds.

The Q&A hosted by Sky Sports Golf presenter and former LET player Inci Mehmet, gave an insight into why the celebrities took up the challenge, their experiences and what their golf future holds.

I’m curious to know why you said yes to the challenge? Having never played this complex sport before, to learn and then potentially play in front of 30,000 fans after only six months.

NP: I think you hit the nail on the head that we didn't know it was so complex. It's bloody hard, isn't it?! I actually did it because of my late Grandpa because he was a scratch golfer. I knew that it would make him proud.

It is a beautiful sport and it has been a therapy, to get out there after a frustrating day at work or whatever it is to be on your own and whack some balls is very satisfying.

ZW: It’s obviously a really frustrating sport and you go through all those emotions when you play golf. Which actually gives you a break from all the emotions of real life. It really is a bit of everything, it's social, it's fun, it's outdoors and it's the exercise element as well.

I took it on as it was a challenge and an opportunity and my mindset is never to say no to an opportunity. But I didn't realise how hard it would be so hats off to anyone who plays the game of golf.

I always thought it was something I'd like to do later in life and never thought I'd get the opportunity to do it this soon so I've given myself a bit of a head start.

AW: Spending time with these ladies and being involved in the process with them has made it so much easier because you’re kind of all in the same boat. I would never have started playing golf had it not been for this challenge. Also thanks to my pro who I'm now continuing to have lessons with.

Now I have the confidence to get out there. If someone says do you want to go and play nine holes I can just about go and do that now and feel okay that I'm not going to be dragging them around the course. I’ve joined the golf club, so apologies to any members who have a tee time behind me!

Being a new golfer, there are a lot of rules, regulations, maybe even intimidating factors that people who have played the sport for such a long time have become accustomed to. As a new golfer, what has that been like?

ZW: Probably the best way to describe it, if playing golf is a really complicated skill then actually, everything that surrounds golf, the etiquette, the social norms within golf, that's been just as much of a challenging skill to learn.

The more you practice, the easier it gets. The first time I rocked up at Sundridge for my lesson with Ainee, I sat in the car and she had to come and get me. I was terrified because, let's face it, golf courses are full of, mostly white men and I stood out like a sore thumb.

But now I'll rock up, I’ll get out of the car, go on the driving range. I say ‘hi’ to everyone, even the senior members will say hello. I think you've just got to throw yourself into it and you realise that actually, you do fit in perhaps more than you thought you would.

NP: The only thing is, I'm still not quite there with the dress for golf. I’m wearing my golf shoes, but I wouldn’t wear a race suit to go and watch an F1 race! I think it is quite intimidating but I think that it’s all up here [points to head]. It does feel like it's [golf] getting better and more welcoming and more inclusive.

What’s your aspiration for your golf game?

ZW: Mine is realistically to try and maintain, if I can, what I've learned so far. When I retire I'd love to be one of those people that plays golf three times a week and that’s my social life as well.

AW: To play a round of golf and not have to pick up!

NP: I’m going for a hole-in-one! I’m also playing in the Damon Hill Golf Classic on the 20th with my massive handicap.

What have you enjoyed the most about the Slingsby Golf Academy experience?

ZW: The camaraderie and making new friends. If we’d been asked to do this on our own it would be a completely different experience and I hope Anna, Zara, Judy and I will stay in touch and we'll play together.

What would you say to another woman who may be thinking about starting to play golf?

Have you watched the 2022 Slingsby Golf Academy play-off? If not, you can watch the episode here.