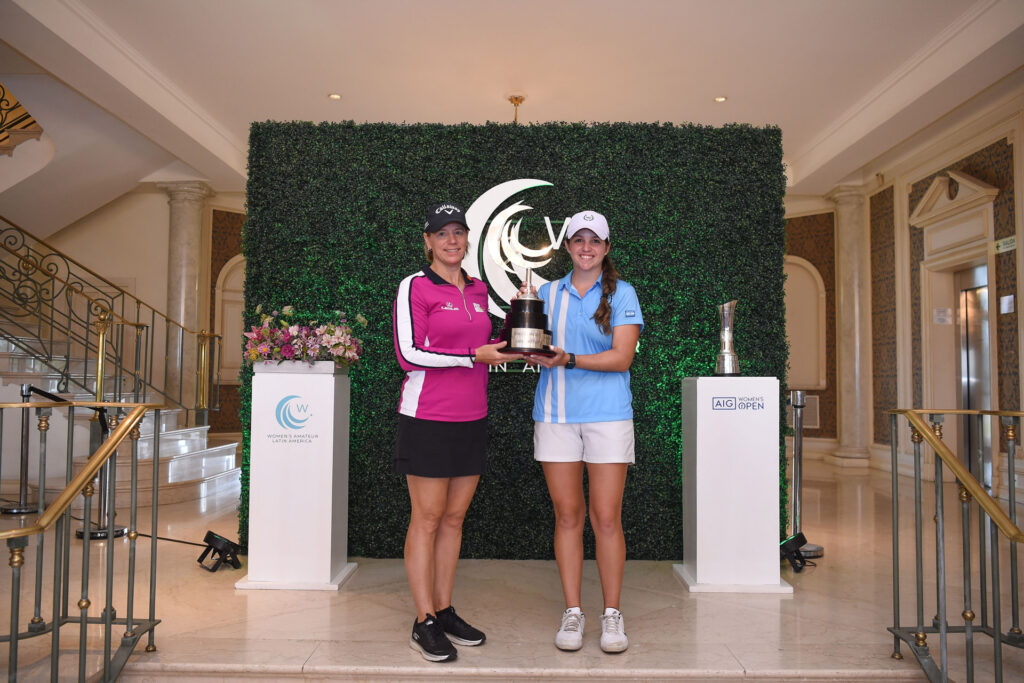 Valentina Rossi of Argentina delighted the home fans at Pilar Golf after overcoming a four-shot deficit to win the Women’s Amateur Latin America championship presented by The R&A and ANNIKA Foundation.

Twenty-one-year-old Valentina Rossi carded a three-under-par 69 over the Blue and White course to win the Women's Amateur Latin America by a single stroke on a nine-under-par total of 279 to become the first winner from Argentina.

Unfortunately, it was a case of lightening striking twice for María José Martin as the Colombian surrendered a significant lead for the second year running to fall back into the runner-up spot on eight under-par after a disappointing two-over-par 74 today.

“Winning this championship is incredible, I am really happy,” said Rossi.

“I felt like I was going to win it when I got to the 15th hole. I had a two-stroke lead at that moment and felt that the opportunity was there to win it.

“It’s extra special to have won the championship in Argentina. All my family is here to celebrate and being with them is really, really nice.”

Rossi will now play in three major championships after earning exemptions into the AIG Women’s Open, the Amundi Evian Championship and The Chevron Championship in 2023. She will also compete in the 119th Women’s Amateur Championship at Prince’s and the Hilton Grand Vacations ANNIKA Invitational presented by Rolex.

“I want to play those three major championships now!”, exclaimed a jubilant Rossi. “I’m so happy to have these opportunities and I am going to work really hard so I can give them my best.”

The two players went toe-to-toe in a dramatic final round. Rossi made three birdies in a row as she approached the turn, picking up shots on the 7th, 8th and 9th holes to reduce the deficit to one stroke with Marin playing steady golf to go out in level par.

The Argentinian made another birdie at the 13th, which was sandwiched in between bogeys at the 12th and 14th for Marin, meaning that the pendulum swung Rossi’s way as she took the lead in the championship for the first time.

Despite a dropped shot on the 15th for Rossi, both players parred the remaining holes to give Argentina a new champion.

“I am still proud of my performance," said Marin. "It may not have been the result I wanted but I am still happy with how I played this week. I’ll be back next year for a rematch.

“I made a similar mistake to last year. At the 12th hole, I was still leading by one but I didn’t read the wind and went into the bunker to make bogey, while she made par. I wasn’t focused on playing safe and making my par.

“Valentina played really well today and throughout this week. I wish her the very best in the three majors she is going to play.”

Daniela Ballesteros of Peru shot a six-under-par 66, the low round of the day, to finish in third place on five-under-par.

The two other players to finish under par for the championship were Vania Alicia Simont of Mexico (-4) and Venezuela’s Vanessa Gilly (-2).