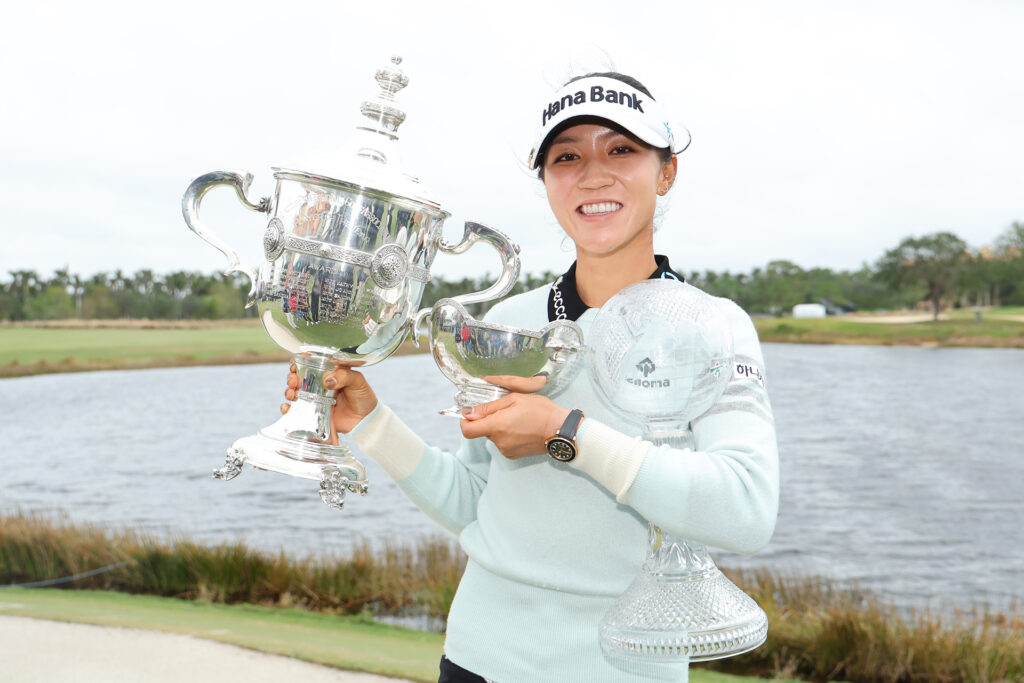 Two season finales in one day made for some serious golf watching and the potential for edge-of-your-seat entertainment. Both the DP World Tour Championship and CME Group Tour Championship had tournament and player of the year players to crown.

The day started in Dubai at Jumeirah Golf Estates, where the World Number One, Rory McIlroy, was looking to become Europe’s Number One for the fourth time. The Irishman had started the week with a slight advantage over Ryan Fox in the DP World Tour rankings but by Sunday his closest rival was Englishman Matt Fitzpatrick.

Fellow Ryder Cup star Jon Rahm, who couldn’t mathematically top the rankings but could win the season ending event, had a one shot lead on 15-under-par, with Fitzpatrick one shot back and McIlroy three shots behind.

The Spaniard remained at the top of leaderboard throughout the final round, where he had six birdies and one bogey for a five-under-par 67 to finish on 20-under-par. Tyrrell Hatton and Alex Noren, who carded rounds of 66 and 67 respectively shared second spot on 18-under-par whilst McIlroy was one shot further back in fourth after a four-under-par 68.

Rahm became the first player to win the DP World Tour Championship for a third time after winning in 2017 and 2019.

McIlroy’s closing four-under-par 68, combined with a tie for fifth for Fitzpatrick meant that the 33-year-old topped the season-long standings for the fourth time, his first since 2015.

The four-time Major Champion capped off a fantastic season which saw him move back into the World Number One spot and make a rare double after securing the PGA Tour's FedEx Cup for a record third time in August.

Number One in the World, PGA Tour and DP World Tour - had a pretty decent ring to it!

"It means a lot," he said. "It's been seven years I last did it. This is my fourth one but it's been a while, I've won three FedEx Cups since the last time I won this and it means a lot.

"I was a model of consistency the whole way through the year… just a really consistent season, I kept putting in good performances. It would have been nice to get a win in here at the end of the year but Jon put in an incredible tournament and fully deserved it.

After a few hours break, it was time to switch focus to the LPGA Tour. The season-ending CME Group Tour Championship looked like it would be a two player shoot-out between Lydia Ko and Leona Maguire. Both held a five-shot lead with 18 holes to play.

Like with the DP World Tour, Maguire couldn't mathematically finish as Rolex Player of the Year but she could win the CME Group Tour Championship and take home the largest winner's cheque in LPGA Tour history.

A $2 million first prize would have capped off a solid season for the Irishwoman who became a Rolex First Time Winner earlier this year at the LPGA Drive On Championship and earned six additional top-10 finishes.

On what proved to be a tricky day on the course due to the weather conditions, Ko and Maguire cautiously made their way round Tiburon Golf Club.

Ko’s bogey on the first gave Maguire an early lead, but the Kiwi made up for it with two birdies on the front while the Irishwoman kept it level. With Ko just one stroke ahead at the turn, both players made pars until they ran into trouble on the par-5 14th, each making bogey after hitting their second shots into the water and taking drops.

But it was Ko who made two final birdies on 16 and 17 to go wire-to-wire and edge out Maguire for her third title of the season.

Ko is now a 19-time LPGA champion. With her win, the 25-year-old also clinched the 2022 Player of the Year award for the second time in her career and the Vare Trophy for the second consecutive season. Plus a very fetching blue jacket which was given to the CME Group Tour Champion for the first time.

“To be the Player of the Year and to win the Vare Trophy again and to win the CME Group Tour Championship, it's a dream come true. To be able to do it in front of family and my team, you know, it's a very special one,” said Ko, who is also now only two points away from the necessary 27 for induction into the LPGA Hall of Fame. “As much as I'm excited that I have won, I'm also excited for some time off and get ready to become a bride soon.”

Strong finish to the season from Maguire, Nordqvist and Hall

Although it wasn't to be for Maguire, she was still pleased with how she finished the season:

“It was an incredible week. A really great way to finish off the season. If you had offered me second at the start of the week, I would have grabbed it with both hands.

“It would have been nice to play a little bit better today, but it was really tough out there. The wind was strong. It was cold. Pins were tricky. Had some really key up-and-downs to keep me in it and keep a little pressure on Lydia, but she played really solid all day today and she's a deserving winner.”

Anna Nordqvist finished in third after a five-under-par 67 to close out her 11th appearance in the Tour’s season finale. Georgia Hall’s also shot 67 which saw her tie for fourth with fellow major champion, Jeongeun Lee6.

LPGA Tour winner Pajaree Anannarukarn finished with a two-under-par 70 in the final round to reach double digits at -10, while Hyo Joo Kim, Brooke Henderson and Gemma Dryburgh each finished in a tie for seventh at -9.

In 10th it was World Number One Nelly Korda at -8 tied with Louise Suggs Rolex Rookie of the Year Atthaya Thitikul and Tour winner Celine Boutier. Defending champion Jin Young Ko finished in a tie for 33rd.

The 2023 LPGA Tour season kicks off on January 19 with the Hilton Grand Vacations Tournament of Champions at Lake Nona in Orlando, Florida.