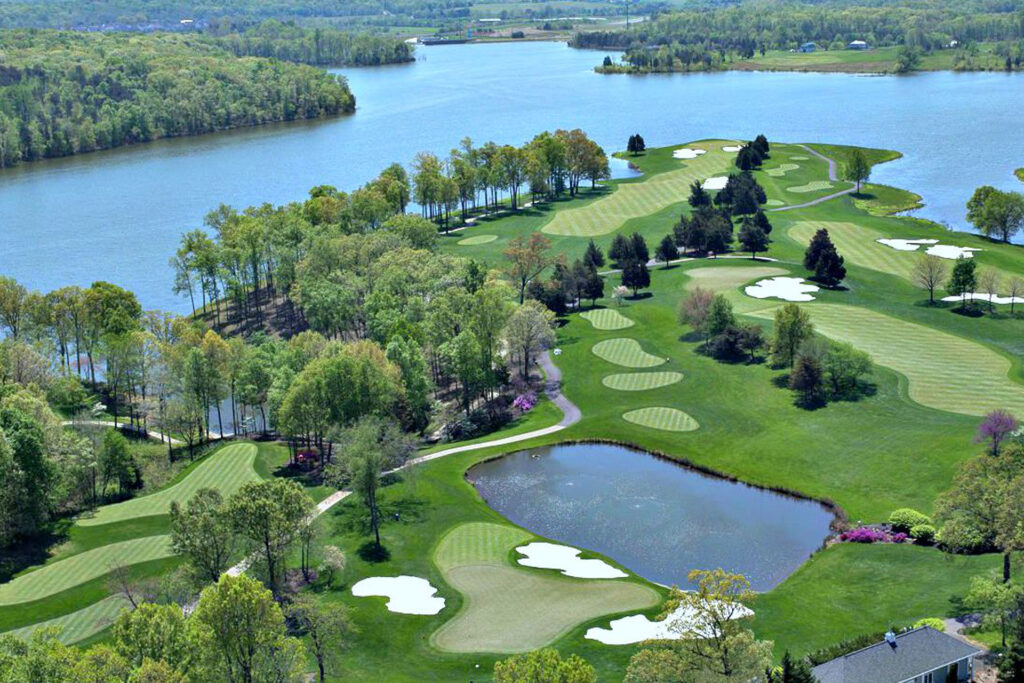 The LPGA has announced that Robert Trent Jones Golf Club in Gainesville, Virginia, will host the 19th Solheim Cup in September 2024. Located on Lake Manassas, just 35 miles west of Washington D.C., this will be the first major women’s competition held at the club, which served as host for the first four Presidents Cups held in the United States.

“It is a tremendous honor to be selected to host this prestigious event and believe our club is an ideal venue for this competition, Under the leadership of Tournament Chair Penny Lee, our club and membership look forward to welcoming the top U.S. and European women golfers and fans from across the globe.”

Robert Trent Jones Golf Club, which opened in 1991, was founded and designed by famed golf course architect Robert Trent Jones Sr. who considered the layout to be one of his finest designs. “The terrain is aesthetically perfect,” he said. “I don't think we could have done anything better anywhere."

Anchored by a stately Georgian-style clubhouse, Robert Trent Jones Golf Club plays to a par 72. The course and its designer have long worked to join the game of golf with the American presidential lineage, with Jones first installing a putting green at the White House in 1954 for President Dwight Eisenhower. The club was the host venue for the 1994, 1996, 2000 and 2005 Presidents Cups, with four presidents serving as honorary chairmen, as well as the PGA Tour’s 2015 Quicken Loans National, won by Troy Merritt.

“We are honored and excited to bring the 2024 Solheim Cup to Robert Trent Jones Golf Club. RTJ has a strong tradition of hosting world-class international competitions, and we can’t wait to add the Solheim Cup, one of the flagship events in women’s golf, to the list.

“Playing the Solheim Cup on this magnificent golf course near our nation’s capital will provide the perfect backdrop for these elite athletes to battle for the Cup. I have no doubt that the club and its members will serve as wonderful hosts, and that fans from around the world will enjoy an experience of a lifetime.”

2024 Solheim Cup dates yet to be released

Dates for the 2024 Solheim Cup will be announced as the LPGA Tour and the LET finalise their 2024 playing schedules. 2024 will mark the competition’s return to an even-year rotation, opposite the Ryder Cup, and just the second time in history it will be held in consecutive years, along with 2002 and 2003.

For all the latest Solheim Cup information visit their website here.