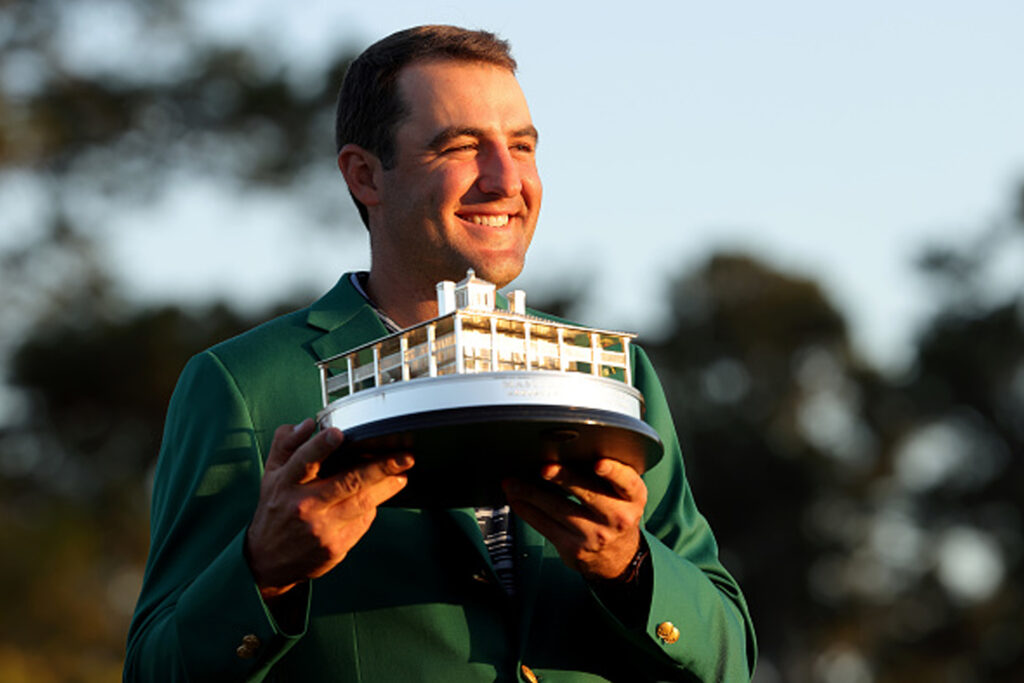 Predicting that the World number one, a man who has already won three times this year, could win The Masters is a bit of a no-brainer. It certainly wasn’t someone we were going to leave off our predictions this year.

If I had been honest, it wouldn’t have been at all farfetched to say that this week at Augusta National was always going to be about two players – Scottie Scheffler and Cameron Smith. Apart from Tiger obviously, but I am talking about players who were going to be contending for the coveted green jacket.

So, it probably came as no surprise to a lot of golf fans to see Scheffler and Smith in the final pairing on Sunday, with three shots separating them.

Not quite your usual final round at Augusta National

It was Scheffler’s to lose and some wayward drives would test his excellent short game skills. After two holes it seemed the game was on as two pars where trumped by two birdies from Smith.

The rest of the round didn’t quite play out just as it looked like it was going to, until the turn when there was a glimmer of a comeback from Smith. A birdie on 11 shifted momentum to the Australian. But moments later, and on a hole that has been the undoing of so many golfers, Smith drove into the water on 12.

The 28-year-old was unable to gain his composure until the 16th hole, by which time Scheffler had a five shot lead with two holes to play.

McIlroy left it too late but finished on a high

A surprise contender to the American’s dream of a green jacket was Rory McIlroy – he produced the round of the day, equalling the course record of 64 and finished with an unbelievable chip in from the greenside bunker on 18. Which was followed by his playing partner Collin Morikawa.

On shooting the lowest round at Augusta National, McIlroy said:

"I gave it a great go, and I can't ask any more of myself.

"I went out there today, shot my best ever score at Augusta and it's going to be my best finish ever. Probably not quite good enough, but I'll come back next year and keep trying."

An uncharacteristic loss of concentration on 18 saw the 25-year-old four-putt for a double bogey but it was still enough to beat McIlroy but three shots, finishing on 10-under-par.

"I tried to keep my head down and execute shots. I knew if I took care of my stuff and played solid stuff, I'd get the job done.

"I'm kind of glad I missed those putts at the end because it meant I didn't get too emotional."

For those wondering whether Scheffler should be World number one, I think he’s proved himself. It’s certainly going to be an interesting season ahead to see just how much he can achieve.