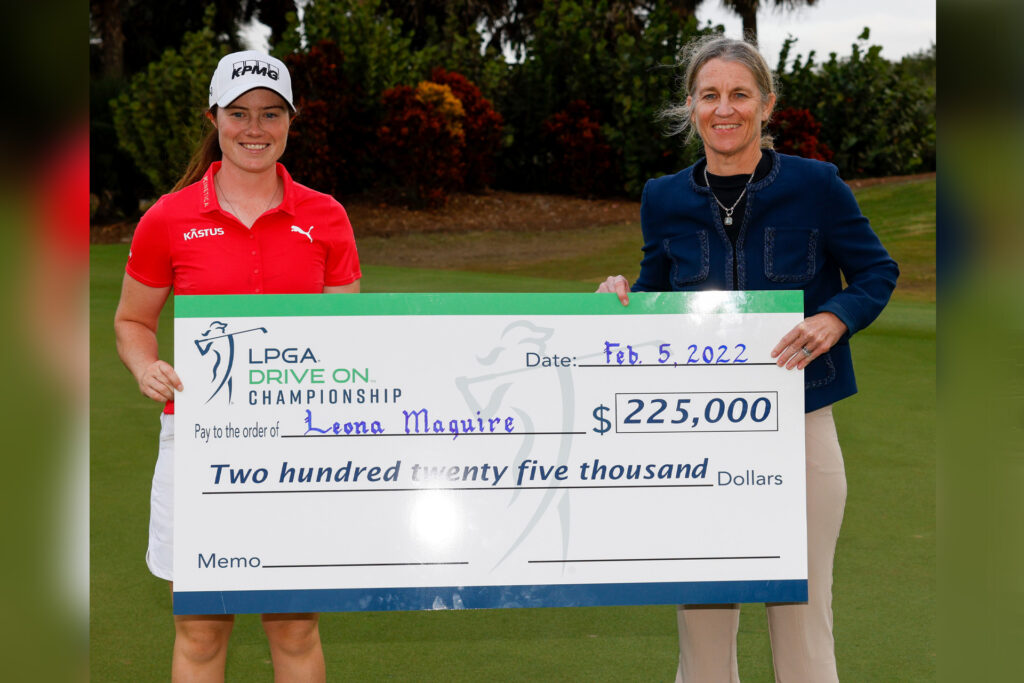 World’s best female golfers to compete for more than $101 million in official prize money in 2023, the highest total in the Tour’s history

In a breakthrough moment in the history of women’s sports, the athletes of the LPGA Tour, the world’s leading destination for female professional golfers, will compete for more than $101 million in official purses in 2023.

The LPGA has announced that the 2023 schedule will comprise 33 official events, with a total official prize fund of $101.4 million, along with the biennial playings of the Solheim Cup and the Hanwha LIFEPLUS International Crown.

“Because of our athletes, partners, volunteers and incredible fans, 2023 will be a banner year for the LPGA Tour,” said LPGA Commissioner Mollie Marcoux Samaan.

“The schedule features new events, elevated purses, unique formats and world-class golf courses. Our athletes are playing for more total prize money than any time in history, and we have over 500 hours of broadcast television. All those things combine to make the LPGA the leading women’s professional sports property in the world.

"The LPGA Tour has never had better or more committed partners who see the commercial value in investing in women’s sports and who understand how their partnerships elevate women and girls on and off the golf course. As the home to the world’s best female golfers, the LPGA provides a platform to inspire young girls and women to dream big.”

The 2023 global schedule will take the LPGA Tour to 11 states across the United States and 12 countries and regions. Starting with the annual season kickoff at the Hilton Grand Vacations Tournament of Champions, the Tour will visit Asia before heading to Superstition Mountain Golf Club in Gold Canyon, Arizona, for the fifth playing of the LPGA Drive On Championship. Superstition Mountain, the home club for numerous LPGA Tour stars, hosted the 2004-2008 Safeway International, with a Hall-of-Fame list of winners in Annika Sorenstam (2004, 2005), Juli Inkster (2006) and Lorena Ochoa (2007, 2008).

The Club at Carlton Woods in The Woodlands, Texas, will make its debut as host of The Chevron Championship, the first women’s major of the season, with a newly elevated purse of $5.1 million. The following week, the JM Eagle LA Championship presented by Plastpro will join the Tour schedule at Wilshire Golf Club in Los Angeles, boasting a $3 million purse.

New Jersey will host four events in 2023, starting with the Cognizant Founders Cup at Upper Montclair Country Club in Clifton, the LPGA Tour’s annual celebration of the past, present and future of the women’s game. The Mizuho Americas Open at Jersey City’s Liberty National Golf Club will include 24 elite female amateurs competing in a concurrent AJGA Invitational, playing alongside their professional heroes. The Bay Course at Seaview in Atlantic City will host the 35th playing of the ShopRite LPGA Classic presented by Acer, and the swing through the Garden State will end with a minimum $9 million purse at the KPMG Women’s PGA Championship, just the second elite women’s competition to be held on the Lower Course at the famed Baltusrol Golf Club in Springfield.

Pebble Beach will host a women's Major for the first time

Two weeks later, the U.S. Women’s Open presented by ProMedica will bring female professional golfers to Pebble Beach for the first time, adding a new page to a history book that includes seven men’s majors. Players will compete for at least $10 million at one of the country’s most popular venues.

In July and August, the Tour will make its usual swing through Europe, opening in France with the Amundi Evian Championship and its $6.5 million purse. The AIG Women’s Open, which will be contested with a purse of at least $7.3 million, will take place at Walton Heath, host venue for the 1981 Ryder Cup. The LPGA Tour will then compete across the United States and Canada before heading back to Asia for the month of October.

The 2023 competitive schedule will culminate with back-to-back events along the Southwestern Florida coast. THE ANNIKA driven by Gainbridge at Pelican, featuring a purse of $3.25 million, will welcome 72-time LPGA Tour winner Annika Sorenstam as the official tournament host. Finally, the season will end at Tiburon Golf Club for the CME Group Tour Championship, with the winner receiving $2 million, the largest single prize in the history of women’s golf.

The 2023 season will also feature two exhilarating team competitions. The Hanwha LIFEPLUS International Crown, a team match-play competition that showcases the best female golfers from the top eight countries across the globe, will return to the LPGA Tour calendar for the first time since 2018 and will be held at San Francisco’s famed TPC Harding Park on May 4-7. And on Sept. 22-24, the Solheim Cup, featuring the 12 best U.S. players versus the 12 best European players, will be held at Finca Cortesin in Spain.

Yet again the LPGA Tour has demonstrated the value of their members and is widening the appeal of women's professional golf to more golf fans and bringing with it more brands and companies that see the value of investing in women's golf. Bring on 2023!