Tour: THE ANNIKA driven by Gainbridge at Pelican 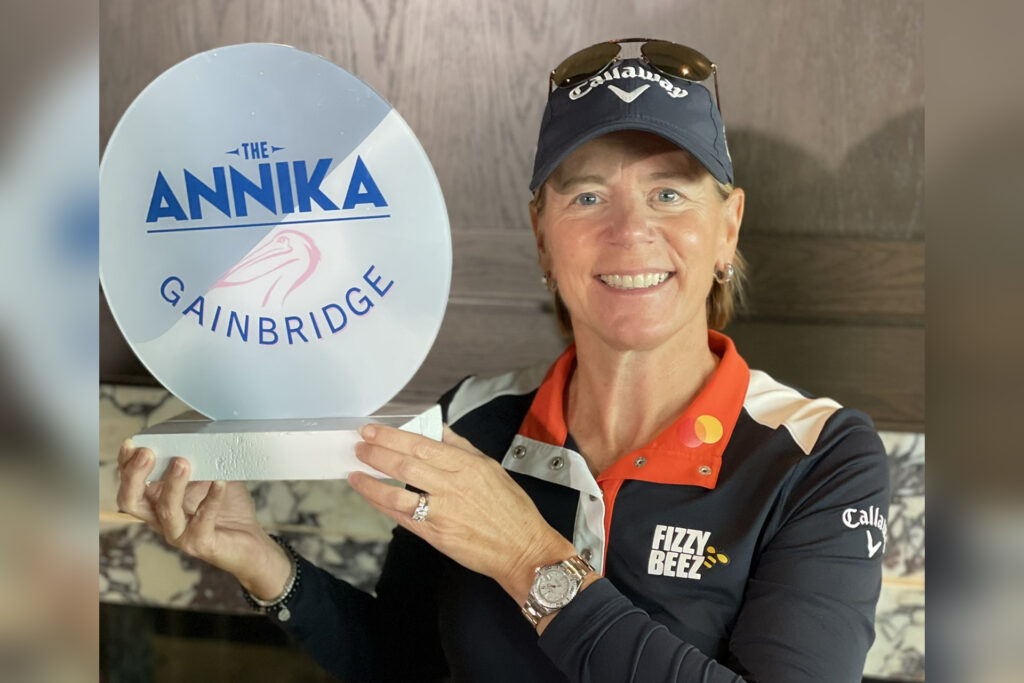 New partnership sees the Pelican Women’s Championship, the penultimate event of the LPGA Tour season, elevated in status and prize fund for 2023.

The Pelican Women’s Championship and the LPGA Tour have announced that starting in 2023, THE ANNIKA driven by Gainbridge at Pelican will feature a tournament purse of $3.25 million – the largest on the LPGA Tour outside of the major championships and the CME Group Tour Championship – with proceeds benefiting the ANNIKA Foundation.

The championship will feature a 120-player field competing at Pelican Golf Club in Belleair, Fla., for a share of the elevated $3.25 million purse and continuing to serve as the penultimate event on the LPGA Tour schedule.

As the sole namesake event on the LPGA Tour, Sorenstam will serve as tournament host, which will allow her to further integrate the ANNIKA Foundation’s initiatives and programs into Tampa Bay’s signature LPGA Tour event.

“Today’s purse increase announcement at The ANNIKA driven by Gainbridge at Pelican is a gigantic step forward for the LPGA and a fitting tribute to Annika’s enormous impact on women’s golf and on women’s sports more broadly. It is also a significant nod to the world-class talent of the current LPGA players,” said Mollie Marcoux Samaan, LPGA Commissioner.

“We are grateful to Dan Towriss, Dan Doyle Jr., and our friends at Gainbridge and Pelican for honoring and supporting Annika, her foundation and all our amazing LPGA Tour athletes. We look forward to this unique championship continuing to elevate the LPGA and the women’s game for many years to come.”

This year's Pelican Women's Championship tees off on November 10, you can view the live leaderboard here.