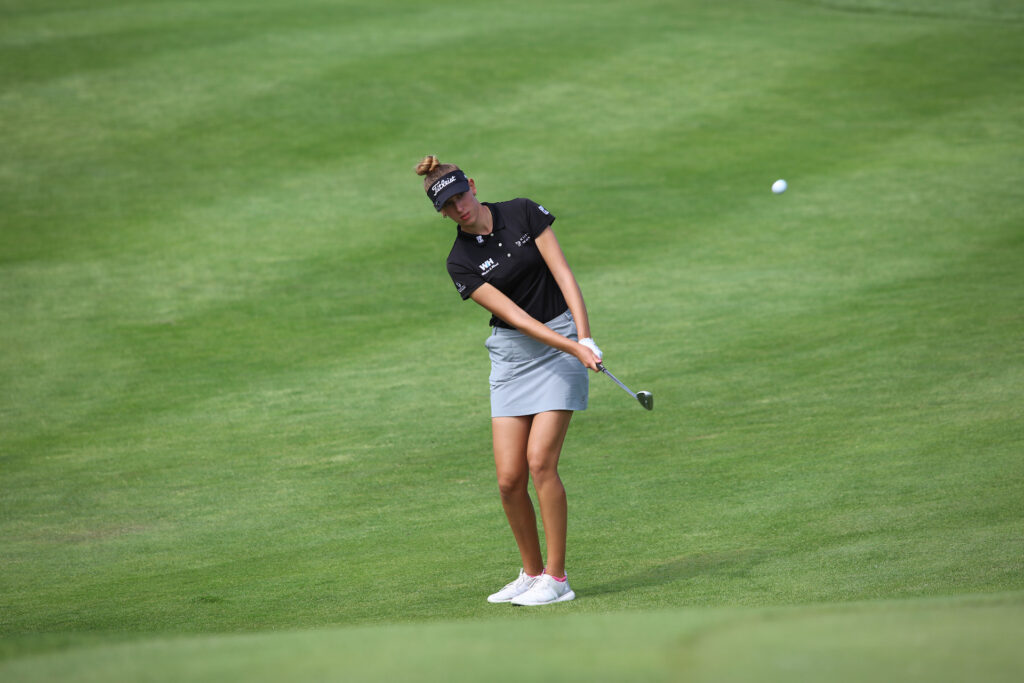 The Alps Tour and LETAS have joined forces again to co-sanction an event for men and women from both tours.

The LET Access Series (LETAS) continues the 2022 season with the eighth tournament of the year, the Hauts de France – Pas de Calais Golf Open in the north of France.

Unlike the previous year when all the players competed in a tournament where there was one prize fund and one trophy, this week is about two separate competitions.

The women will compete among themselves for the trophy, a prize pool of 40,000 EUR, and LETAS Order of Merit points.

The Aa Saint-Omer Golf Club will welcome 144 golfers with 64 LETAS players and among them are six of the top 10 on the LETAS Order of Merit.

They are led by the No. 1 in the rankings, 16-year-old Chiara Noja from Germany, who has already won this year at the Amundi Czech Ladies Challenge, alongside two runner-up finishes, one top-10 and one top-15 result.

New Zealand’s Momoka Kobori is the second player on the rankings, after she fantastically triumphed in her first-ever European start at Montauban, and the Kiwi is hoping France is her lucky country during her summer in Europe.

England’s Gemma Clews who sits in third on the LETAS Order of Merit is still waiting for her maiden win on the tour. The 27-year-old has seven top-11 finishes in all her 2022 starts including her best result in Denmark.

Another consistent player of the season, Swedish Anna Magnusson is also ready to secure her first professional win outside of her home country. The Swede, who has also competed in all LETAS events this year, has not finished outside the top-15 this season.

Two more players from the top 10 in the rankings will tee it up in France this week with Germany’s Patricia Isabel Schmidt, who has one runner-up finish to her name this year, and amateur Lauren Holmey – the 2022 Flumserberg Ladies Open champion – will both eye a top finish.

Xavier Poncelet, the defending champion from the co-sanctioned tournament played in 2021 in Italy, is also in the field in the men’s event.

The majority of this year’s winners on the Alps Tour will be competing as Italy’s Gregoria De Leo, Dutch golfer Koen Kouwenaar, and Manuel Morugan of Spain all have a win to their name this season.

The men’s event will also see some amateur stars including France’s Julien Sale who currently sits second on the Alps Tour Order of Merit, and Ukrainian teen star Lev Grinberg who made history in May as the youngest player to ever make the cut on the DP World Tour.

The 54-hole tournament started today, and after playing 36 holes, 35 ladies and 35 men plus ties will make the cut to play in Saturday’s final round in France.

Stay up to date with all the latest tour news and never miss section of the action!